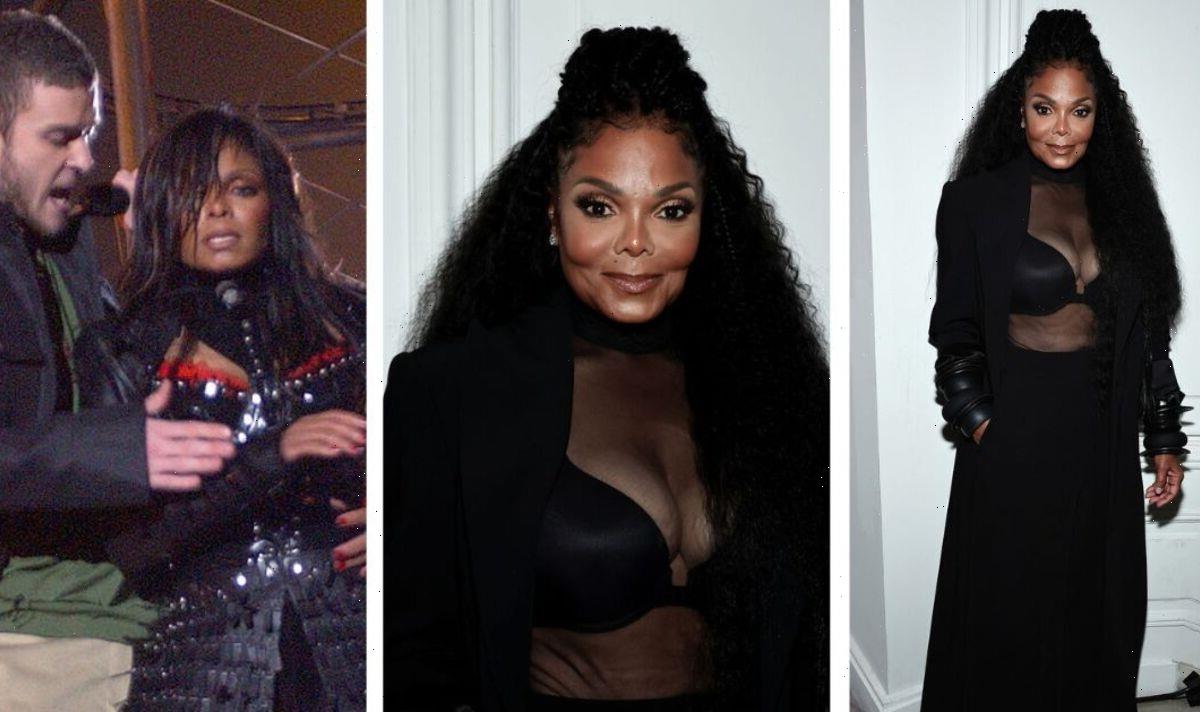 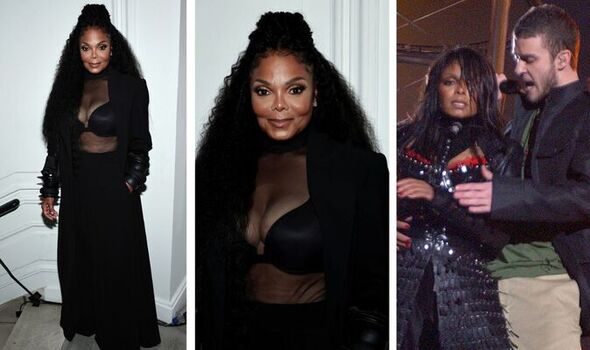 Janet Jackson bares her bra beneath a sheer top

Janet Jackson, 56, found herself at the centre of Superbowl drama in 2004 when Justin Timberlake accidentally exposed more of her body than he’d intended during a joint performance of his hit ‘Rock Your Body’.

She popped out of her costume, leaving a breast covered only by a star-shaped nipple tassel totally exposed.

Though the event caused embarrassment for them both, Janet seemed to have put all the controversy behind her when she posed in her sheer top at the Christian Siriano fashion show last week.

Part of New York Fashion Week, the event was held at the house of the late film starlet Elizabeth Taylor in Manhattan.

Janet wore a floor length skirt by the Christian Siriano brand, paired with a matching jacket and accessorised by an array of black bangles.

Meanwhile her long, curly hair, some of which she’d pulled into a high ponytail, skimmed her hips. 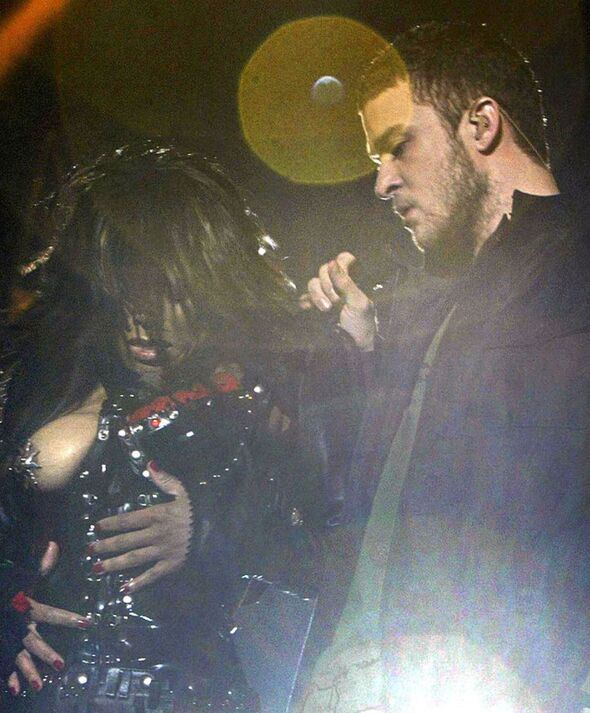 Janet Jackson previously performed at the Super Bowl in 2004

Justin Timberlake had ripped Janet’s top down, much to her embarrassment, to reveal a star-shaped piece of nipple jewellery. 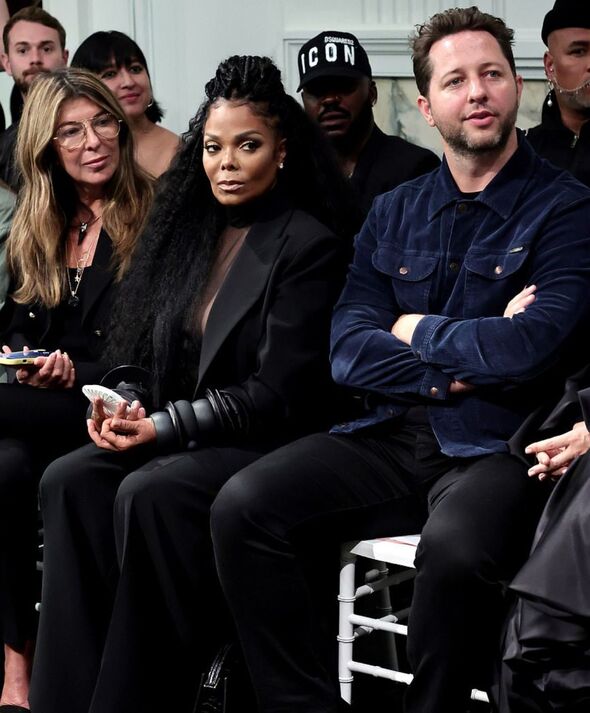 Janet Jackson took a seat at the star-studded event 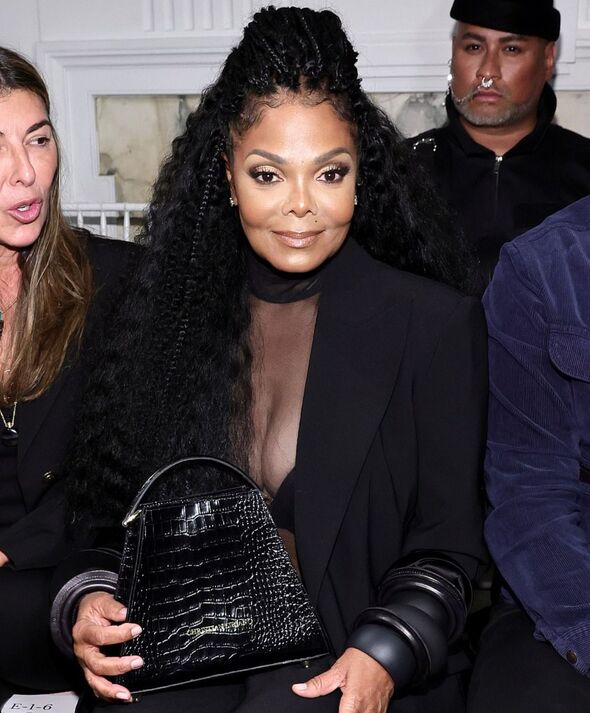 Janet Jackson, who clutched a crocodile leather handbag in her lap, showed off her impressive locks in a partial updo courtesy of Boombastic Braids by Rashida. 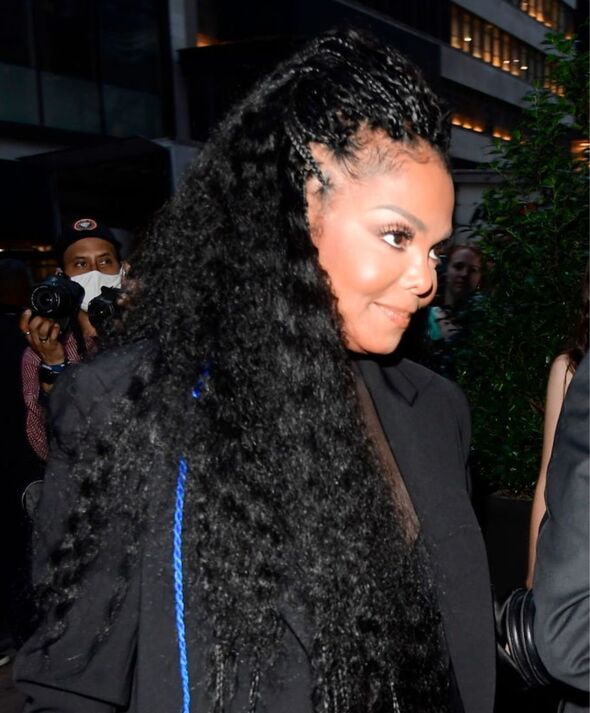 Janet Jackson was in a very historic Manhattan location

The fashion show event which Janet Jackson attended was held in a six-story townhouse which had once been the home of Elizabeth Taylor. 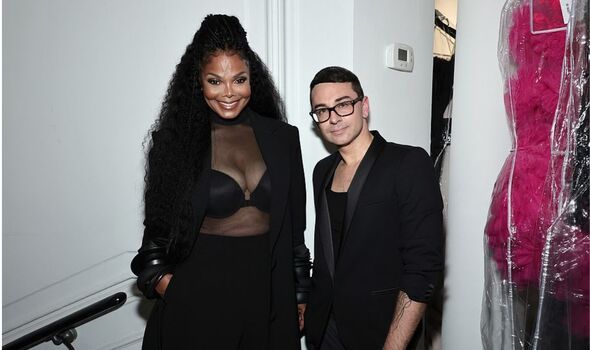 Janet Jackson posed for a photo with Christian Siriano himself

Janet Jackson grinned as she posed beside the fashion designer, while he admitted to AP that she and Madonna were on his “bucket list” as his ultimate icons, and he’d finally had the chance to make her some clothes. 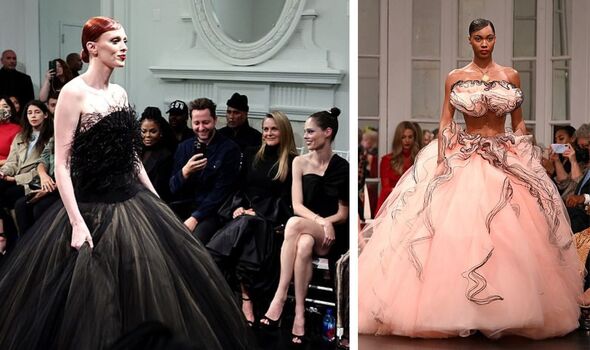