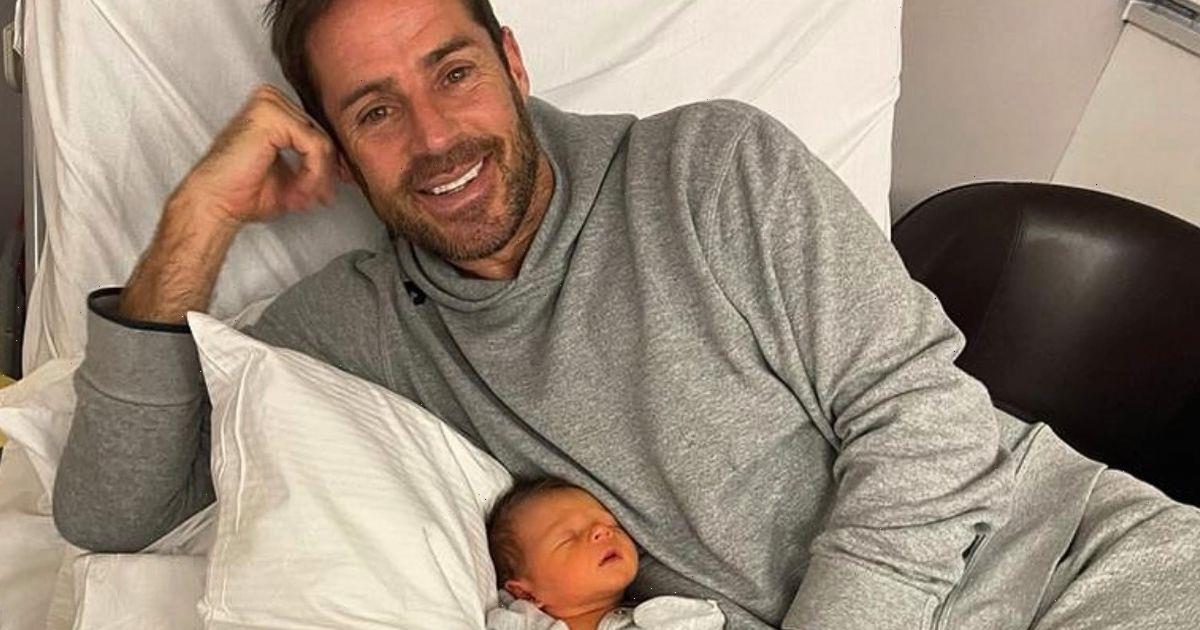 Jamie Redknapp has announced the arrival of his first child with wife Frida Andersson Lourie, weeks after marrying in a surprise ceremony.

The football pundit, 48, beamed with pride as he posed alongside the adorable newborn baby boy in a photo to announce the news, which he shared on Instagram.

In the image, Jamie looks blissfully happy as he lays next to the sleeping newborn.

He is wearing a grey tracksuit and is resting his head on one hand and has his other hand on his sleeping son.

Meanwhile, snoozing newborn Raphael is matching his dad in a grey sleep suit and sweet mittens over his hands. New dad-of-three Jamie then revealed the couple have called their tot Raphael Anders Redknapp in the caption.

He told his followers: "Meet Raphael Anders Redknapp we’re so In love , mum is doing so well too .

"We can’t thank the amazing doctors and nurses at the Chelsea and Westminster enough".

Proud dad Jamie shared his excitement over his eldest sons Charley and Beau meeting their new little brother as he ended the caption with: "So excited for him to meet my boys".

The arrival of Raphael comes weeks after Jamie and Frida tied the knot in a low-key ceremony in London.

Celebrity friends and fans rushed to the comments to congratulate the parents on their new addition.

"Welcome Raphael" a third said followed by a string of blue heart emojis.

For the latest showbiz reports and breaking news visit http://www.ok.co.uk/celebrity-news.