Jamie Oliver appears on Channel 4 tonight cooking recipes from his new book, ONE: Simple One-Pan Wonders. The chef recently made headlines when he took to Downing Street to fight obesity, a battle the 47-year-old has been fighting since 2010. As part of his TV show “Food Revolution”, Oliver ground up chicken meat – and bones and skin – in a bid to put children off chicken nuggets.

His mission was described as follows: “I wish for your help to create a strong, sustainable movement to educate every child about food, inspire families to cook again, and empower people everywhere to fight obesity.”

During the protest, he held an Eton Mess in his hand, which represented the “privilege and mess that is our British government”; the Government had at the time delayed a ban on junk food advertising and multi-buy supermarket deals.

Writing for The Guardian, Oliver said: “At a time when child obesity has had the biggest annual spike since records began, and when kids from lower-income families are twice as likely to be obese, Boris Johnson and the health secretary, Sajid Javid, have U-turned on the central policies in their own obesity strategy.” 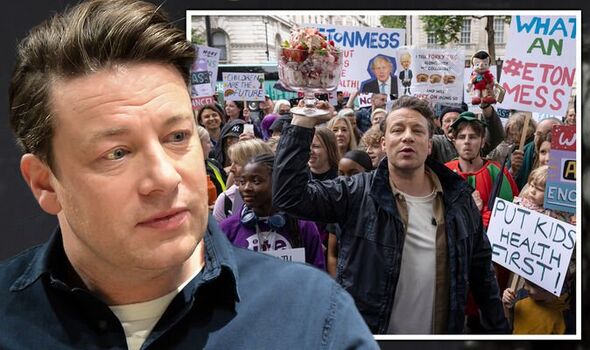 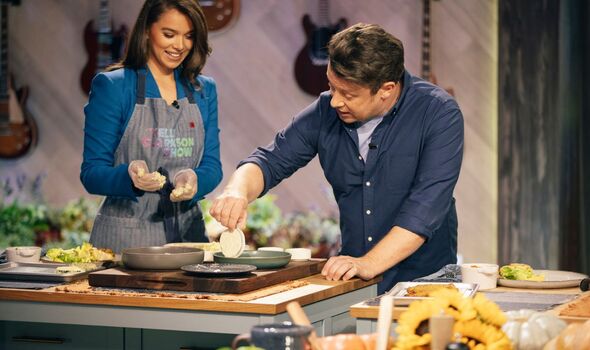 However, while Oliver has been well-received by many, others have taken aim at his efforts, arguing that he is ignoring vast swathes of the country who cannot afford to follow his dietary guidance.

Director of Cieo and Spiked columnist, Joanna Williams, is among those who have hit out at the chef.

In a recent column, she claimed his war on obesity was actually snobbery, arguing that he was repulsed by the tastes of the “ordinary people”.

Writing in May, Ms Williams said: “As Oliver’s Guardian article begging us to think of the fat-but-poor children reveals, the mockney millionaire’s real target is not posh people at all, but those of us who start our weekly shop by looking to see what’s on special offer, not what’s currently in season.

“Oliver expresses pity for the deluded masses, too foolish to realise that ‘multi-buys are carefully designed to make people spend more money not less’.

“But pity is only ever one small step away from contempt. As we’ve long since known, it’s the Turkey Twizzler-eating hordes that truly disgust Oliver.

“He is cross with the government for not forcing ordinary people to change their ways.” 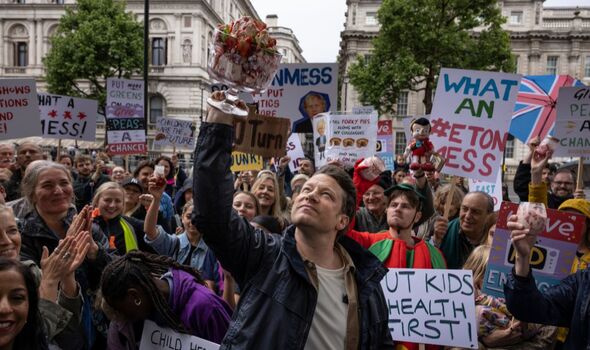 Williams blasted Oliver for not having a problem with using giblets and turkey necks to make gravy but is appalled with chicken nuggets.

On his website, Oliver also has a recipe for “proper chicken nuggets”, which have a wholemeal bread and parmesan crumb coating, and are oven baked to “lower the calories”.

She continued: “A quick flick through one of his cookbooks is enough to make clear that it is the people who consume cheap food, rather than the cheap food itself, that gets Oliver riled up…

“So what’s the difference? Chicken nuggets are cheap to buy, quick to cook and easy to eat.” 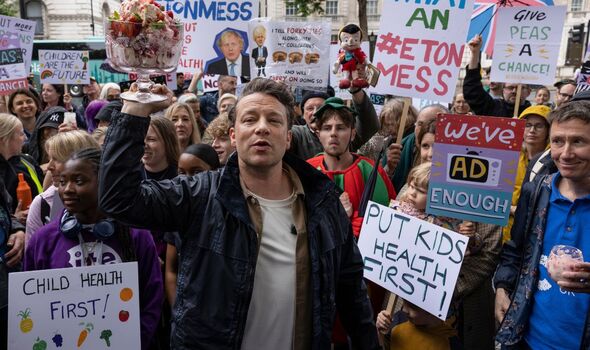 He added: “The solidly middle-class Oliver is ideally positioned to tilt at both the posh public-school culture of Boris and his chums and at the tastes and dispositions of the working class.

“In appearing to criticise the Tories, while expressing pity for the poor, he perfectly taps into the vibe of today’s cultural elite. This is a shtick Oliver has long been practising.”

Oliver’s next book, One: Simple One-Pan Wonders, will be out next month. His ‘One-Pan’ cooking show on Channel 4 will air tonight at 8.30pm.