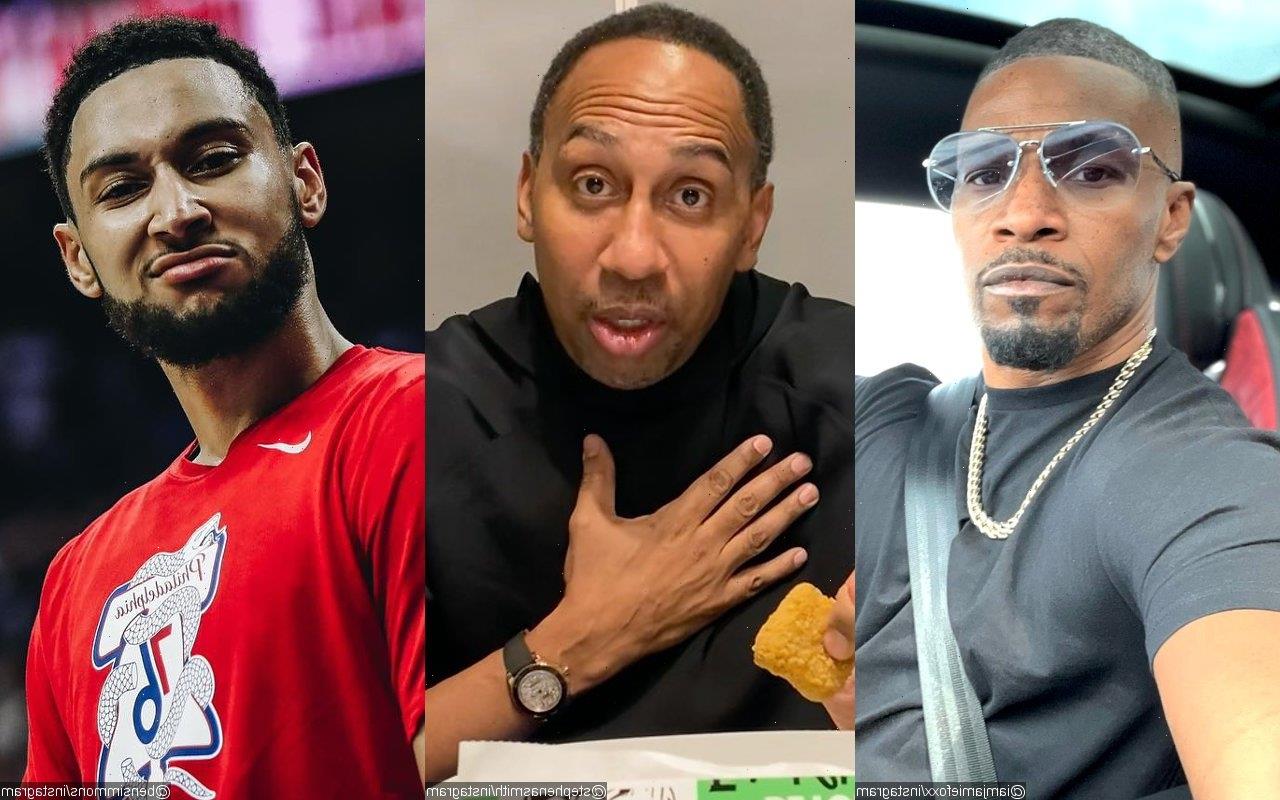 In a since-deleted social media post, the ‘Django Unchained’ actor asks the ESPN commentator to stop talking bad about the NBA star after the latter was ruled out for Game 4.

AceShowbiz –Jamie Foxx has called out Stephen A. Smith over his “unfair” remarks about Ben Simmons. Making use of social media, the “Django Unchained” actor urged the ESPN commentator to stop talking bad about the NBA star.

In a since-deleted Monday, April 25 Instagram post, Jamie wrote to Stephen, “That is completely unfair @bensimmons has a family this man has people that love him and this man just plays basketball but to be dragged through the mud like this is unfair.” The comedian and sports fan went on asking Stephen, “And why is it @stephenasmith you only go at basketball players?”

“You completely mute when it comes to the Tom Brady‘s the Aaron Rodgers of the world,” Jamie continued criticizing Stephen. He then concluded his message as saying, “You get where I’m going… stop it bruh it’s out of bounds.”

Earlier that day, Stephen ranted about “pathetic” Ben, who was ruled out by Brooklyn Nets for Game 4 against the Boston Celtics on Monday, April 25. “Nobody is worse than Ben Simmons. Ben Simmons might also be the weakest, most pathetic excuse for a professional athlete we have ever seen in not just American history, but the history of sports,” ranted Stephen. “I ain’t being sensitive to no damn Ben Simmons. It’s a punk a** move that he’s been doing. It’s embarrassing.”

“This is one of the most pathetic situations I’ve ever seen in my life. He ain’t going to war. He ain’t going into the octagon. He’s not going into the boxing ring. It’s pulling teeth to get this man to play basketball. It’s pathetic. It’s sad,” Stephen continued mocking Ben. “And at the end of the day, when the NBA gets in the collective bargaining table, and they go after the players in terms of a pay-for-play stipulation in the collective bargaining agreement, it’s going to be called the Ben Simmons Rule.”

Not stopping there, Stephen sarcastically lamented, “I feel bad for anybody who was his teammate.” The TV commentator further said, “He quit on LSU. He quit on the Philadelphia 76ers. And now, he ain’t showing up for the Brooklyn Nets. We can point to all the excuses, all the rationale behind it that we want to. I do recall, despite him not playing, he still filed a grievance to collect $20 million that he has not earned.”