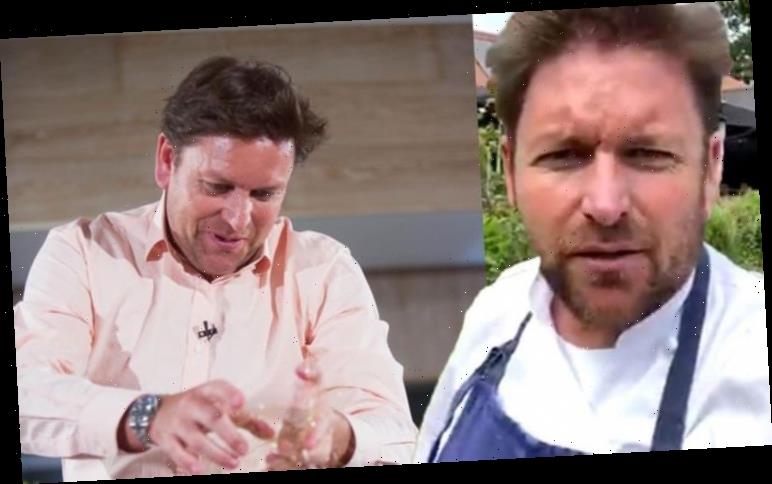 While Saturday Morning chef James Martin, 48, recently revealed he will be launching a webshop alongside his restaurant, he has now shared a filming update about his ITV show with his fans on Twitter today. The ITV favourite is set to continue filming his programme after taking a break from production due to the coronavirus outbreak.

Speaking to his 685,000 Twitter followers, the This Morning star divulged: “Hello people. Thanks for the response. Wow.

“What a response from yesterday regarding the webshop. Unbelievable.”

After James realised he didn’t mention when his new shop would be launching, he shared: “I forgot to tell you when it’s going to be launched! 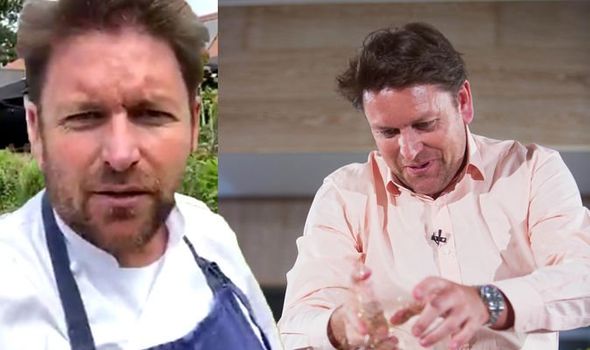 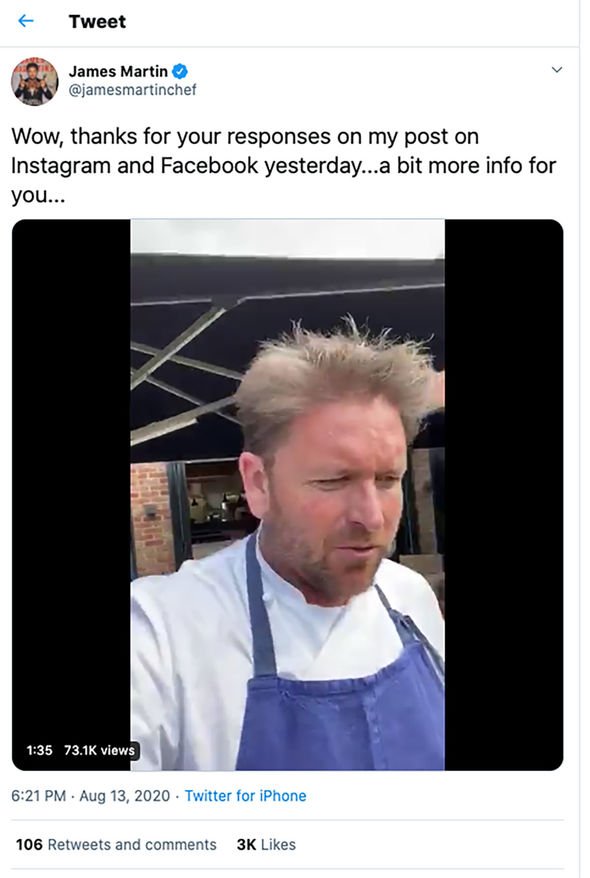 “Hopefully in the next 10, 14 days, something like that. Like I said, I’ve been working on it for about four or five months now, and we’re just dealing with the deliveries and stuff like that.”

Shortly afterwards, James turned his phone to give his fans an insight into a children’s cookery class which was taking place at the same time.

“Look at that, we’ve got a cookery class today, in there,” he added.

“A kid’s cookery class this afternoon.” 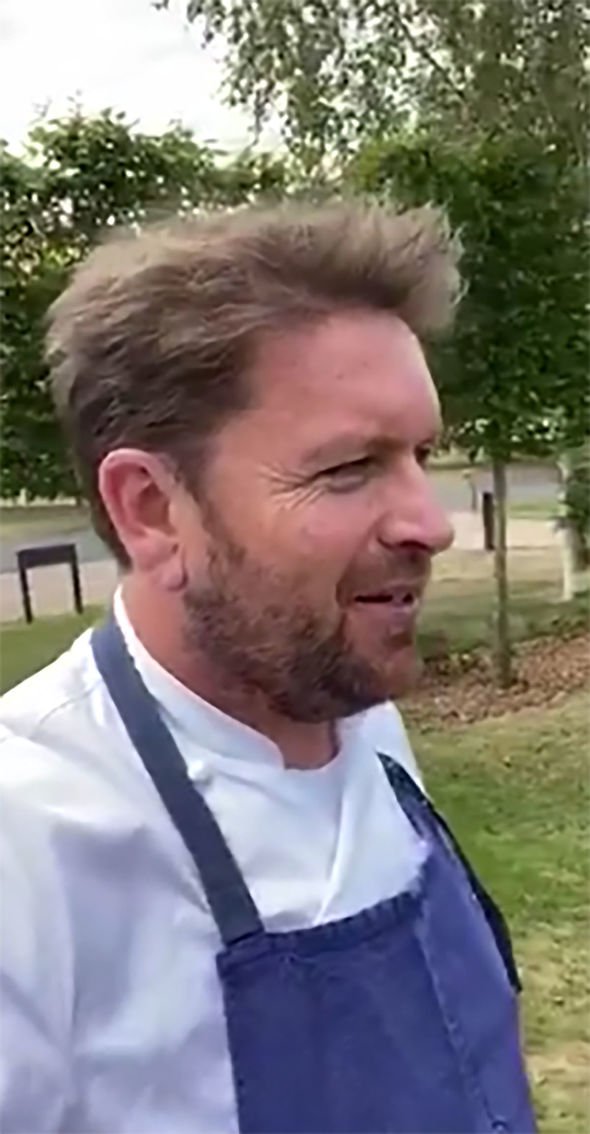 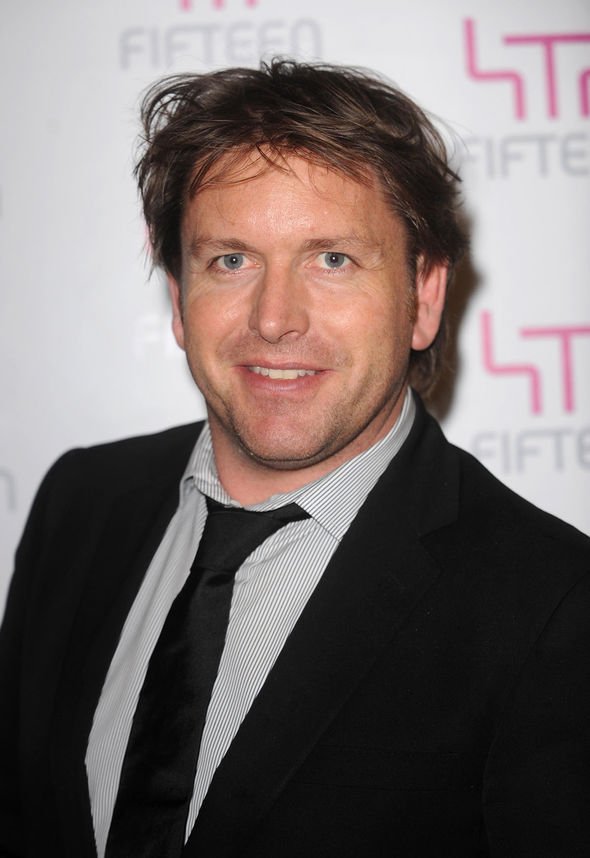 The chef continued: “But yeah, the webshop will be launched and opening in just a few weeks. I’ll keep you posted, and hopefully, you’ll like it.

“It’s taken a lot of work by the team putting it all together, a lot by the suppliers as well.

“But on there, you’ll be able to get signed books as well, personally signed books when I’m not in this kitchen.”

James went on to discuss how busy his restaurant has been lately, shortly after pubs and restaurants reopened last month.

“We’re again fully booked for dinner, it’s unbelievable. So, I want to say thank you for all of your comments. Thank you to all of the customers as well,” he stated.

He then went on to talk about his plans to continue filming more episodes for his cookery show.

“Yeah, hopefully, you’ll like it and I’ll either see you here or on TV because we’re back filming, we’re all excited about that, on Tuesday, next week at my house,” he announced.

“We’ve got some great guests lined up, some great chefs have confirmed so fingers crossed. I’ll keep you posted, it could be in a couple of weeks but we’ll see. Take care of yourself.”

Fans were quick to express their excitement over James’s news, as one shared: “Total admiration for you James x you are rolling your sleeves up and doing something to help your fellow businesses x can’t wait for the webshop!”

Another went on to add: “Congratulations on the forthcoming launch of the webshop, I’m sure it will be a roaring success.”

A third commented: “What a top bloke! No arrogance just genuine appreciation for the support from his fans.

“And a pretty decent Cook as well.”