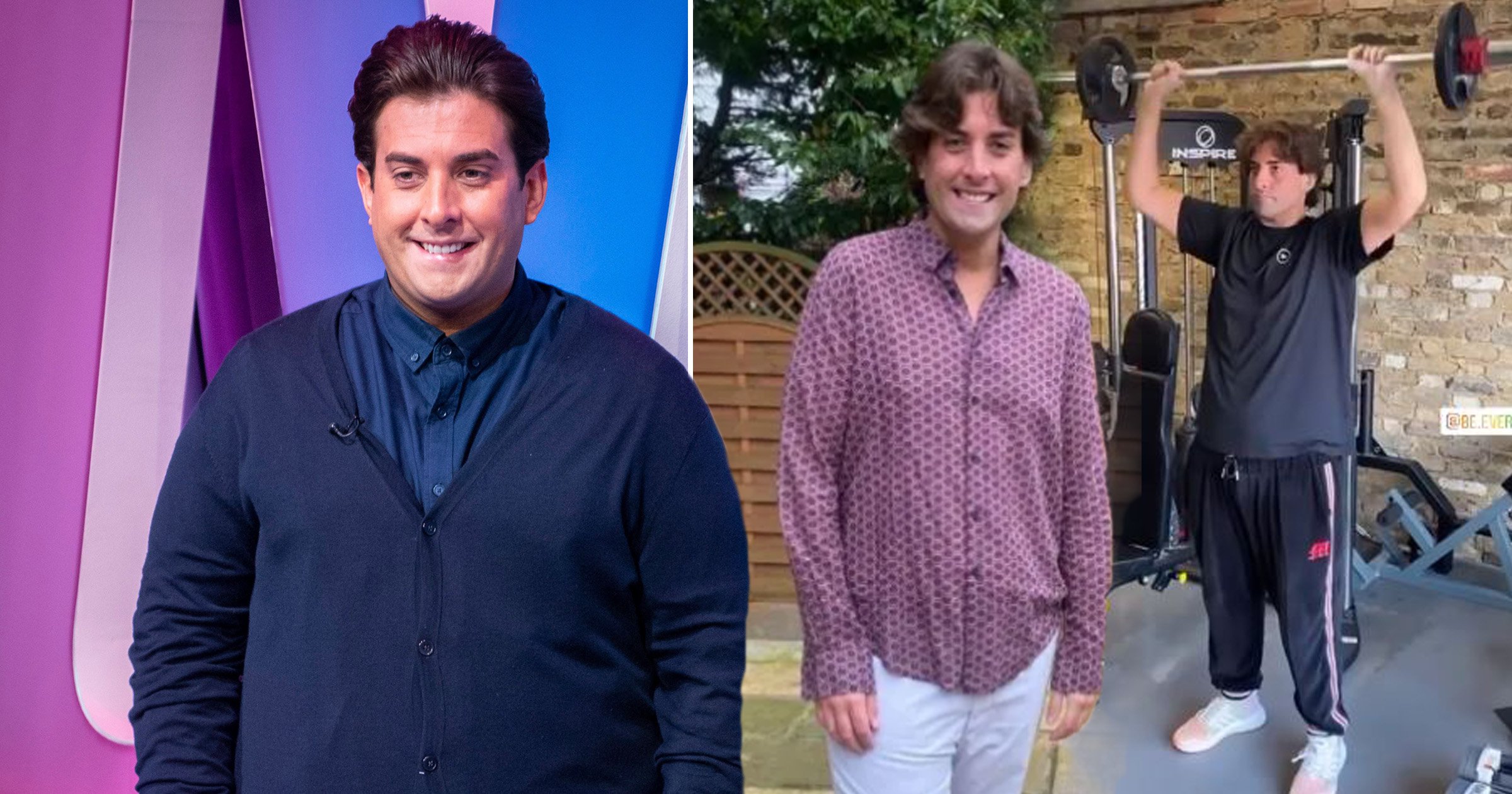 James Argent has lost an incredible nine and a half stone in weight since starting his health and lifestyle overhaul, after being warned to ‘lose weight or die’ by doctors.

The Towie star, 33, who is also known as Arg, had been warned he must lose weight after reaching 27 stone at his heaviest, and has slimmed down with the help of a gastric sleeve as well as changing his diet and exercising.

Arg’s lifestyle change came following a near-fatal overdose on Christmas Day in 2019, after which he sought help to beat his drug and alcohol issues.

The reality star has since returned to work singing at Elliott Wright’s restaurant Olivia’s in Marbella and has kept fans updated with his progress.

In May, James had opened up about his battle with his weight, explaining during an appearance on Steph’s Packed Lunch: ‘I’m four stone lighter now. It’s a really good start.

‘Four stone out of 11 or 12 might seem like a drop in the ocean but I’m pleased I’ve made progress already.

‘I feel so much happier already, I feel healthier already, I’m lighter on my toes, I’m more confident. I’m really loving life at the moment.’

Arg is now well on his way to his target of losing ’11 or 12 stone’ after revealing that gaining weight in lockdown had affected his confidence.

He explained: ‘It felt horrible, I was always extremely uncomfortable, I couldn’t look at myself in the mirror. It felt depressing and it just wasn’t me.

‘Now I’m starting to feel like myself again and I’m excited about what the future is going to bring.

‘It was scary being 27 stone… It was serious, doctors were telling me how dangerous it was… I knew it was something I had to address pretty quickly.’

His best mate and Towie co-star Mark Wright, 34, has also supported Arg with his journey, including getting in the gym together.

A source told The Sun: ‘It’s a lot but he’s determined to do it because he is feeling so much healthier following his operation. He’s been getting a lot of support from Mark.’

They added: ‘James has never felt better in his life and the weight has dropped off far more quickly than he ever expected. It’s made him realise he can lose even more weight so he plans to just go for it.

‘The only downside is he is having to buy a whole new wardrobe. But he’s binning those items he no longer wears or which drown him so he’s not tempted to pile back on the pounds. James is making a change for life.’