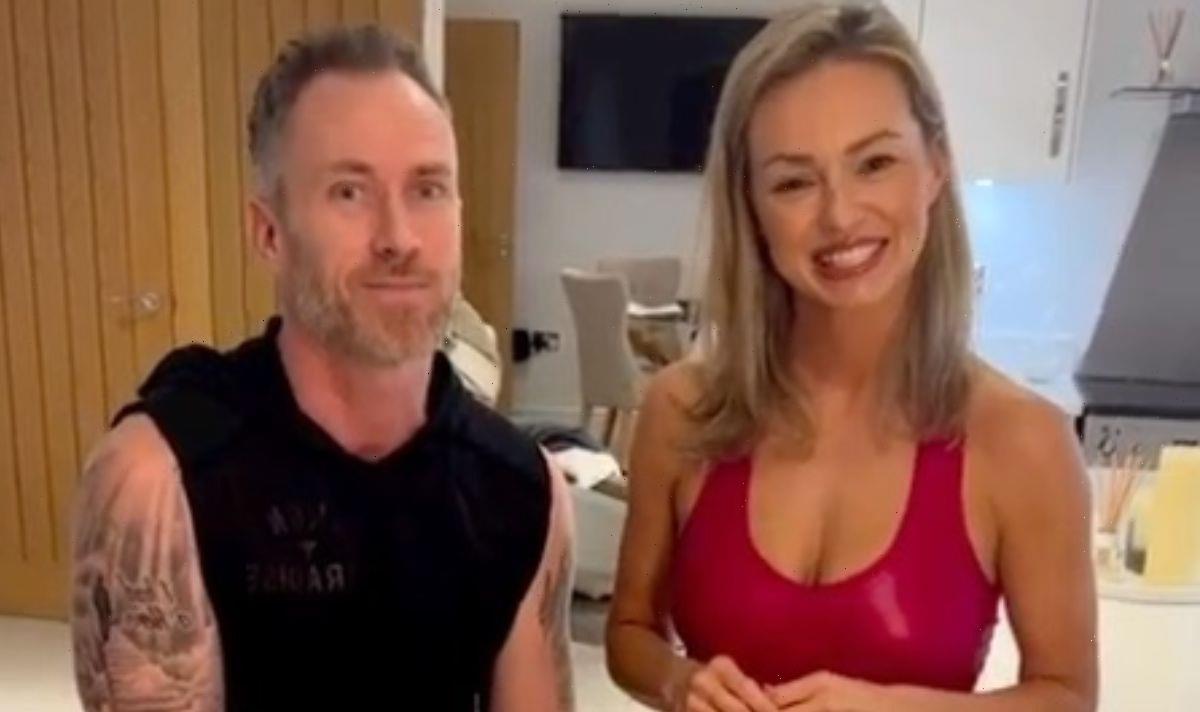 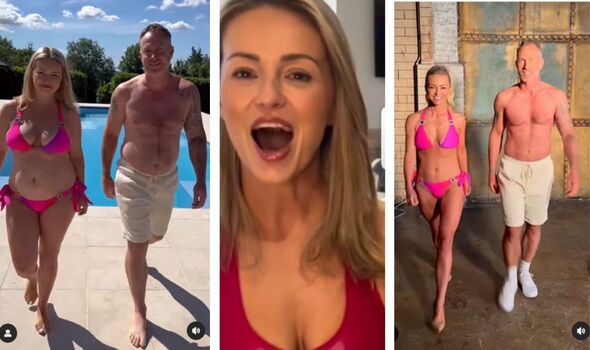 The pair received a “wake-up call” after realising they were no longer fit enough to play with their toddler daughter, Ella, and decided to shed a combined six and a half stone through their exercise regime.

James and Ola Jordan are former Strictly Come Dancing stars who were desperate to regain the figures they’d previously had.

On Boxing Day, James explained he’d let the pounds pile on to the extent that he was regularly out of breath and could barely kneel down to tie his shoelaces.

The couple had been occupied with caring for their adorable two-year-old daughter Ella, who was conceived with the help of IVF, and had forgotten to maintain their routine at the gym together.

The pair shared video footage to their Instagram accounts, with a combined total of 566,000 followers, showing a slow-motion transformation of the pair then and now.

“The first two weeks were quite dramatic. We lost two stone between us in a fortnight. Pretty crazy, eh?” the pair announced, before inviting their fans to check out their fitness training regime website, Dance Shred.

James said when he saw a picture of himself and wife Ola stripped down to their swimwear by the pool, it gave him “a kick up the bum”, prompting them both to embark on a fitness journey to regain their figures from their Strictly days.

Although their Instagram footage displayed them getting fit and toned over the course of just six seconds, their before and after transformation took much longer in reality – but through a combination of returning to their dancing roots and choosing smaller portion sizes at meal times, they succeeded.

James has posted footage of himself dancing around the kitchen and twirling two-year-old Ella around with him, demonstrating how he and Ola began to lose weight.

Although they made it clear they weren’t placing fans under any pressure to replicate their results, urging them not to feel “guilty” about devouring chocolates and Christmas pudding over the festive season, Ola and James Jordan are also offering their website Dance Shred as an option for those who are looking to rid themselves of any excess weight.

James recently posted a picture of him and Ola from way back when, featuring himself with a much longer hairstyle – and he has since explained it is the pair’s younger years that they are seeking to recreate in terms of their bodies.