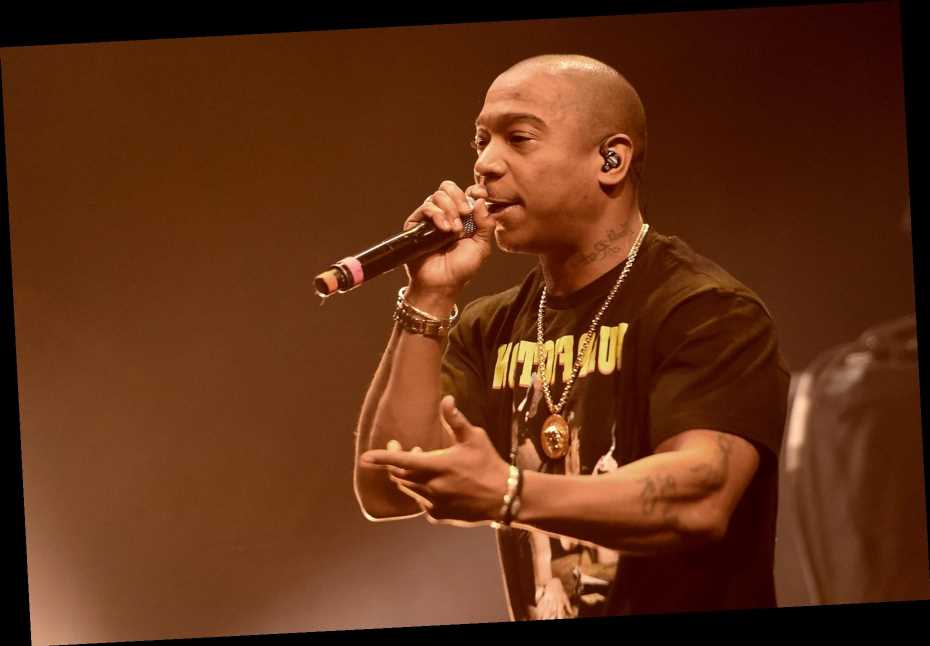 Unfettered froth and chaos hit Wall Street this week. What started as a Reddit group of retail investors pitching money into “meme stocks” like GameStop quickly snowballed into a David-and-Goliath story involving multibillion-dollar hedge funds, financial government agencies, and even U.S. senators. On Thursday, investment app Robinhood abruptly delisted stocks with high volatility, preventing millions of people from trading in the likes of GameStop and AMC — and prompting rapper Ja Rule to wade into the conversation.

“Yo this is a fucking CRIME what @RobinhoodApp is doing,” the rapper tweeted. “DO NOT SELL!!! HOLD THE LINE… WTF.” Ja Rule, whose real name is Jeff Atkins, spoke with Rolling Stone in a video chat on his new app Iconn — which he developed in tandem with the Fyre Media engineering team and plans to launch out of beta in the coming weeks — about market volatility, cryptocurrency, and his personal stock picks.

How long have you been following the Robinhood-Reddit-GameStop saga?
For a week or so, I’ve been following that Reddit group [Wallstreetbets]. These guys have been fighting back. The big Wall Street guys have been shorting these stocks. These guys decided to make the stock go through the roof, which in turn makes the big whales that shorted the stock now have to buy it, which drive it [up] even more. That helped the little guy make a lot of money and I thought that was very interesting. It was an uprising of people tired of getting pushed around.

This whole thing reminds me of the Roaring Twenties. It feels like that era again, just after the Spanish flu and with a lot of new sprout-up companies and ideas and a real separation of class. I kind of see the beginnings of that happening right now.

Are you yourself a Robinhood user?
Absolutely. I love Robinhood. You know what’s so crazy: Just a day ago, I tweeted great things about Robinhood, telling people it’s an amazing app and everyone should get it. And then this happens. And I’m like, wow, what a difference 24 hours makes. I still think the concept is amazing — putting the power of trade in people’s hands. It gave you the feeling of being on the [trading] floor. You know when you’re watching those movies and people are like “Buy! Buy! Sell!” You’re in the action. Then this, today, when they shut off all those stocks? That felt very wrong.

But if you throw in the fact that the place you’re trading shuts off trading for the stock and you can only sell… that makes people very scared and now people sell, sell, sell, and those [Wall Street] guys get very rich off the stock and the little guys are left holding the bag. So I was very upset this morning to see that.

Do you or did you have shares in GameStop?
I do not — I missed that one.

Can you share some of the stocks in your Robinhood portfolio?
I’ve got some good ones. I have my iron-clad stocks: Apple, Microsoft, the big Fortune 500 companies. Plug, a power company. Nike — I like Nike, I wear a lot of Nikes. I also have Twitter. The thing I like about Twitter: I got it right around when Trump became president, because I knew this guy was going to say some crazy shit and it would drive the stock of Twitter. And it did. I bought it at $12 and it’s now at $51, so that was a good buy. Another great buy for me was Workhorse, which manufactures self-driving electric trucks and those flying little bike things that police are starting to use. I was onto something with this company. I bought it when it was a penny stock, at around 80 cents, and today they’re at $34.

If you like Workhorse, are you also into Tesla or NIO?
Yes I do have Tesla stock. It’s been amazing. I caught it on the stock split as well. I bought it at $205 and right now it’s at $844. They say Tesla might go to $2,000 again, even after the split, which is cool.

Did Covid-19 change your investment strategy?
I thought it would be a good time to buy, because when there are pandemics or disasters, people like to pull money out and get real cash. But I didn’t know the markets would do this well. It started to make sense because what else are you going to buy? There are no stores open; there’s no way to really go out. So people, with stimulus money or the money they would have used to buy a nice bag or nice shoes, are saying “Fuck it, I’ll buy stock and try to make some money.”

Tell me more about this app we’re using now, Iconn.
We’re getting ready to launch real soon. Building out this app has been taking up a lot of my time. We’re still working out some of the kinks, getting it right, but we’re weeks away. The great thing about this platform is that it’s Covid-friendly — people can come on here and monetize our content. I’m going to do some live stuff on here, like my live concert series called Vibes that I’m putting together. This is what it’s about: When you see an artist go live, you want this right here — the interaction, the ability to say “Hey, what’s up?” to the artist. You miss that, a bit, when you just perform. Vibes is a more intimate concert and it’s about artists doing the classic albums and the stories behind them.

Who are some artists you’ve enjoyed following in quarantine?
My good buddy Fat Joe has been doing a great job coming on and entertaining people. Of course Swizz and Timbaland with Verzuz, and D-Nice and Club Quarantine. Tory Lanez with his Quarantine Radio thing. Swae Lee did a good concert in his studio with crowd noises and stuff. But it’s been hard to really put those things together without bells and whistles and have it be, you know, good content.

Have you discovered any new music in quarantine?
Well, my son now makes music. But he’s not following his dad’s footsteps. His group is called Yard Sale, and they do hyperpop. I’m anxious and excited to see where it goes. I think the beauty of hip-hop is that we’re able to branch out into all genres of music and pair up and make good mashups.

To bring this full circle: Do you give your son investment advice?
I do. I talk with my sons and my daughter all the time about what’s going on, educating them on things to look out for and all that. They all have Robinhood accounts. They don’t day-trade, though — I taught them about the long-haul, growing their portfolio that way. When you get older and you get better, maybe you want to take on a little bit more risk — that’s where Dad’s at right now — but I tell them to put a little money here and look at it in a year or two and see what that is for you.

Robinhood vs. Wall Street: How do you see this ending up?
I see it ending up as a victory for bitcoin.

We’re getting to see, in plain sight, how broken this system really is and how it’s leaned toward one particular group of people to get wealthy and others to not. I think this is going to drive people more toward decentralized markets, and bitcoin will be at the forefront of that. I’ve also mined my own coin — there will be Iconn currency as well. You’ll be able to use that on this platform down the road.

Isn’t bitcoin a pretty risky asset right now, given how volatile the price has been?
But when people say that, I say: Look at what happened today. People are losing money. The depressions, recessions we’ve had — they’ve come from our economy, not bitcoin. And people say, “Oh, bitcoin is used to buy guns on the dark web and stuff,” but I say, “Well, what the fuck do you think they’re buying guns with now? They’re using cash. Real money.” I scoff at those arguments because it downplays what decentralized currency can do.

Do you have a bigger stock portfolio or crypto portfolio right now?
Stock. But, you know, the answer to that question will probably be different in six months after I announce my coin and stuff.

And what about what’s going on right now in the market?
I want to say to everybody who had some money on those things: Hold on. Hold the line. Hold the stock. Don’t get scared and sell it in fear, because eventually they have to let these companies back on the trading market and they’ll be available. You don’t lose money until you sell it. I know you start seeing your money shrinking and leaving you and you’re like, “Hold up, I need to save it before it’s all gone” — but you’ll be all right.