Jennifer Lopez and Ben Affleck are engaged! And while they clearly had no problem sharing the news with fans (J.Lo wrote an entire newsletter post about it, lol), they’ll be keeping details of their ceremony entirely secret due to what happened last time they were planning a wedding.

A source told Page Six that “After the last time [they got engaged], there won’t be any announcements of when and where they are getting married. They will just do it and then announce.” The source then added that “Friends will be invited to something like a birthday and then it will turn out to be a wedding and they will get married in front of like 30, 40 people” and that J.Lo doesn’t want to “jinx” things this time around. 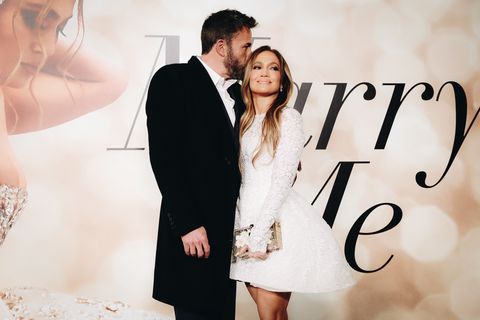 Quick reminder: Ben last proposed to Jennifer in November 2022, and she told Diane Sawyer that it was “traditional but also in a very spectacular way, as of course Ben would do it…it was very, very beautiful.” However, there was such a media frenzy around the wedding that Bennifer ended up canceling it.

The couple called their wedding off in a joint statement just days before the wedding in September 2003, citing said media frenzy as the reason:

Just a few months later they confirmed their split with a statement from J.Lo’s rep that read, “I am confirming the report that Jennifer Lopez has ended her engagement to Ben Affleck. At this difficult time, we ask that you respect her privacy.”

So, like, yeah. Can you blame them for keeping things private this time around?