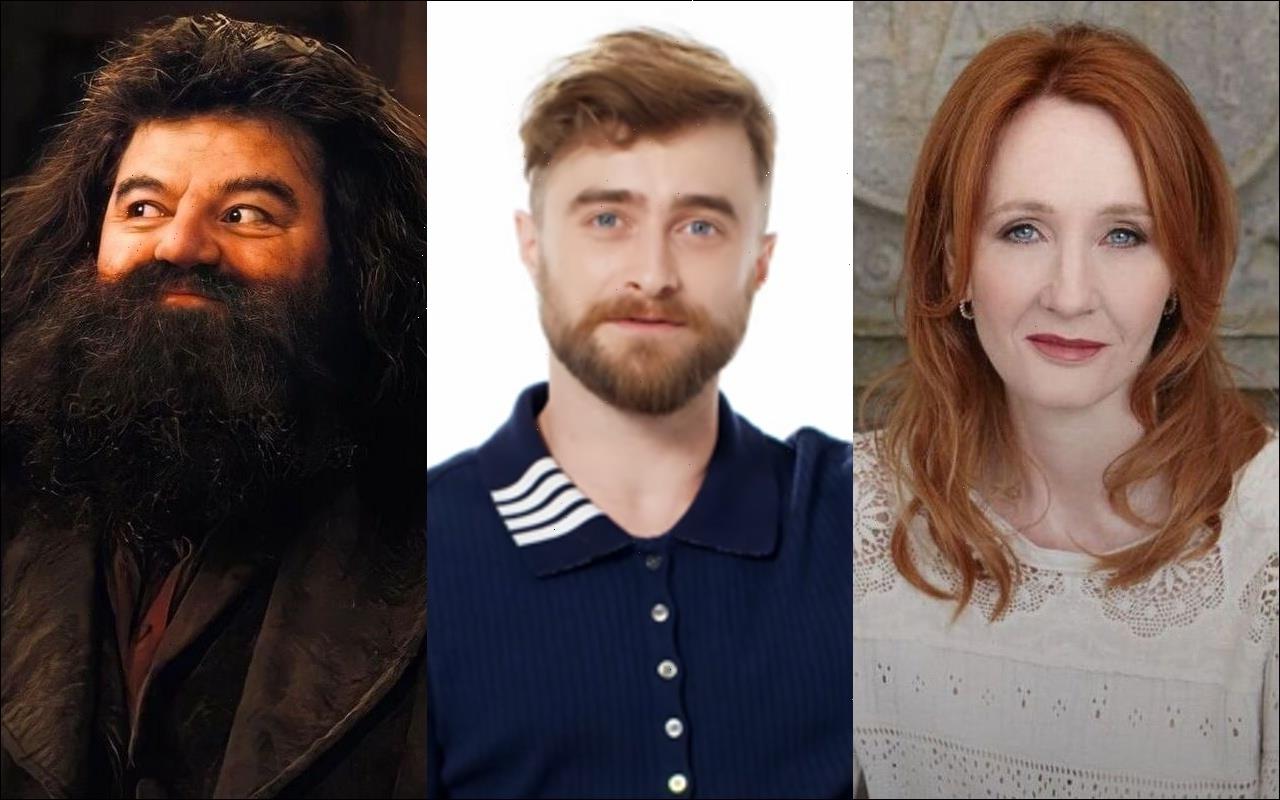 The ‘Harry Potter’ author and the ‘Potter’ main actor have led tributes for the Hagrid depicter shortly after the British star was announced to have passed away.

AceShowbiz –J.K. Rowling has lauded the late Robbie Coltrane as a “complete one off” and thanked him for making her laugh. After the actor, who played beloved Hogwarts gamekeeper Hagrid, died on Friday, October 14 aged 72, the “Harry Potter” writer led tributes from those involved in the movie franchise.

“I’ll never know anyone remotely like Robbie again. He was an incredible talent, a complete one off, and I was beyond fortunate to know him, work with him and laugh my head off with him. I send my love and deepest condolences to his family, above all his children,” she tweeted around half-an-hour after his passing was announced.

“I’ve especially fond memories of him keeping our spirits up on ‘Prisoner of Azkaban,’ when we were all hiding from the torrential rain for hours in Hagrid’s hut and he was telling stories and cracking jokes to keep morale up.”

“I feel incredibly lucky that I got to meet and work with him and very sad that he’s passed,” Radcliffe added. “He was an incredible actor and a lovely man.”

Fred Weasley actor James Phelps recalled Robbie Coltrane’s kindness on the Potter films, saying on Twitter, “I’ll never forget in September 2000, Robbie Coltrane came over to a very nervous 14yr old me on my 1st ever day on a movie set and said ‘Enjoy it, you’ll be great.’ Thank you for that x.”

Among the other actors paying tribute was “Line of Duty” ‘s Daniel Mays, who tweeted, “Incredibly sad to hear about the great Robbie Coltrane. Knock-out in so many performances, ‘Harry Potter’, ‘National Treasure‘, but it was Fitz in TV classic ‘Cracker‘ that stands out for me. No one else could’ve played that role the way he did. Lead acting at it’s finest.”

Robbie’s old friend and former co-star Stephen Fry tweeted, “I first met Robbie Coltrane almost exactly 40 years ago. I was awe/terror/love struck all at the same time. Such depth, power and talent, funny enough to cause helpless hiccups and honking as we made our first TV show, ‘Alfresco‘. Farewell, old fellow. You’ll be so dreadfully missed.”

Scotland’s first minister said Glaswegian Robbie was an “entertainment legend.” She hailed his “range and depth” as an actor, “from brilliant comedy to hard-edged drama,” adding her favourite was also his role as hard-drinking, rage-fuelled, chain-smoking “Cracker”. Ms Sturgeon added, “Robbie Coltrane, Scottish entertainment legend – you will be hugely missed. RIP.”

Tributes have been flowing since Robbie’s agent, Belinda Wright, announced on Friday, “My client and friend Robbie Coltrane OBE passed away on Friday, October 14… for me personally I shall remember him as an abidingly loyal client.”

“As well as being a wonderful actor, he was forensically intelligent, brilliantly witty and after 40 years of being proud to be called his agent, I shall miss him.”

She added he is survived by his sister Annie Rae, his children Spencer and Alice and their mother Rhona Gemmell, a sculptor who Robbie married in 1999 and divorced four years later.