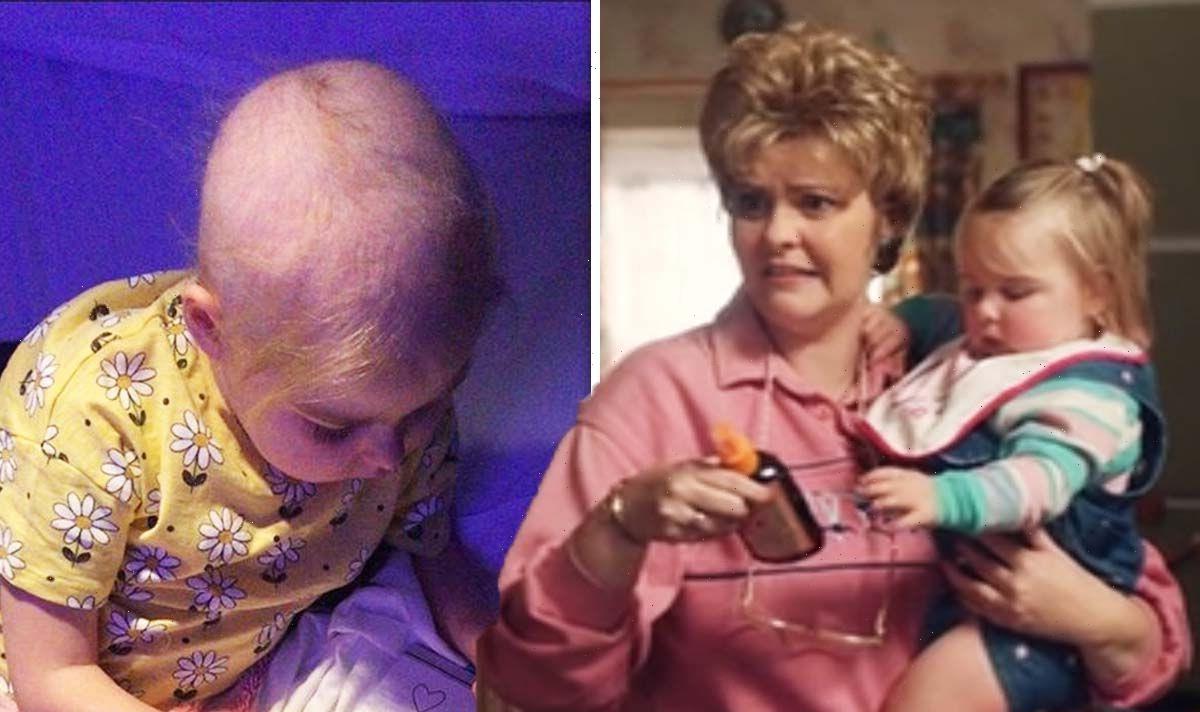 Derry Girls child star, Zoe Brown, is currently undergoing chemotherapy after being diagnosed with Acute Lymphoblastic Leukaemia. The four-year-old, along with her twin sister Sophie, played baby Anna Quinn in seasons two and three of the Channel 4 show.

Anna is the sister of the show’s main character, Erin Quinn, and features in several episodes.

Young Zoe, who is from Belfast, was diagnosed with the disease seven weeks ago.

Her mum, Leah Brown, first noticed something was wrong when Zoe started to look pale.

She took her to the doctors who confirmed the devastating diagnosis.

Since then, the four-year-old has received multiple bone marrow biopsies and is receiving chemotherapy and steroid treatments.

Zoe will undergo intensive treatment until Christmas and then a less intense course of chemotherapy and other treatments will continue for two years.

Leah says her daughter is “still smiling” despite the gruelling treatment and losing her hair, which she says is the “saddest wee bit”.

The heartbroken mum added to Belfast Live: “Zoe has just been amazing, she’s so resilient.

“She’s laughing and smiling, it’s heartbreaking, but she’s been amazing.

Derry Girls creator, Lisa McGee, has also spoken out and sent her well-wishes to Zoe’s family.

She said: “I am so sorry Zoe is going through this.

“She’s the most wonderful little girl and we are lucky to have her as part of our Derry Girls family.

“I’m sending her and her family strength and love.”

The family have also set up a fundraiser to help them through this difficult time.

Lisa shared the JustGiving page with her 118,000 Twitter followers.

In the tweet, she penned: “Little Zoe and her sister played Baby Anna in #DerryGirls.

“There’s a link to a fundraiser in this article. Please consider donating if you can.”