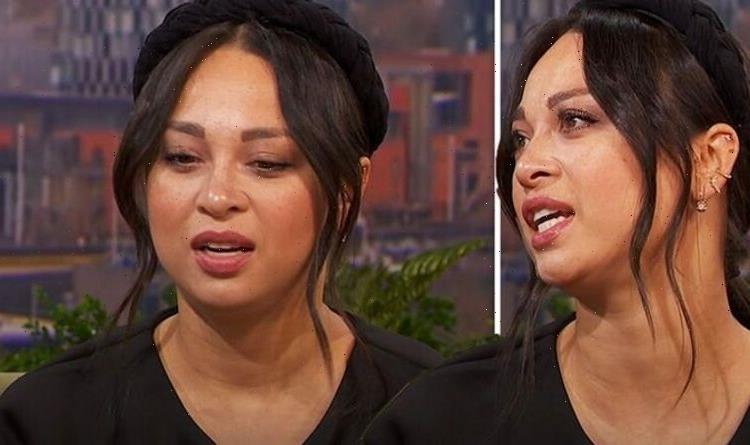 Strictly: Katya Jones on rumours of difficulties over Ukraine

Strictly Come Dancing star Katya Jones has denied that there is a feud between the Russian and Ukrainian stars of the dance show following rumours of a rift. Appearing on Morning Live today, Katya and her fellow Strictly dancers Kai Widdrington, Karen Hauer and Luba Mushtuk spoke about this year’s line-up of pros on the show, as Katya, 32, put any rumours of a rift between her and her Ukrainian co-stars to bed.

This is obviously total nonsense

Former Strictly contestant and Dragons Den star Sara Davies also appeared on the show, and asked Katya how she felt about the rumours of a feud.

She said to the Russian dancer: “I know just how much of a close-knit group you are but we have been seeing recent news about rifts over the Ukrainian crisis, that must be upsetting for you.”

However, Katya was quick to clap back at the rumours and make her stance on the invasion of Ukraine very clear.

She told Sara: “This is obviously total nonsense.”

Referencing Sara’s time on the show, she went on: “You’ve seen first hand how supportive we all are of each other always.

“I do want to make one thing very clear.

“I think the invasion of Ukraine is totally wrong, it shouldn’t be happening.”

Katya continued: “It must stop and that’s why we’ve been in regular touch with Nikita [Kuzmin] who has been very proactive in sharing ways about how to help Ukrainian people.”

Katya’s fellow Russian co-star Luba Mushtuk also shared her thoughts on the rumours, adding that all the pros can’t wait to get back to the show together.

She said: “We are only about love and respect and support of each other.

“You know, I personally find it really upsetting to see what these people are going through, it’s scary and it’s so wrong on all levels.

“But within our group I can tell you there’s nothing but love and support and we can’t wait to come back all together again,” she added.

Katya and Luba’s comments came after a couple of their Strictly colleagues condemned the show’s Russian dancers for not publicly condemning the war in Ukraine.

The duo are of Russian descent but hadn’t given their views on the situation, which has caused many viewers to blast the pair and call for their removal from the show.

Ex-professional dancer James Jordan recently hit out at his former colleagues on Twitter and revealed he was “disappointed” in their silence.

He wrote: “I don’t see many of the Russian dancers I know and have even shared the Strictly dance floor with them openly speaking out about the war against Ukraine.

“But are still promoting themselves on social media – very disappointed, they know who they are – not one post about it.” (sic)

Head judge Shirley Ballas, 61, hit back, writing on Twitter: “Dear James. Not sure who you follow and who follows you but many dancers I know have retweeted in support of the Ukraine and have felt shame at their own government, lots of help for their fellow dancers.”

She went on to argue: “Lots have spoken out and retweeted.”

James replied to the judge: “We clearly are talking about different dancers then.”