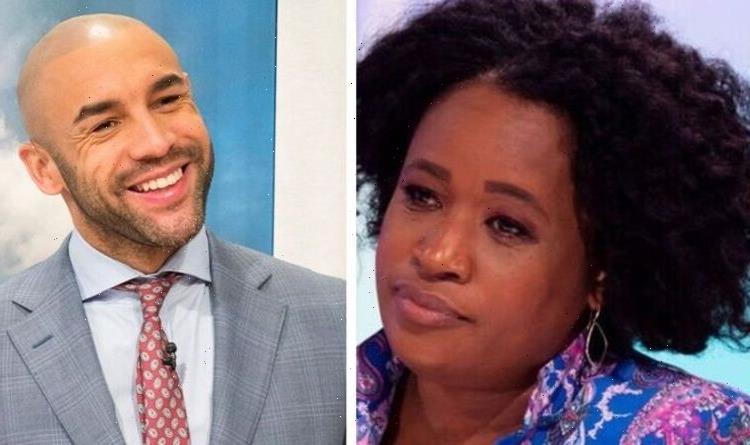 A Saharan dust cloud has descended on the UK – and Charlene White was none too happy to find her car coated in a layer of dust. She called upon her ITV colleague and Good Morning Britain’s Alex Beresford to help, but the trusty weatherman was unable to assist.

Who do I complain to about my recently cleaned car being absolutely filthy now it’s covered in Saharan dust?

As a sandstorm swept over from the Sahara Desert, some residents of the UK found the sky coated in a yellow or orange haze.

The unusual conditions attracted the attention of Loose Women host Charlene, who was alarmed to see her car in a “filthy” condition.

Earlier today, ITV tweeted that Alex would help viewers understand, writing: “Why is the sky turning orange and is it really ‘raining sand’? @alexberesfordTV explains.”

Alex retweeted the post, chiming in: “If you find your car or windows covered in dust today…”

He followed up later with the words: “Afternoon you lovely lot. Favour: If you see any Saharan dust on your cars or windows please tweet us @itvnews as we might show some pics on tonight’s evening programme x.”

Charlene duly tweeted: “Btw @alexberesfordTV, who do I complain to about my recently cleaned car being absolutely filthy now it’s covered in Saharan dust?

“Is there a weather complaints dept or something? Because I’m livid.”(sic)

Alex hit back with tears of laughter emoji, as he joked: “Unfortunately my complaints department is surprisingly full and no longer taking complaints.”

He has since been inundated with comments since his feature about the unusual weather conditions.

The weather presenter explained: “In the past 24 hours cars and windows in the southeast and other parts of the UK have been covered in a dust that’s flown all the way from the Sahara Desert.”

Strong winds in the desert often whip sand particles into the air – but this time a large amount had navigated its way to Britain – and onlookers were amazed to see the sky turn the colour of a sunset, even earlier in the day.

Alex told readers: “If the air in the upper part of the atmosphere is blowing northwards, it can travel as far north as the UK.

“Dust particles are incredibly light so will happily stay up in the atmosphere blowing around, however, if it starts to rain, like it has today, the particles can get pulled down out of the sky and settle on cars and windows as we’ve seen.”

He reassured: “The dust is mostly harmless, but it can irritate some people’s eyes, ears, noses, and throats.”

The plume was thrashed around Europe by Storm Celia and effects have been even more pronounced in Spain and France.

For example, @tappingtaylor wrote: “Went to open my car door which is white? My first thought was OMG the door is covered in Rust then saw the whole car looked Rusty. Only had it cleaned Sunday.”

She added: “Word of advice never get a white car.”

@tjsmith7908 added of Charlene’s request for a complaints department: “We know she’s having a laugh but there will be people who will be waiting for an email address!”