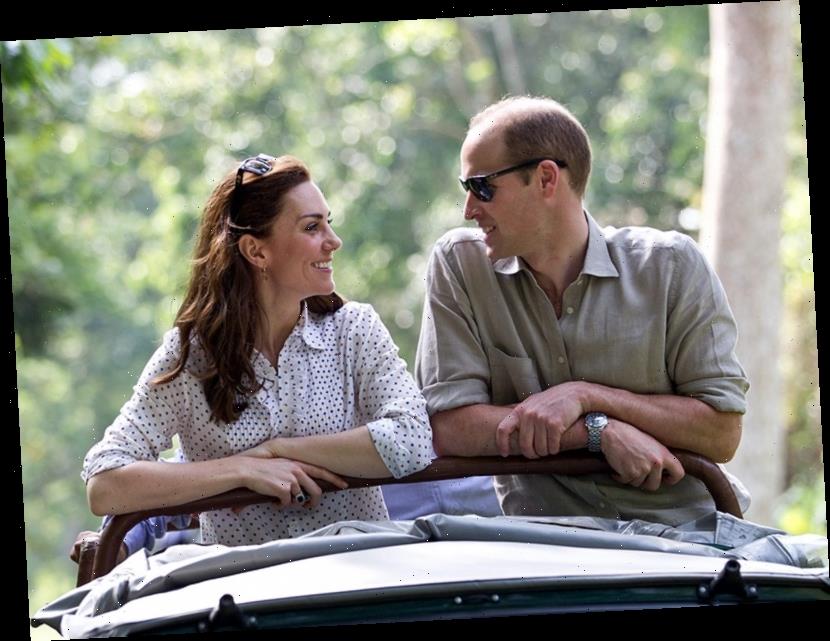 The couple wasn’t just joined by extended members of the royal family, they also brought along their 7-year-old son Prince George, who watched the adults take part in the game bird shoot on the 7,000-acre grouse moor at Corgarff — about 10 miles from the castle. William and Kate have been sharing the royal family's hunting tradition with George for the past couple of years, as the young royal reportedly attended his first grouse-hunting expedition in 2018.

The Duchess of Cambridge, 38, loves the life of royal country wife and mother — and that includes an enthusiasm for hunting.

Ever since Kate and Prince William set up their country home in the rural county of Norfolk in 2014, the couple has been hosting parties at the magnificent Anmer Hall and taking part in the annual shoots around Queen Elizabeth’s Scottish residence and on the monarch’s Sandringham estate in Norfolk. “The estate lends itself to shooting. It’s a paradise for it,” Ken Wharfe, a former royal bodyguard who looked after Princess Diana and William and Prince Harry when they were boys, previously told PEOPLE.

“Everything is in place for it and there is privacy and security,” added Wharfe of the flatlands of Norfolk, which provide the perfect environment for shooting on still, crisp winter days. “It is one of the great shooting estates with the best managers and gamekeepers.”

Like most of the royal women, including the Queen’s daughter-in-law Sophie, Countess of Wessex who has been photographed on a shoot during Christmas, Kate typically pairs up with a guest — someone who is not her husband — for the competitive shoots. The women will either take part in the shooting of partridges and pheasants or help with tallying their partner’s haul.

Even before he moved into Anmer in 2014, William always held winter shooting parties on the estate, basing himself at Wood Farm, during his college years and afterward. And it is thought that the Middletons have joined the traditional shoots alongside the royal family, including Queen Elizabeth. Prince Harry, who is passionate about his conservation efforts in Africa, is also a keen marksman. When rumors circulated that Harry skipped the annual Boxing Day shoot in 2018 because wife Meghan Markle disapproved, the palace dismissed the claims.

While speaking about Harry and William as champions of the natural world, famed conservationist Dr. Jane Goodall discussed the fact the two siblings do hunt, though she believes Harry will stop engaging in the activity.

“Yes, except they hunt and shoot,” she said when discussing the two’s support for nature conservation. “But I think Harry will stop because Meghan doesn’t like hunting, so I suspect that is over for him.”