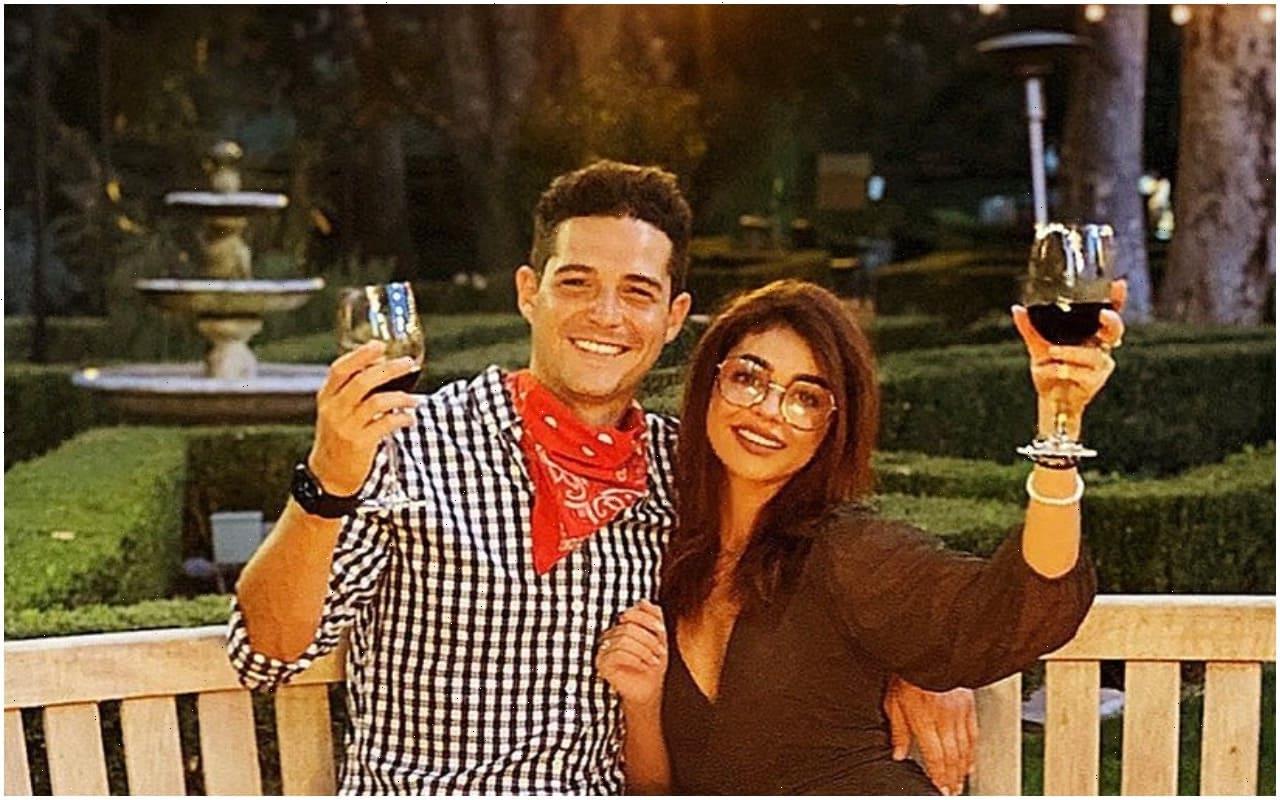 At the bash, which Ciara Robinson throws for the ‘Modern Family’ star, the bride-to-be is joined by her showbiz pals including Vanessa Hudgens, Ashley Tisdal, Ashley Newbrough and Kimberly Daugherty.

AceShowbiz –Sarah Hyland and Wells Adams shared a kiss at her bridal shower. The “Modern Family” star’s maid of honor, Ciara Robinson, put on a lavish party to celebrate Sarah’s upcoming nuptials, three years after they got engaged, as COVID-19 delayed their wedding plans.

The bride-to-be wowed in a white mini dress and statement bow heels. She was joined by her close friends and family, including showbiz pals Vanessa Hudgens, Ashley Tisdale, Ashley Newbrough and Kimberly Daugherty.

Alongside a picture of the custom clutch bag she had made with “Mrs Adams” in gold, Sarah wrote on her Instagram Story, “Soooooo I finally had my bridal shower yesterday. Hosted by the most amazing made of honour @ciaracrobinson.”

The 31-year-old actress also shared several pictures with her future husband. The first shows him turning up with a bunch of flowers to surprise his fiancee and planting a big kiss on her lips. Sarah captioned the snap, “The moment @wellsadams showed up.”

Another black-and-white selfie showed Sarah showing off her huge diamond ring and Wells sticking his tongue out. “And then @wellsadams surprised me with flowers!!!” so she wrote.

Additionally, Sarah thanked her maid of honour for hosting the “bridal shower of her dreams” in another post. The party saw the pair play The Newlywed Game, which saw them answer questions about each other, while guests got the chance to have their Tarot readings done. The pair are planning to walk down the aisle later this year.

Wells recently admitted he “feels” like he is already married to Sarah. The 38-year-old television personality said, “We were doing the math and we’ve been engaged longer than we were dating. That’s not good, but it feels like we’re married. I mean, we bought a house together, we have two dogs together.”

“At this point we just want to have the big celebration for all of our rich friends to give us amazing gifts because I need a Le Creuset, I need a stand mixer for all the things I’m going to cook, and we don’t have that yet. So the heads of ABC and Disney, we need you to get in that registry soon!” “The Bachelorette” alum added.