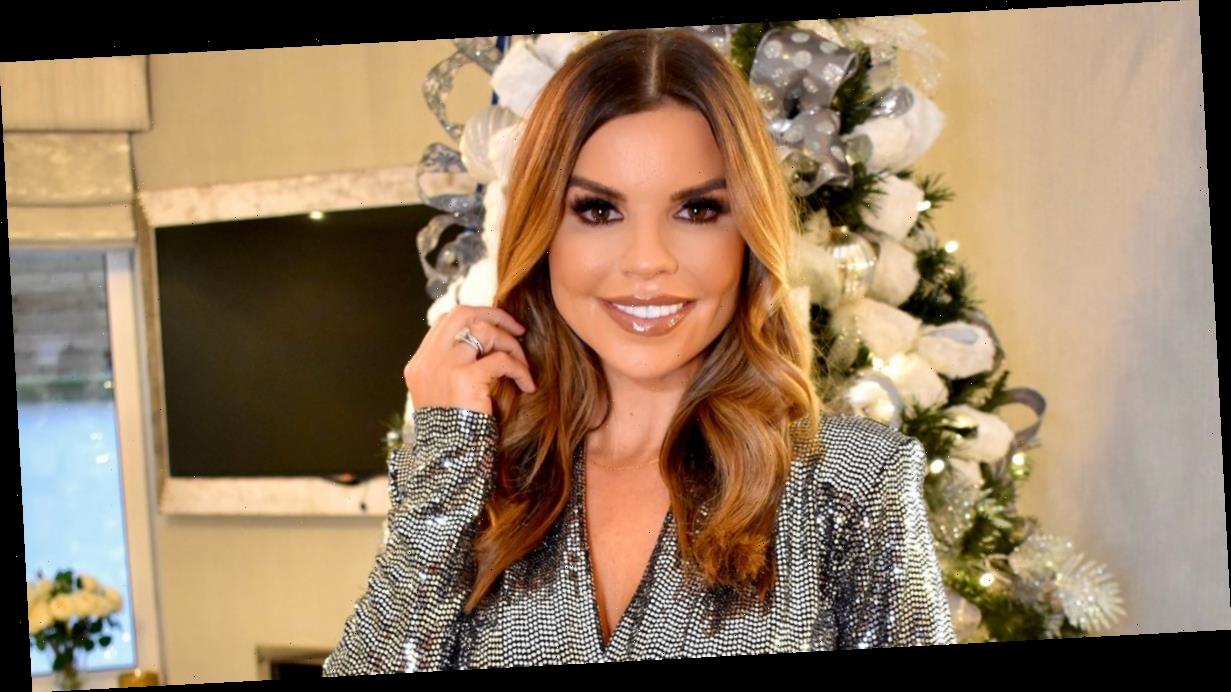 Tanya Bardsley, star of the Real Housewives of Cheshire , has pulled out all the stops to make sure her footballer husband Phil and four children have a Christmas to remember this year.

The 39-year-old has decorated her house in a theme she calls ‘Fifty Shades of Silver Sparkle’ and the effect is breath-taking. In fact, her biggest worry is that one of her three boys she shares with Phil – Rocco, 11, Renz, seven and four-year-old Ralphi – will kick a football into her indoor tree, which is decorated with footballs (of course!), baubles, polar bears, angel wings and snowflakes.

"It’s topped by angel feathers but the boys were intrigued by the polar bears – basically though, they just want to play football and wrestle each other!’" The star of the show however is the 20-foot outdoor tree that’s covered in lights – but the model has concerns about that.

"It’s gorgeous but I caught our dog Buzz chewing the cables so I’m not sure it’s going to make it through the festive season. I didn’t think that one through!"

However, the Manchester-born reality TV star loves Christmas even though she never sends cards now. ‘I just text everyone’ – and is looking forward to celebrating in their family bubble.

"I really love Christmas. I prefer summer weather but Christmas is really special,’ she said. ‘But I’m not going to lie, it’s all about the presents for me. I love getting them and giving them. And you get to see family although this year that’s going to be different obviously."

Like many parents she gave her boys a toy catalogue and asked them to pick out what they wanted. "Every single thing has got a cross next to it," she joked. "I told them Santa might have corona this year so they might not be able to get it all!"

As for her 18-year-old daughter Gabriella, from a previous relationship, she’s already got her list sorted. "She wants a new phone and designer clothes – but whatever she doesn’t get she nicks out of my room anyway!"

And what will she buy for her 35-year-old husband, who will be playing football for Burnley on Boxing Day? "A suitcase and a new computer so that he stops using mine," she laughed.

The family will be sitting down to a traditional Christmas dinner, although Tanya won’t be doing the cooking. She’s hired a chef for the day and confessed, "My cooking is so bad." But everyone will be wearing matching pyjamas and her boys will make sure that mince pies are left out for Santa.

"We usually go to church to sing carols but won’t be doing that this year. We’ll probably put some on at home,’ she says. ‘But it’s okay, we’re happy to enjoy what we have this Christmas in our bubble. And we always stay home anyway because Phil has games. We’re grateful for each other."

While the family won’t be able to cheer Phil on from the side-lines Tanya says: "We’ll all be on the sofa at home watching the game eating turkey butties."

And the topic of conversation soon changes to the departure of Dawn Ward, who Tanya once called her ‘toxic sister’ because of their rocky relationship. So, how does she feel about Dawn leaving?

"We’ve lost big characters before and the show just carries on," she said. "I think Dawn’s got lots in the pipeline so I wish her all the best."

And does she still enjoy filming the show after so long?

"I love it. I love all the crew – they’re like family now – and I love that with four kids they film in the house. It’s just perfect."

She adds: "And I’ve always been an over-sharer, so I always say what I feel, which is a must if you’re on a reality show!"

Tanya's home was decorated by The Christmas Decorators, thechristmasdecoratorscheshire.com