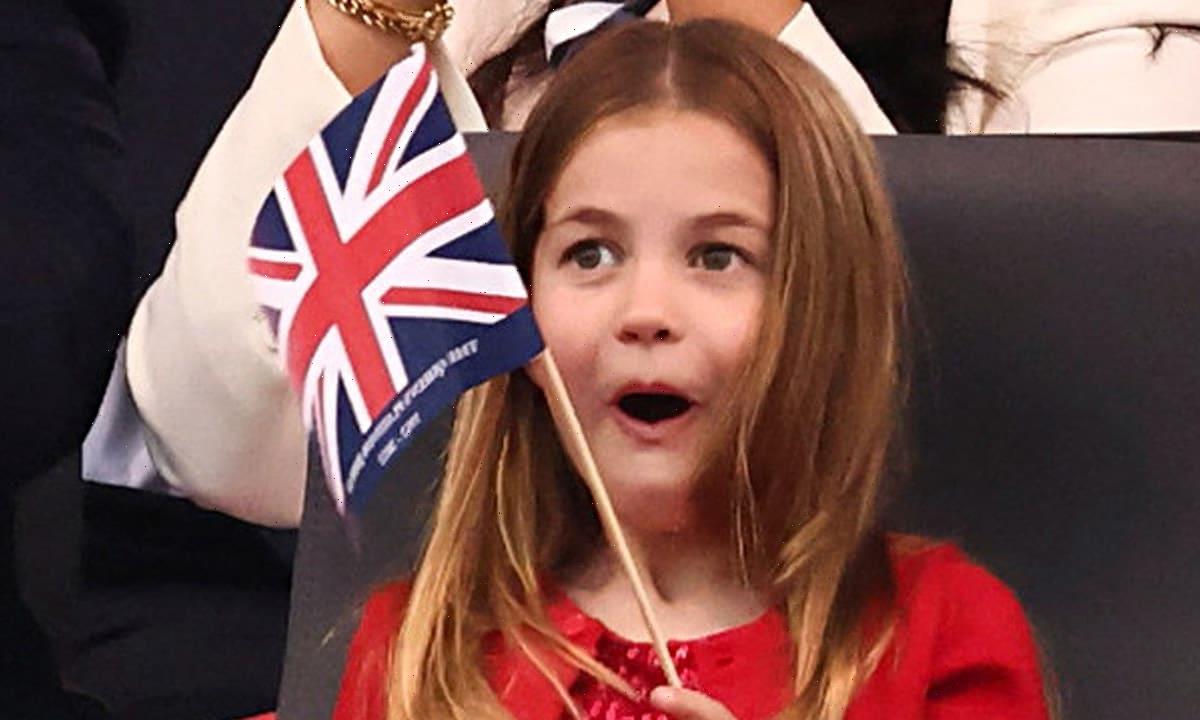 Princess Charlotte celebrated the Queen’s epic Jubilee concert in style on Saturday, after being captured holding an incredible gift bag – and you won’t believe what was inside.

The seven-year-old could be seen holding a lavish purple bag which was complete with a special jubilee water bottle.

The young royal also had a Jubilee flag for the event as well as a running order of all the incredible acts.

As the little one took her seat for the concert, her aunt Zara Tindall, could be seen helping her niece wade through the royal paraphernalia including a flag and blanket which, later in the evening, was put over Charlotte’s legs as it got colder. 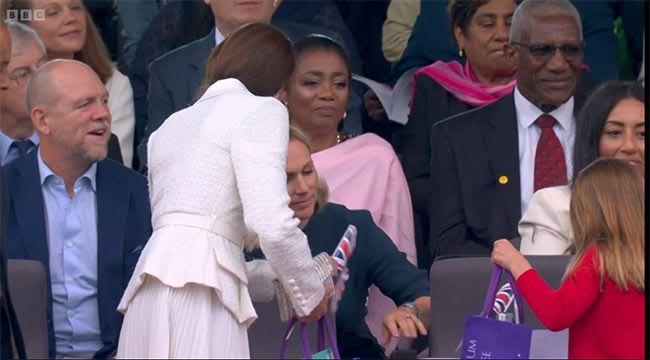 Charlotte held up the bag to get to her seat

Her mother, the Duchess of Cambridge, was sat next to her daughter and the pair were captured snuggling up together in the royal box.

The mother-daughter duo sat beside Prince George and Prince William and looked phenomenal as they donned red, white and blue outfits for the special occasion.

Zara was joined by Mike Tindall who also sat behind the Cambridges. 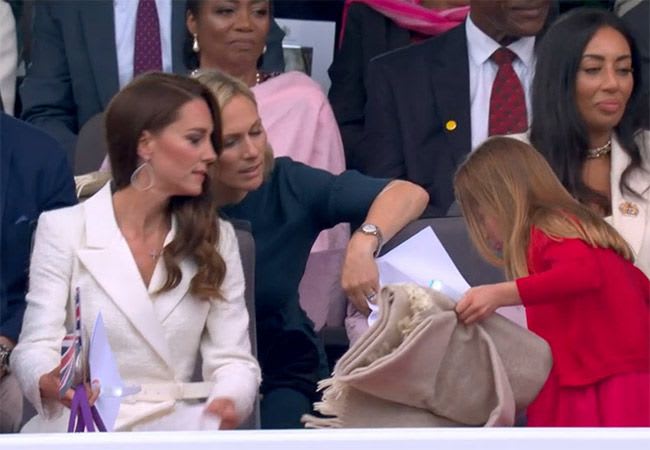 Throughout the evening, William and George looked closer than ever as they enjoyed the evening and were even caught singing along to Rod Stewart’s performance of Sweet Caroline together.

During the wonderful moment, George was joyously waving his own Jubilee flag.

Fans on social media went wild for the adorable outburst. One fan tweeted: “Did you see little Prince George singing along to Sweet Caroline with Rod Stewart! Aww.” 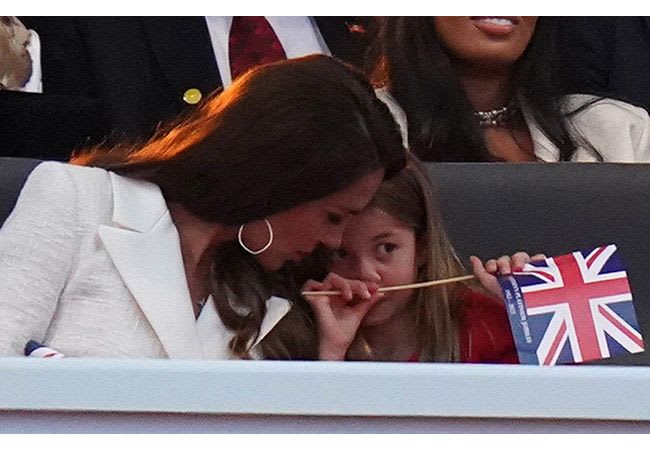 Kate and Charlotte have such a wonderful bond

A second said: “Prince George singing along to Sweet Caroline with his dad and waving his flag, a British classic.”

Prince Louis did not attend the concert as he was likely too young, he did however stand beside his older siblings on Thursday on the balcony of Buckingham Palace for the Trooping the Colour ceremony.

Celebrate the Jubilee with HELLO! Shop our special products here.