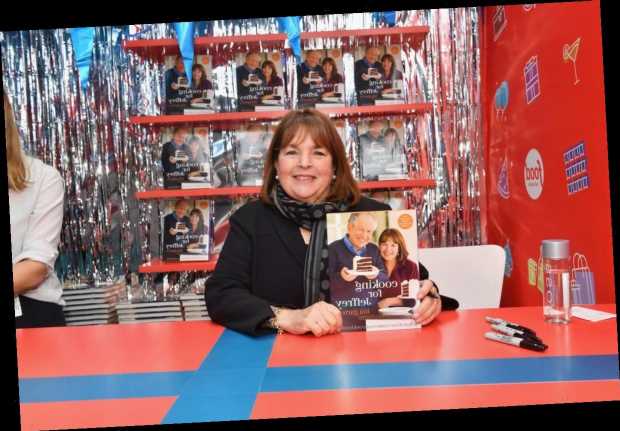 Ina Garten adds one unique ingredient to her brownies

In a video for Food Network’s All-Star Desserts, Garten demonstrated how she makes her sinfully decadent brownies — not surprisingly, she doesn’t skimp on the chocolate. She does, however, add a secret ingredient that she says really enhances the flavor.

“I think this is the most popular thing I’ve ever made at Barefoot Contessa,” she explained as she got to work cracking six eggs into a bowl. “We’d sell like a thousand of them a week.”

Garten then explained the small additional ingredient that she swears takes brownies to the next level — coffee granules. “And then because chocolate is really enhanced by the flavor of coffee, I put in three tablespoons of coffee granules,” she explained.

“Not prepared coffee, but instant coffee granules,” she added.

In her skillet brownie recipe (video below), Garten said that adding instant coffee granules is “one of those magic things that really brings out the chocolate flavor.”

Garten showed how easy it is to make her crowd-pleasing Outrageous Brownies in the video. You’ll need the following ingredients:

Preheat the oven to 350 degrees and butter and flour a baking sheet measuring 12 x 18 x 1-inch.

Add the butter, 1 pound of chocolate chips, and bitter chocolate to a bowl and set it over a pot of simmering water, stirring to melt everything together and then allowing it to cool slightly.

Garten has a special tip for her brownie add-ins: toss the walnuts and 12 ounces of chocolate chips in a bowl with 1/4 cup of flour before adding them to the batter. “I’m just going to add some flour to it so they don’t sink to the bottom of the batter,” she explained in the video. Fold the chips and walnuts into the batter, then pour into the prepared baking sheet.

The Food Network star offered another tip she does during baking — after baking for 20 minutes, she taps the pan to ensure the air is released from the brownies before baking them a final 15 minutes.

“So the brownies are going to bake at 350 degrees for about 35 minutes,” she explained. “And in the middle of the baking, because air builds up between the brownies and the pan, I just pick up the pan and rap it on the baking rack and it just releases all that air.”

Brownies are done when a toothpick is inserted and comes out clean. Cool completely before cutting. Makes 20 large squares.