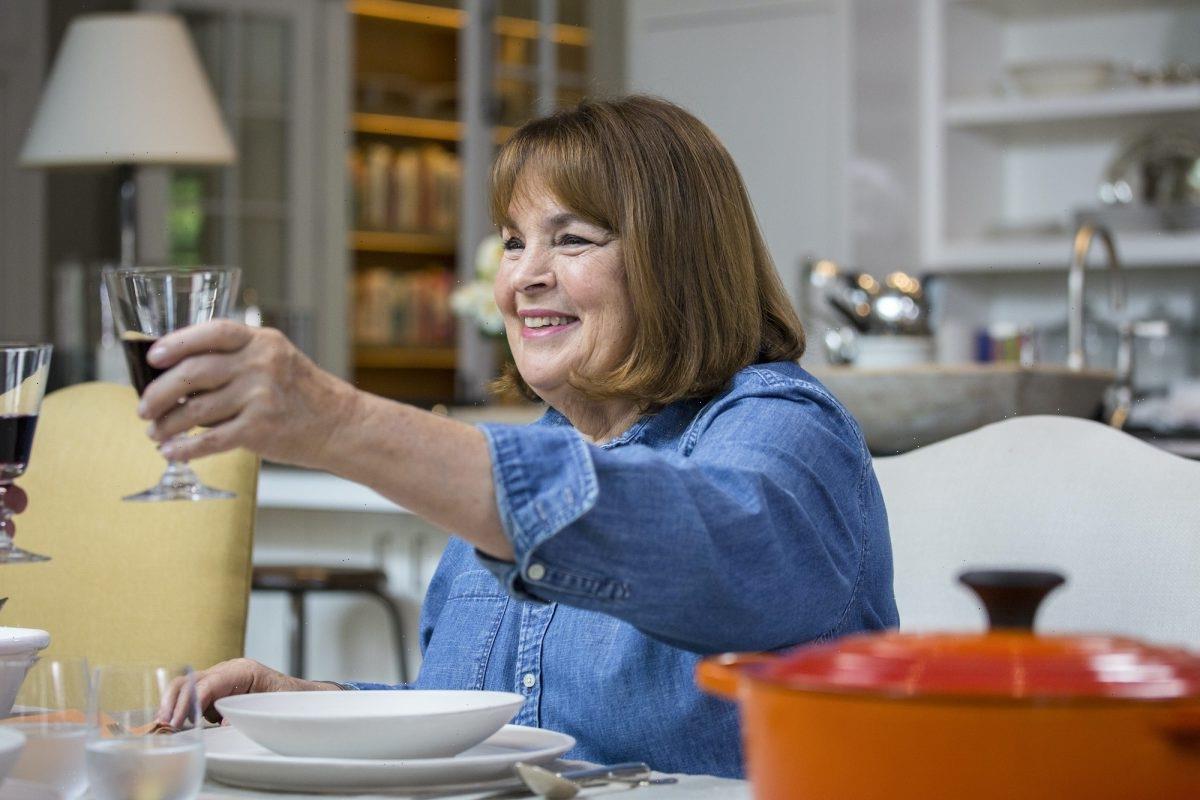 Ina Garten has a number of favorite dessert recipes, but she says one old-fashioned Italian dessert has two of her favorite flavors. Best of all, it’s a make-ahead treat that looks elegant but is relatively simple to make.

Garten demonstrated how to make her panna cotta with fresh raspberry sauce recipe during an episode of Barefoot Contessa. “I’m going to make an old-fashioned Italian dessert that combines my two favorite flavors — raspberries and cream,” she explained. “And the best part is, you can make it ahead.”

She whisked cream, yogurt, vanilla extract, and the seeds of a vanilla bean together in a bowl. “It’s a custard on the bottom and then fresh raspberries and sauce on the top,” Garten explained. “I always like to have vanilla bean in something that’s vanilla so you can not just see it, but you really taste the vanilla seeds. This way, it tastes like really good vanilla … It’s not a sweet flavor, it’s kind of a bitter flavor that kind of balances all the sweetness in it.”

In a pan set over low heat, the Barefoot Contessa star combined cream and sugar and warmed it just until the sugar dissolved. Then she added softened gelatin to the mixture and stirred it until the gelatin melted.

Garten poured the warm mixture into the yogurt and cream and whisked everything together. She added a “little bit of orange liqueur just to give it extra flavor.”

The ‘Barefoot Contessa’ star shared a hack for easy pouring

Garten served the panna cotta in simple water glasses and had an easy hack for pouring the mixture without a mess. She first put the mixture into a measuring cup so she could easily pour it into the middle of each glass.

“It’s so much neater,” she explained.

The Barefoot Contessa star put the panna cotta in the refrigerator and later covered the dessert with plastic wrap and left them to chill overnight. They’re such a perfect make-ahead dessert that they don’t need to be served the next day. “These can stay in the fridge for days,” she noted. “So you can really make it way in advance.”

She combined raspberries, sugar, and water and simmered the mixture for four minutes. Then Garten poured the cooked raspberries into a food processor, added seedless raspberry jam and raspberry liqueur, and processed it until it was smooth.

Garten stored the sauce in a container in the refrigerator. When she was ready to serve the dessert, she topped each custard with sauce and fresh raspberries.

“It’s my favorite. I just adore this dessert,” she said as she took a spoonful. “I love the sweet and the tart raspberries. And the custard just has this kind of orange liqueur and vanilla, hints of other things. It’s such a great dessert.”

She added, “If you make it for your friends, they’ll love you.”