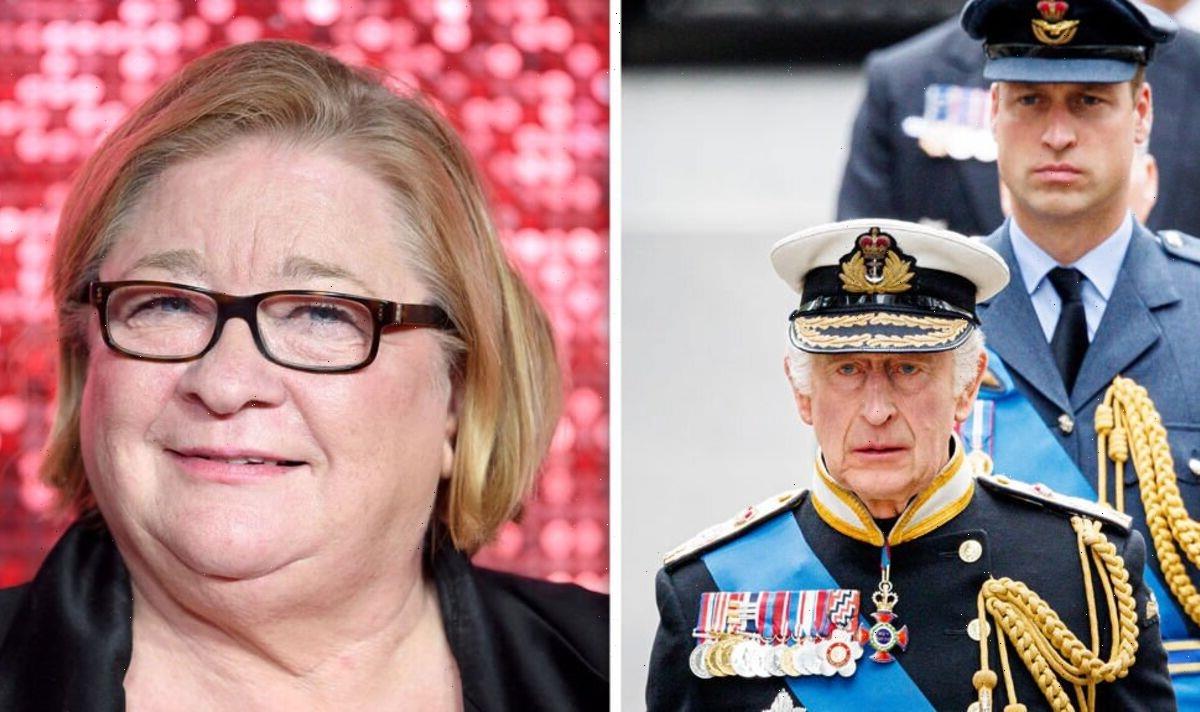 Chef Rosemary Sharager has shared her thoughts on King Charles III becoming the new head of state as she paid tribute to the “wonderful” Queen in an exclusive interview with Express.co.uk. The 71-year-old had an insight into royal life when she met the Queen aged just 13 and later recreated dishes cooked for Queen Victoria on the 2011 BBC series Royal Upstairs Downstairs.

In each episode, Rosemary and antiques expert Tim Wonnacott visited a country house or castle which Queen Victoria had been to in the 19th century.

Discussing the latest change to the monarchy, Rosemary said of the new King: “Charles will be alright, I think he’ll come into his own, I hope.

“And, I hope he’ll find his own way and be King, but I’m looking forward to William being King.

“I think William will be a modernist.”

According to Charles’ former long-term butler Grant Harrold, he will be both a traditionalist as well as a modernist monarch.

He said: “Charles will pass more on to Prince William. I believe that Charles will give William and Kate more of a role, so they still have their time as a couple and a family, but they’re still supporting the monarchy and keep their popularity.

“He’ll keep the Queen’s traditions, the protocols, and the etiquette. We’ll then see William bring in his modern approach and for Charles, it’ll be a mixture of both. We’ll see a King that is traditional but a little bit of a modernist too.

“That little bit of tradition he will pass on to William and while William will be a very modernistic monarch, almost celebrity-like as that’s the way it seems to be becoming, but he’ll still have elements of the old tradition and etiquette and that’ll be thanks to his father and his grandmother.”

The Queen began her 70 years of service in February 1952.

She died aged 96 at Balmoral Castle hours after a statement revealed she was under medical supervision.

Rosemary said there were “no words” to describe the late monarch but referred to her as “the best person ever”.

She continued: “I reckon she knew she was on her way out, she must’ve done, I don’t know, who can tell?

“She treated Balmoral as her home basically and that was it.”

The chef also said she had personal memories about the Queen which she prefers to keep close to her heart.

Following her death, Charles was declared King while his wife Camilla became the new Queen Consort.

In a speech after the news, he announced William and Kate Middleton, known as the Duke and Duchess of Cambridge, as the new Prince and Princess of Wales.

He said William “with Catherine beside him” would “inspire and lead our national conversations” and highlight issues that could help “marginal causes”.

His eldest son will succeed him on the throne when he passes away.

The couple have three children together; George, Charlotte and Louis.

Charles: Our New King airs tonight at 9pm on ITV.