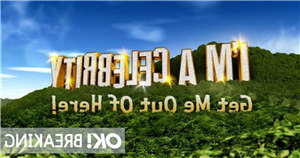 With I'm A Celebrity… Get Me Out Of Here! set to start in a matter of weeks, the very first celebrity has landed in Australia.

The ITV celebrity reality show is due to return to its original location for the first time since the pandemic ahead of the launch of its new series in November.

Radio presenter Chris Moyles, 48, made the gruelling journey from the UK to take part in the series, which sees celebrity contestants go through brutal Bushtucker trials in the jungle, where they're deprived of the comforts they have at home.

Chris walked through the airport dressed in an all black ensemble, complete with a matching cap on his head and a pair of sunglasses.

While fans are no doubt thrilled of the series return, the set was thrown into chaos on 24 October as it was closed for 24 hours due to flooding in the area.

Filming operations ceased briefly as a “precautionary measure” following reports of severe flooding in the area.

A spokeswoman for ITV told the PA news agency: “We closed site for 24 hours as a precautionary measure due to the inclement weather.”

It is not the first time production of the show has been marred by adverse conditions, with the previous series, filmed at Gwrych Castle in North Wales, hampered by Storm Arwen.

In November 2021, the show was cancelled for several nights while the production team repaired the significant damage caused by the bad weather.

A teaser was released earlier this month for the show, getting fans excited for its imminent return to screens.

In the short clip, a helicopter can be seen flying through the clouds as one of the show's presenters, Declan Donnelly, 46, can be heard saying: "Where is the luggage going?"

His presenting partner Ant MacPartlin, 46, replies: "It's meeting us there," as a suitcase is thrown from the aircraft.

The clip then cuts to a shot of the suitcase plummeting to the ground as the plush green of the Australian jungle can be seen below and the show's famous theme tune starts to play.

Earlier this year, ITV confirmed that the show would be returning to Australia with a teaser which said: "Returning to its home in Australia after a two-year break, our celebrities will leave their plush pads and luxuries far behind as they spend up to three weeks taking on the Australian jungle with a whole host of surprises created for them."

It was also confirmed in September that there will be an all-star series of I’m A Celebrity… Get Me Out Of Here! hosted from South Africa next year.

McPartlin and Donnelly also confirmed that famous names from the last 20 years of the ITV show will return to compete.