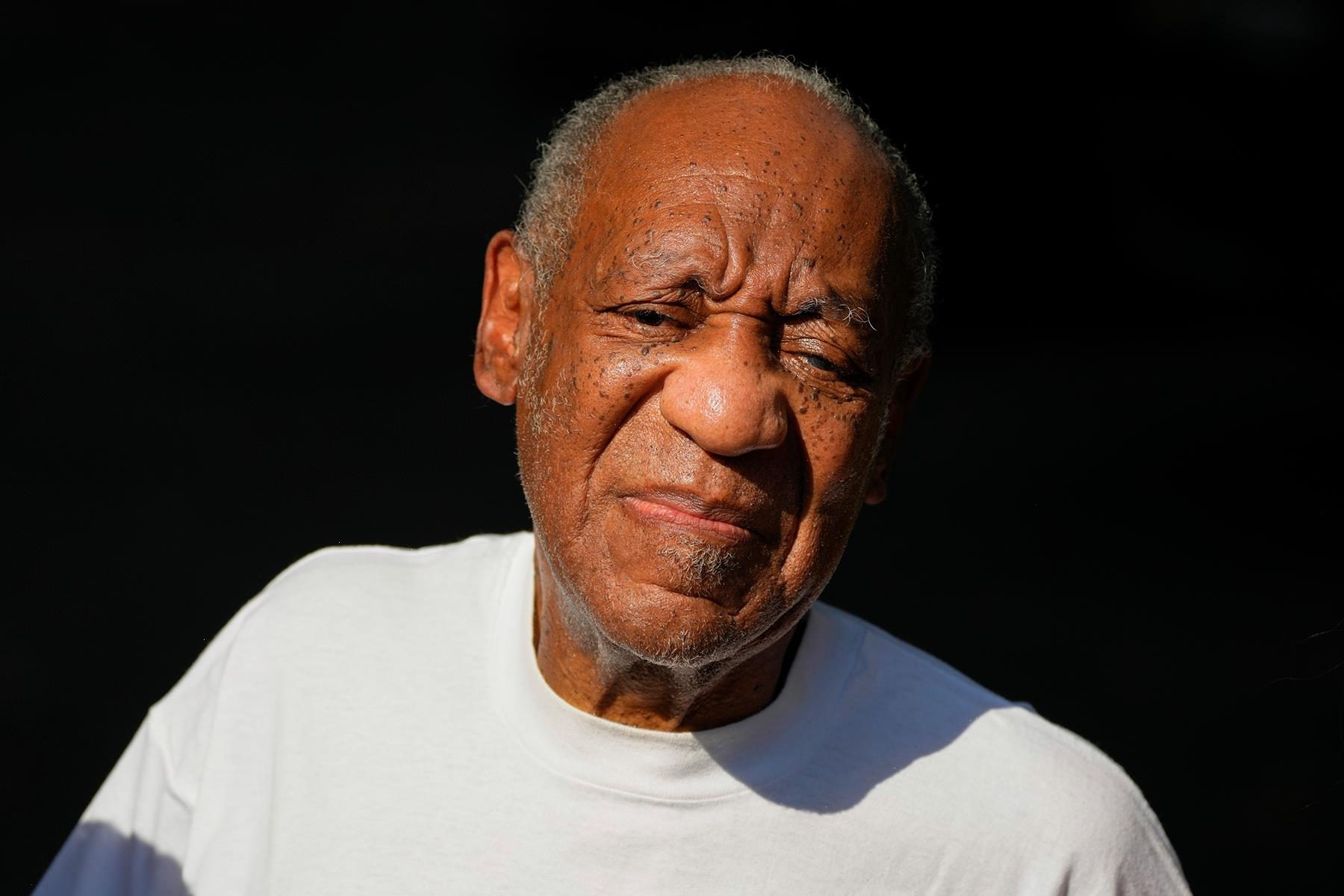 Appearing visibly shaken with lips trembling, Judy Huth told jurors in a California courtroom Tuesday that Bill Cosby was waiting for her outside a bathroom at the Playboy Mansion in 1975 and beckoned her to a bed by patting the mattress next to where he was sitting. She was 16 years old at the time. Cosby was 37.

“He wanted me to sit down, and I sat down. I was scared,” Huth recalled, publicly describing the alleged attack for the first time since suing Cosby in December 2014. “He tried to lean me back. He was leaning me back, and then he tried to come at me and kiss me. Then he put his hands underneath my belly button where my high pants are, and he tried to put his hands down my pants.”

Huth said she was “shocked” by the alleged ambush and had to think fast. “I was freaking out and told him I was on my period,” she said, adding that it was a lie. “I was trying to deflect from what he was doing to me.”

'I Couldn't Get Away': Woman Testifies Cosby Kissed Her When She Was 14

The United States of Weed

She said Cosby stood up, pulled his sweatpants down, grabbed her hand and forced it onto his erect penis, where he then “closed” her hand.

“He jacked himself off with my hand,” Huth testified, quietly sobbing. “Definitely forcefully. It was not what I wanted, at all. I had my eyes closed at that time. I was freaking out.”

Cosby denies the alleged bedroom attack happened, though he concedes he posed for photos with Huth at the mansion. The photos, taken by Huth’s friend Donna Samuelson, are key pieces of evidence at the trial now unfolding in a courtroom in Santa Monica. While the date of the photos has been a subject of great debate, Cosby’s lawyer Jennifer Bonjean said in her opening statement that “butler notes” produced by the Playboy Mansion appear to line up with Cosby visiting the residence with Huth and Samuelson. They’re dated April 5, 1975. Huth was a minor at the time.

Now 64, Huth claims she and Samuelson were together days before the alleged attack when they first met Cosby while he was filming the movie Let’s Do It Again at Lacy Park in San Marino, California. She says Cosby invited her and Samuelson to an indoor tennis club in Hollywood the following Saturday, and they were thrilled by the attention from a celebrity. Speaking to jurors at the start of her testimony Monday afternoon, Huth recalled that her dad had one of Cosby’s comedy albums on an 8-track tape.

With a quiet voice barely audible at times, Huth testified that after the tennis club, she and Samuelson accompanied Cosby to a private home, where the comedian presided over a drinking game that involved billiards. She said Cosby later led her and Samuelson to the Playboy Mansion as a “surprise.” She claims they had no idea where they were until shortly after they arrived. She recalled seeing a portrait of Hugh Hefner in the game room.

Though she previously spoke to the National Enquirer for a 2005 story that didn’t run, Huth has remained largely out of the public eye leading up to the trial, living a quiet life as a winery tour guide in Canyon Lake, Calif.

Cosby’s camp has made a big deal out of the fact that Huth initially got the year of her alleged assault wrong. In her initial complaint, and for the last seven years, she has maintained she was 15 years old, and the year was 1974. She revised her timeline last month after reviewing new evidence provided by Cosby and Samuelson.

In her testimony Tuesday, Huth said the alleged attack upended her life, leading her to isolate from friends and smoke too much pot. Eventually, she had to move on. “I dug a hole and buried it,” she said. But while some of the details have been harder to pin down, she was adamant she did not consent to any sexual contact and was “distraught” afterward.

She testified Tuesday that she tried to leave the mansion immediately after Cosby departed. She recalled marching to Samuelson’s car, telling her friend what happened through tears and asking to leave. She said Samuelson convinced her to stay. In her own testimony last week, Samuelson confirmed Huth was “distraught” and “crying,” begging to leave, but that she persuaded her to stay to take advantage of the famous home’s free food and amenities. “I talked her into staying,” Samuelson testified. “It was selfish of me.”

The women agreed that because Cosby had departed for an event, leaving them behind, it was relatively safe to remain. “I had no choice. I didn’t drive there,” Huth testified Tuesday, recalling that at one point she ordered a tequila sunrise without anyone asking for her ID.

Huth said Cosby eventually returned wearing a tuxedo. She said at that point, when Cosby said he wanted to watch a movie, Huth called her dad as a “diversion,” she testified.

“I didn’t want to sit in a dark room and watch a movie with someone who just molested me,” she told jurors. Huth said Cosby asked for her phone number, so she gave him her dad’s work number. She then left with Samuelson. Asked if she ever considered telling her dad what happened or going to police, Huth said she didn’t. “I was embarrassed, and if he wanted to blame me, I would have felt like an idiot,” she said.

“Did you blame yourself?” her lawyer Nathan Goldberg asked.

“Partly. For being there,” she replied. “I was uncomfortable, and I just didn’t want anybody to know what happened to me.”

Huth’s case is the first civil lawsuit accusing Cosby of sexual assault to reach trial. Several prior claims from different women were settled, many involving payments from Cosby’s insurance against his wishes. The trial now underway was delayed repeatedly by the pandemic and Cosby’s two criminal trials in Pennsylvania that led to his conviction on charges he sexually assaulted former Temple University staffer Andrea Constand at his suburban Philadelphia mansion in 2004. Huth’s case resumed last year after Pennsylvania’s highest court overturned Cosby’s conviction in the Constand case and he walked out of prison a free man.

Cosby also is being sued by actress and visual artist Lili Bernard over claims he drugged and raped her at the Trump Taj Mahal casino resort in Atlantic City in August 1990. Bernard attended the hearing Monday and Tuesday, even though she doesn’t know Huth personally and has never spoken with her.

“I came as a gesture of solidarity and support,” Bernard tells Rolling Stone. “It was painful to watch. You see her reliving the trauma. She was only 16. I was 26, but she was 16. It’s deeply saddening.”