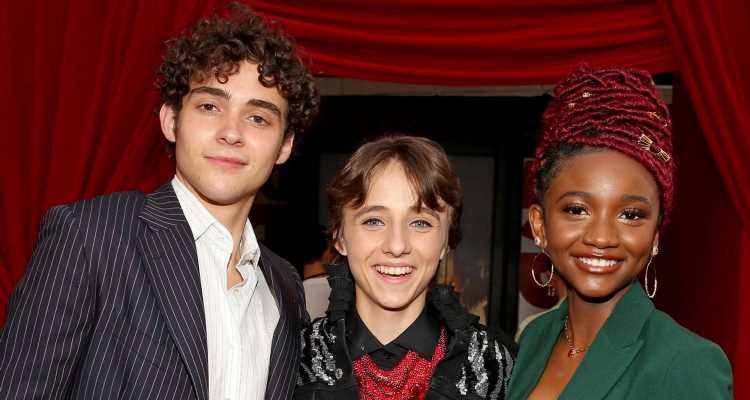 Aria Brooks, Rueby Wood and Joshua Bassett snap a group photo while attending the premiere of their new Disney+ movie Better Nate Than Ever held at El Capitan Theatre on Tuesday (March 15) in Hollywood.

The trio star in the movie, which was written, directed and produced by Tim Federle, who also wrote the book the movie is based on.

Also in attendance were Lisa Kudrow, Norbert Leo Butz, Michelle Federer and Krystina Alabado, who co-star in the movie.

Better Nate Than Ever centers on 13-year-old Nate Foster (Wood) who has big Broadway dreams. There’s only one problem — he can’t even land a part in the school play. But when his parents leave town, Nate and his best friend Libby sneak off to the Big Apple for a once-in-a-lifetime opportunity to prove everyone wrong. A chance encounter with Nate’s long-lost Aunt Heidi turns his journey upside-down, and together they must learn that life’s greatest adventures are only as big as your dreams.

ICYMI: Check out the Better Nate Than Ever trailer!

Be sure to check out an exclusive clip from the upcoming movie over on Just Jared.

Better Nate Than Ever debuts on Disney+ on April 1st.