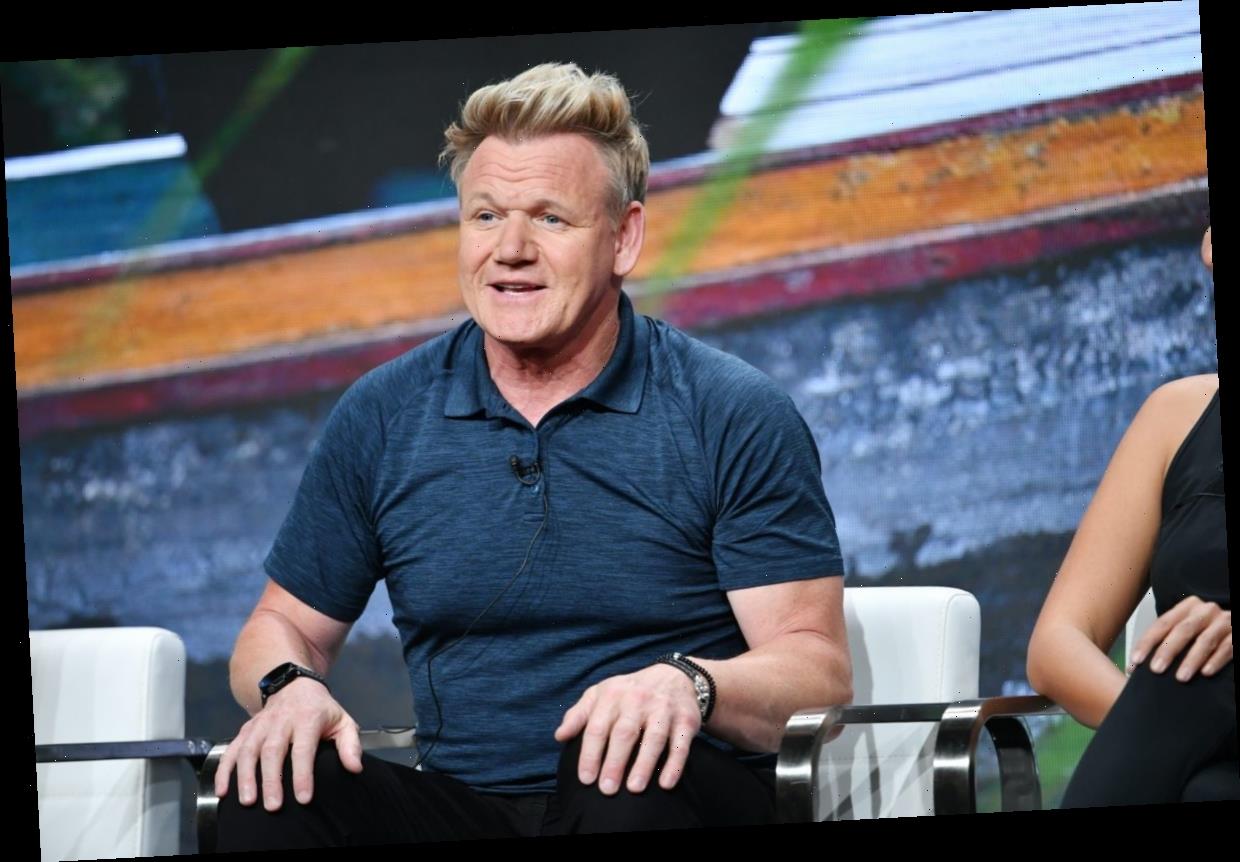 One of television’s most intimidating celebrity chefs is none other than Gordon Ramsay. His frequent use of expletives and abusive personality has helped him become a household name.

The famous author, restaurant owner, food critic, and reality television star is one of the most influential chefs in the US and abroad. Best known for his role as the head chef of Hell’s Kitchen, he spews insults at contestants vying for a top spot in one of his illustrious kitchens.

His larger-than-life personality matches his physical stature that towers above most of his kitchen staff. Viewers often wonder, just how tall Chef Ramsay really is.

Born in 1966, the 54-year-old chef reigns from Scotland. As a young child, he and his family moved to England, where he grew to become a world-renowned cooking phenomenon.

The high-strung chef got his start in the mid-1980s working in London under the guidance of chef Marco Pierre White. Ironically, according to Celebrity Net Worth, Ramsay left White’s restaurant after growing tired of his “rages and the bullying and violence.”

Ramsay began training in France, learning from some of the best chefs in the world. Upon returning to London, he earned two Michelin stars at the Aubergine, where he owned a 10 percent share of the well-known restaurant.

In 1998, the temperamental chef opened Restaurant Gordon Ramsay in London’s chic Chelsea neighborhood. By 2001, he had earned another Michelin star, and his fate was sealed.

The first episode of Hell’s Kitchen aired in 2005 on FOX television and was an instant success. More than 15 years later and the show is still running, now a fixture of American pop culture.

The father of four went on to create a multimedia production company, Studio Ramsay, to develop cooking-related television programming. Working in conjunction with One Potato Two Potato, Ramsay has a long list of shows on his resume that include Masterchef Junior, Food Court Wars, and Best New Restaurant.

Towering head and shoulders among his peers, the consummate professional stands tall at 6 feet two inches. There are few competitors on his television shows that can meet him eye-to-eye, but they all hold the deepest regard and utmost respect for one of the world’s greatest chefs.

The richest celebrity chefs in the world

Emeril Lagasse, Wolfgang Puck, Rachael Ray, Giada De Laurentiis, and Guy Fieri are some of the most well-known celebrity chefs. These television personalities are known for their extensive line of cooking shows, branded kitchenware, and cookbooks.

Despite their fame and immense popularity, they make chump change compared to chef Ramsay. All five of these top chefs have a net worth that is less than $100 million.

One of the richest celebrity chefs on the planet is Ramsay, with an estimated net worth of $220 million. Wealthy Gorilla attributes his success to his “bluntness and fiery temper” saying, “Gordon carved out a career in the television industry around his culinary experience and personality, that people all over the world love to watch.”

Ramsay’s wealth is a combination of his many successful books, television shows, restaurants, sponsorships, and licenses. With worldwide recognition, his name is associated with fine dining and a superior work ethic.

Despite enormous wealth, Ramsay is not considered the richest celebrity chef. That title belongs to Chef Alan Wong, the co-founder of Hawaii Regional Cuisine, with several restaurants in Hawaii and one in Japan. Wong has a staggering net worth of $1.1 billion.