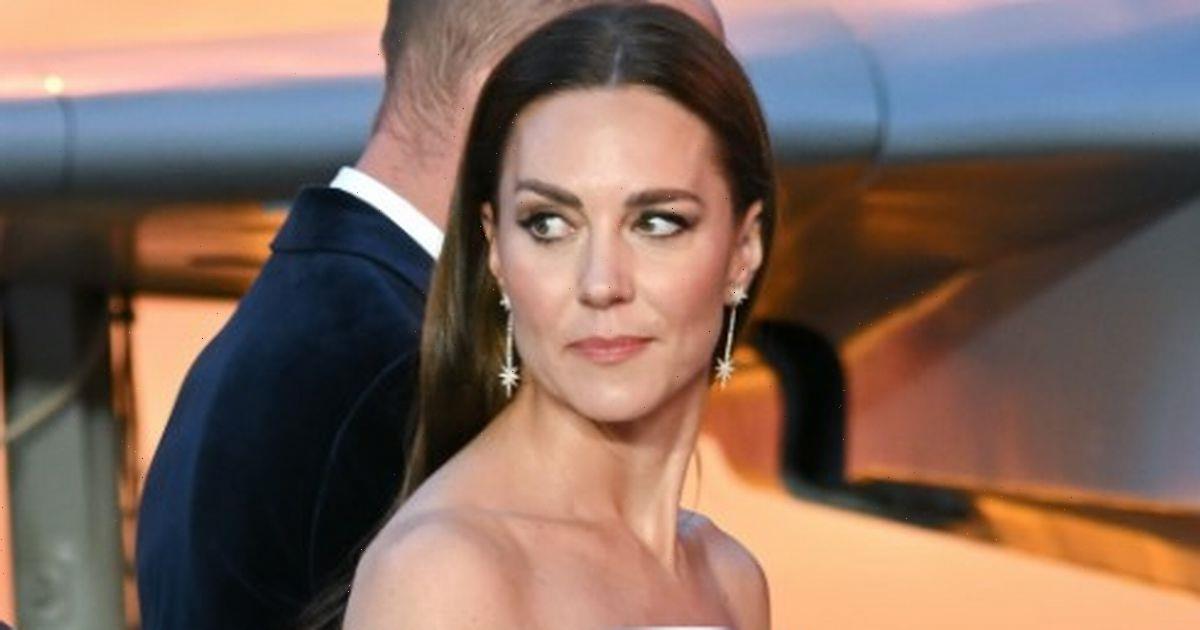 Kate Middleton certainly stunned as she took to the red carpet at the London premiere of Top Gun: Maverick on Thursday evening in a stunning Roland Mouret dress.

And it has now been revealed that the Duchess of Cambridge, who was joined at the glamorous occasion by her husband Prince William, customised the slinky monochrome gown to make it less revealing.

A fan Instagram account for the 40 year old noted that the original dress on a model featured a sheer mesh lace panel as well as a long exposed gold zipper at the back.

However, Kate's dress was altered to get rid of the detail, instead featuring a simple black back to not deviate from the rest of the elegant monochrome look.

Kate teamed the chic bardot-style dress with earrings from Robinson Pelham – the same label who created her wedding earrings.

The mother of four toted her belongings in an Alexander McQueen black velvet clutch and boosted her statuesque height in a pair of black suede Prada stiletto heels.

The royal opted to wear her brunette locks in a sleek straight style, and she finished her look with a slick of glamorous makeup.

Fans loved that Kate switched up the back of her dress, with one Instagrammer commenting: "I'm glad she changed the zipper and back, it's more elegant!"

Another wrote: "Every time she modifies a dress her new version always looks better."

A third added: "I love Catherine's modified version, much better than the original."

Meanwhile, William was his usual dapper self in a smart fitted tuxedo as he donned black tie for the evening.

The royal couple were joined on the red carpet by the likes of Miles Teller and his wife Keleigh Sperry, whom he married in 2019.

Of course, leading man Tom Cruise was also suited and booted to perfection on the movie red carpet.

Kate and William have long been known for their sensational film premiere looks, creating some of the most iconic outfits in recent years.

Kate, in particular, turned heads during their appearance at the James Bond No Time to Die premiere in London last year.

For all the latest royal stories, sign up for OK! 's daily newsletter here.