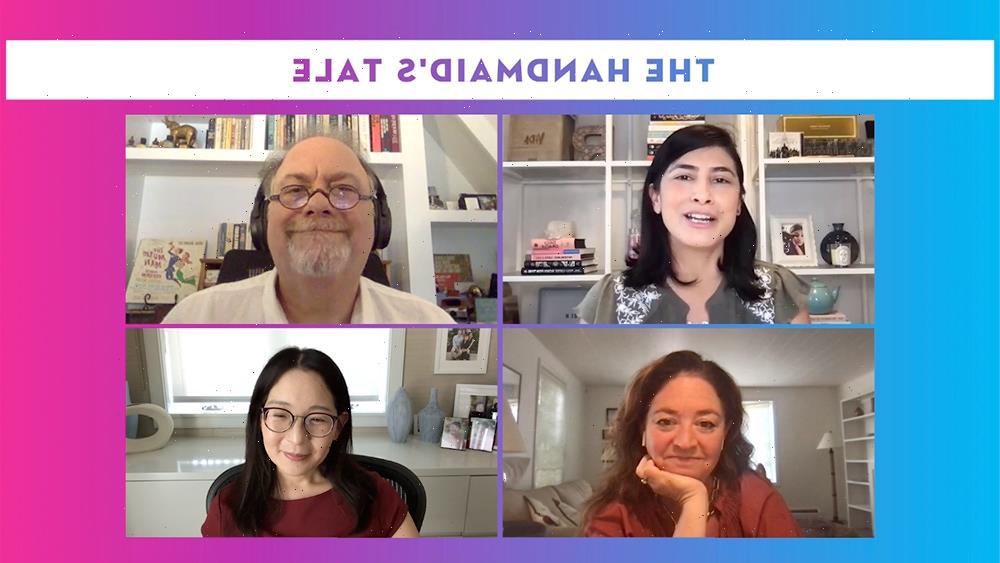 Although fans of Hulu’s The Handmaid’s Tale may have been surprised to see Elisabeth Moss’ June finally cross over into Canada and out of the evil grasp of Gilead in Season 4, the writers have been planning for that moment for some time. And while her arrival to the north didn’t erase all the mental and physical trauma she experienced from her captors, it set free a new June who is hellbent on revenge.

“We had so much time writing [June] in a pre-Gilead world so we had a sense of what her voice was like before and how her mind worked,” creator Bruce Miller said during the series’ panel at Deadline’s Contender Television: The Nominees awards-season event.

“And we’ve been with her so step-by-step that it felt like a natural merging of two things. How she’s trying to merge her new personality with her old personality—and we have been doing the same thing,” he continued. “It was a fun challenge and when you have someone like Elisabeth Moss to write for it makes it even more fun because you can throw really complicated things her way as an actor. It was a wonderful experience but an experience we had been preparing for as a writing staff.”

Executive producer and writer Yalin Chang describes June’s internal struggles reconciling these two sides of her—pre- and post-Gilead June—as well as each version of her wanting to be with the man she loves.

“The big thing that was interesting to be writing episode 7 was to write what happens to June after the fairytale ends,” Chang said. “So, she gets her fairytale ending and she gets to be with Luke [O.T. Fagbenle] again, but the problem is she’s changed so much. She’s not the June from before and she still has one foot in Gilead. Gilead is inside her even though she’s escaped. Nick [Max Mighella] really represents that.

She added” “The love triangle was really written by my brilliant colleague Eric Tuchman in episode 9 where she gets to see Nick and she’s torn between Luke and Nick. I thought that was really brilliant and evocative. The love triangle is sort of writ large is sort of June’s conflict, which is that she’s finally gotten her fairytale ending because she’s free in Canada with Luke and with her daughter and some of her friends but there’s a big part of her that’s still in Gilead and that’s really represented by Nick. That Gilead side of her is this really dark, violent part of her that fuels her and her desire for vengeance. It’s her hatred and her self hatred that’s a part of her that gets her to yell in Serena’s face that she hopes the baby in her womb dies. And that’s a very true part of her that she doesn’t know what to do with it in Canada. That’s her big conflict going forward. She’s in a love triangle with these two aspects of herself.”