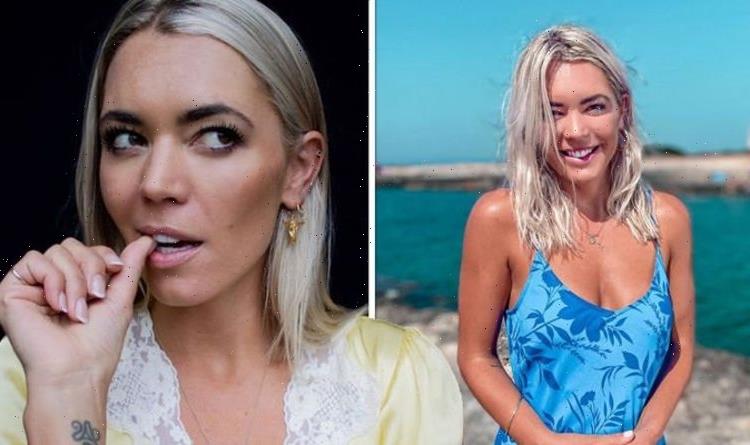 The Edinburgh beauty had originally started her showbiz career with a stint in modelling and had been struggling with the concept of using the London Underground. Yet the Tube was nothing compared to the “horrendous” kidnapping ordeal she would face in Mexico City.

“I had the most eventful, mental, three weeks of my life,” she recalled while talking to actor and producer Louis Strong on his podcast, Headstrong.

“I was supposed to be there three months, but after three weeks I was on a plane home!

“I probably nearly got kidnapped three or four times.

“I had never researched Mexico at all before I went, I just wasn’t thinking.

“I pretty much got followed from the moment I got off the plane.”

Her modelling agency had a partnership with another agency in the warm and sultry country, but it turned out they had “got into debt with some of the wrong people”.

“We got followed in a car the whole time we were there,” she revealed.

The intimidating atmosphere became so intense that a fellow model, a Russian woman she was staying with, called her family in distress.

She’d kept a camera on the bed to record the accommodation in case of a break-in, but to the pair’s horror, when they came back one day, “the camera was still on the bed but the big bolts on our bedroom doors had been removed.”

“She called her mum [who told her] “Get out of there right now!” and she left me.”

“The last night in Mexico City, I had my sofa pushed up against the front door with a pair of scissors in my hand!” she recalled of the terrifying experience.

“At 5am I went straight to the airport and got out of there.”

“Now I’m not a Vogue model,” she exclaimed, [but] I walked straight off the plane and got Vogue castings [immediately].

“There’s a reason I got into those castings – it’s because tall, blonde girls don’t go [to Mexico], because it’s dangerous!”

For a while, Danni recalls suffering a “fight or flight” response to the slightest trauma and “honestly thought I would have it forever”.

However, after spending a month on a friend’s sofa in London, she was ready to look for a new challenge in her career – and TV presenting soon beckoned.

Danni fought off a feeling of “imposter syndrome” to become the much celebrated TV name that we know today.

Now, of course, taking the tube in London seems like child’s play in comparison to how her career first began.

The new series of A Place In The Sun begins today on Channel 4.