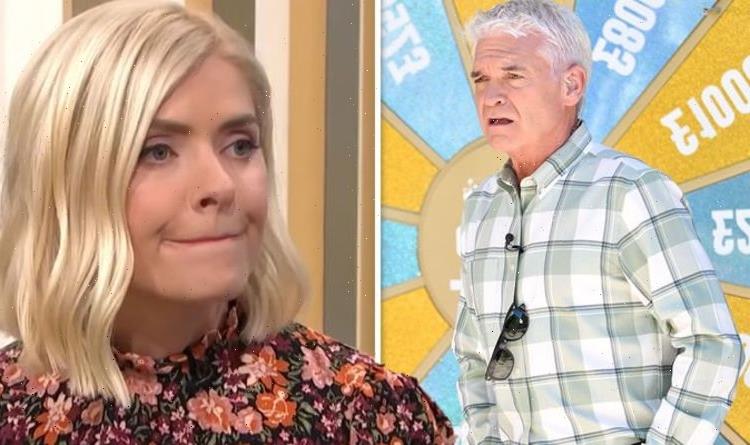 Holly Willoughby, 40, and Phillip Schofield, 59, are fan favourites and have been hosting This Morning together for 14 years. However, Holly has now admitted she previously left ITV bosses stunned over her suggestion about who should replace her regular co-host on the daytime show.

During a new interview about her book Reflections, the presenter shared that This Morning producers were taken aback by her idea that Christine Lampard (formerly Bleakley) could step into Phillip’s shoes.

While chatting to Elizabeth Day on her How To Fail podcast, Holly recalled a time when Phillip was unable to front the show with her, as he was busy working on another project.

This Morning bosses then gave Holly a list of male presenters that she could host the programme with in Phillip’s absence.

Holly decided to offer her own suggestion, that her friend and TV colleague Christine should join her on the This Morning sofa instead.

She revealed this surprised producers, as they were used to a male and female duo presenting dynamic on the show.

The blonde beauty said: “I remember on This Morning when Phil couldn’t do the show for some reason.

“He must have been working on something else and they were trying to find a male co-host to host the show with me, and they were like, ‘who would you like? Here’s a list of people’.

“And I sort of looked down this list and any one of them would have been lovely, and some of them I’d done the show with before.

“And I remember saying, ‘can we not get Christine Bleakley in?’

“And I was like, ‘well I know normally, but it would be really lovely and she’s a really good friend of mine, and she’s an excellent presenter, and I just think it would be nice’.”

Holly eventually managed to convince the producers to allow her to team up with Christine, who now often fronts ITV’s Lorraine in regular host Lorraine Kelly’s absence.

Holly continued: “And it was lovely, and I just think that sometimes people just don’t think.

“I think because it’s always been done a certain way, but I don’t know.

“I’d be totally and utterly lost without my girlfriends, I need them,” the star added.

Holly chose Christine to interview her at the launch of her new book Reflections last night.

The duo took to the stage at the Barbican Theatre in London to discuss the ideas behind the project.

Phillip was there to cheer Holly on, filming a snippet of the event and sharing it on Instagram.

He wrote, “Supporting my bestie,” before gushing that he was “#proud.”

Holly stunned at the event in a plunging minidress complete with a floral collar.