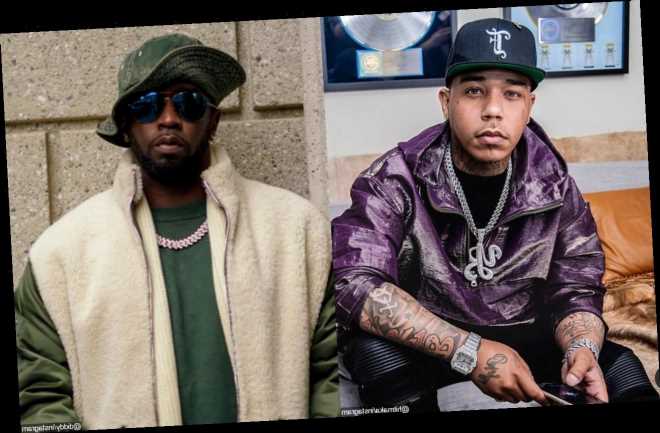 The megaproducer reminisces those days when he had nothing a dollar and a big dream, saying, ‘I used to go on rants about how I was gone be the puff daddy of our generation.’

AceShowbiz –Hitmaka a.k.a. Yung Berg is one of the megaproducers in hip-hop music industry. However, his journey to reach his position now wasn’t that easy as he reminisced those days when he had nothing but a dollar and a big dream.

“[Six] years ago I was sleeping on the floor of Jeremih tour bus HAPPY AS HELL that someone believed in me,” the rapper, who has been working Nicki Minaj, Gucci Mane, Lil Wayne, Chris Brown and Wiz Khalifa among others, wrote on Thursday, January 28. “I used to go on rants about how I was gone be the puff daddy of our generation. I truly believed that & put work in.”

His hard work definitely didn’t betray him because “3months later” Big Sean‘s “Bounce Back”, which he produced, became a hit. Concluding his encouraging message, Hitmaka wrote, “NEVER GIVE UP.”

Proud of his own hard work, Hitmaka reposted the tweet on his Instagram account. “When you putting in work from the ground up it don’t look like money but when you look back I promise them times gone mean more than anything. NEVER GIVE UP,” so he captioned the post.

A slew of fellow musicians showed their support to Hitmaka as they witnessed the producer’s journey to the top. Among them were Trina and Johnta Austin.

That aside, Hitmaka made headlines recently after Naturi Naughton blasted him over his claims that she had IUD on when they hooked up back in the day. “I was 15-16 when I was in 3LW. I don’t know what kind of date-I mean, group activities. I remember we all lived in L.A., at the Archstone. Maybe we all hung out in groups…That took a lot for me not to come on here and be like, ‘Really?!’ That’s why a week later, wasn’t there like an apology or something?” the “Power” actress said on “The Breakfast Club” earlier this month. “Maybe it’s a compliment. Everybody was like, ‘Maybe he wanted to get with Tasha.’ Okay, I get it. Poor baby.”

Hitmaka himself regretted telling the story to public. “Like I felt bad about the fact you know what I’m saying after the fact — but I mean you know that it is my truth, like you know what I’m saying but I didn’t want it to come out like that and I knew they was going to clip it up and make it like a thing like that and I asked them not to but they did it anyway,” he said in a November 2020 interview on Angela Yee‘s “Lip Service”.