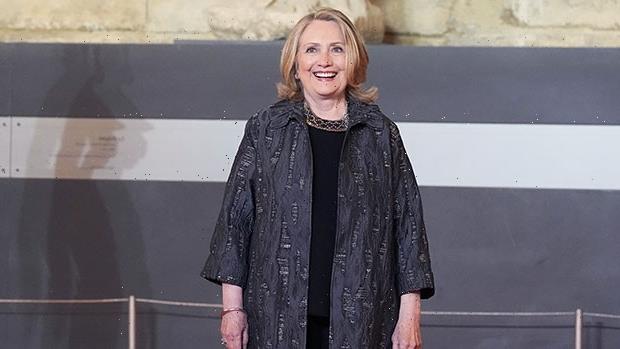 Hillary Clinton didn’t hold back, when she slammed Republican leadership going along with former President Donald Trump’s election fraud claims on ‘The View.’

Former Secretary of State Hillary Clinton, 73, appeared on The View on Monday October 11, and before discussing her new novel State of Terror with co-author Louise Penny, the 2016 Democratic presidential candidate also weighed in on former President Donald Trump, 75, and his false claims about election fraud. Clinton lambasted Republican leaders for not shutting down Trump’s election lies.

Host Sara Haines asked the former first lady about Trump trying to pressure Justice Department officials to overturn the 2020 election, where he lost to President Joe Biden, and how it led to the January 6 insurrection. Haines asked Clinton about how accountable Trump was, when she called out leadership for not shutting down the election fraud lies. “We not only came close to a full constitutional crisis, and that gives me absolutely no satisfaction in saying this, because I think we’re at a very dangerous, continuing high level attack on the legitimacy of our government, and the election of our president. Obviously, our former president is not only behind it. He incited it. He encouraged it, and he continues to do so, and you have leaders of the Republican party who have willingly gone along, as though they’re members of a cult. Not a political party, but a cult. They’re continuing attacks on the election, and their refusal to say, ‘You know what? We’ve counted these votes. It’s over. We’re going to move on,’ has sown so much doubt,” she said.

Clinton noted that the challenges to the election fraud claims aren’t over yet. “You combine it with the disinformation network known as Facebook, and you’ve got a volatile mix. We are still in the midst of a concerted, well-funded effort to undermine American Democracy,” she said.

Other than the election fraud claims, Clinton also spoke about who may run in the 2024 election as a Republican, explaining that Trump still has a great deal of influence within the party, after guest co-host Sherri Shepherd asked about Nikki Haley. “If [Trump] wants to be the nominee, he will be the nominee,” she said. “I think that everybody else who is talking about [running] or considering it understands that. What they are doing is trying to placate and play up to him, because if he decides not to run, they want to be the second or other choice.”

'The View' — Photos Of The Show 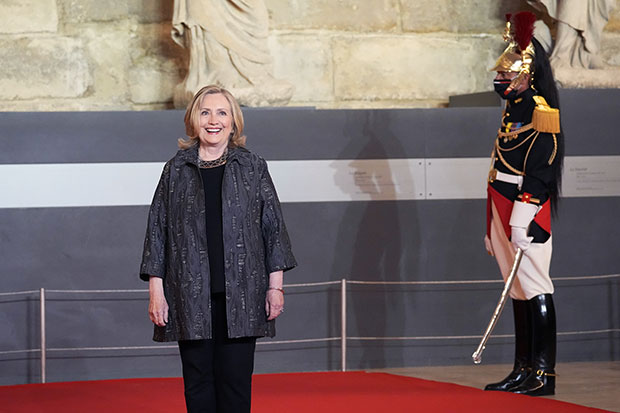 The former secretary of state slammed Republican leadership again, for their support of Trump, but she also explained that his base of supporters plays a key role in why leaders don’t speak out against him. “I think it says volumes about the Republican party today that someone who has the record of attacking our own government, of lying to people about the biggest health crisis that we’ve had in over 100 years, namely COVID, and the list goes on, is considered the leader, because they’re all afraid of the mob that he’s created, and that he keeps energized. He’s going around the country and he’s having these rallies,” she said.

Clinton also broke down some of the reasons that people would support Trump, reflecting on history. “Demagogues arise from time to time, and they can rise, and then, they can fall, or they can have a sustained position of leadership—and authoritarian leadership—where they are calling the shots for people who either truly believe what they’re being told or who throw their lot in for partisan reasons, financial reasons, ideological reasons,” she said.

During her interview, Clinton also spoke about the recent Facebook whistleblower and the impacts that social networks have on politics, and she spoke about Biden’s Build Back Better plan and roadblocks Democrats have faced from Senators Joe Manchin and Kyrsten Sinema in getting the infrastructure bill passed, before discussing her novel State of Terror on the show. HollywoodLife reached out to Donald Trump’s office for comment.