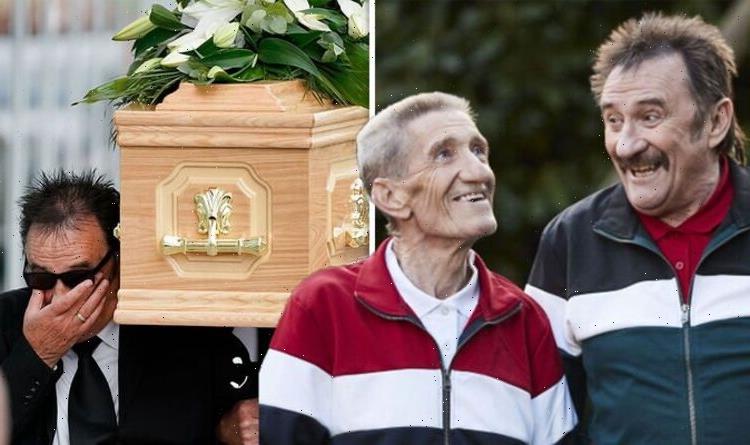 Paul Chuckle reveals he does DJ appearances at nightclubs

Paul Chuckle was left heartbroken when his brother, comedy partner and “best friend” Barry died from bone cancer in August 2018. But he believes Barry visits him regularly from the “afterlife”.

The 74-year-old was speaking to Express.co.uk as an ambassador for Marie Curie, a charity especially close to his heart since his Chucklevision co-star Barry died from bone cancer aged 73.

Paul said grief never gets any easier – but he has a special way of being able to see his brother all the time.

“I feel that he is still with me, which is a great thing. I believe in the afterlife, I don’t believe when you die, that’s the end of it all,” he explained.

“Barry didn’t believe in that, but from the day he died he has been in almost every dream I’ve had, Barry’s there alongside me.

“He never was during the years he was alive, when we were together. He was very rarely in my dreams. But since he’s died he’s been there,” he added.

“I think that’s his way of saying, ‘There is an afterlife, I’m here, I’m still with you.’”

Paul continued: “I just miss him, I miss him badly. But as long as you believe he’s still around, it makes it a lot easier.

More recently, Paul has branched out into DJing, and he says he feels his brother there next to him when the crowd goes wild on the dance floor.

He said: “Whenever I go out to entertain, whether it’s DJing, acting or TV work, I always feel he is there with me, alongside me. It’s a great feeling.”

Asked how often he hears his iconic catchphrase “to you, to me,” Paul admits it’s every day if he’s out and about – but he appreciates the love and the impact he’s had on generations of people.

And he doesn’t plan on slowing down any time soon – while Paul denied the reports he will star on Celebrity MasterChef this year, he said he would love to do the show, and in the meantime is continuing with his DJing and acting work.

Is retiring on his radar at all?

“I don’t look like stopping at all, I am fit and well, nothing can stop me!”

Paul is an ambassador for the end of life charity, Marie Curie.

“Barry and myself were ambassadors for Marie Curie for many years, before he died, before he got poorly,” he said.

“We have always supported Marie Curie. But of course, they looked after him in his last few weeks, which showed exactly what they do, and I knew them very well and knew I could speak to them whenever I wanted to, so I will always support Marie Curie.

“They do marvellous work, and with a smile,” he added.