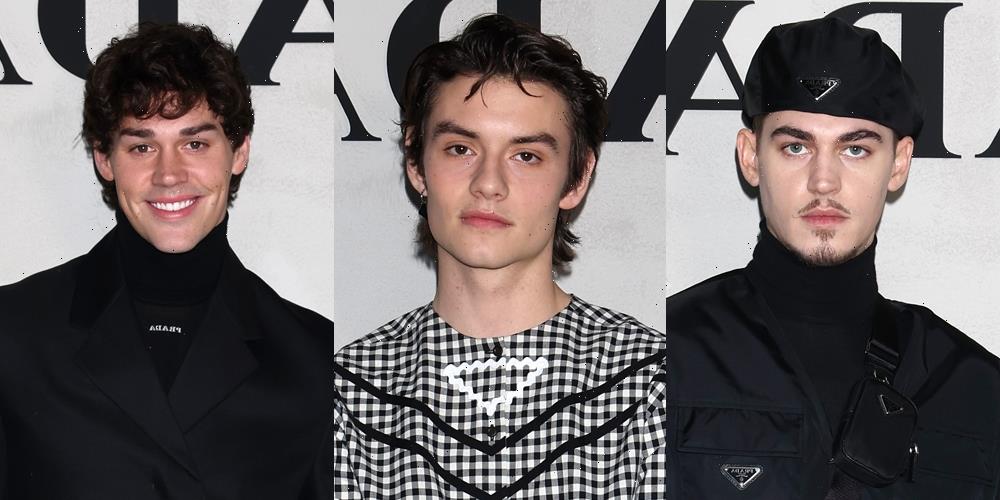 Hero Fiennes Tiffin wears a hat with his all black outfit while attending the Prada Fall/Winter 23/24 Menswear fashion show held on Sunday (January 15) in Milan, Italy.

The After star was joined by several other young stars at the Milan Fashion Week runway presentation.

If you missed it, Hero will be starring in another After movie, After Everything. Check out the first teaser trailer now!

Louis has an upcoming new TV series in the works, Disclaimer. He was spotted back in November filming scenes with co-star Liv Hill.