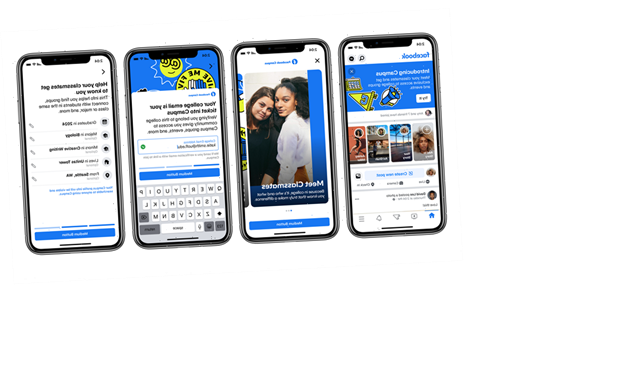 Facebook is going back to its roots with Facebook Campus, a space devoted to current college students. The social media platform is hoping to make it easier for students to connect with classmates in a designated space where you can scroll a feed, chat, and engage with your peers. If you’re back to school and looking to connect, here’s how you can join Facebook Campus.

The company announced Facebook Campus on Thursday, Sept. 10, and it seems very familiar to the original idea for the site. Mark Zuckerberg first launched Facebook in 2004 as a networking spot for Harvard students, before it expanded to other Ivy League schools and colleges. Facebook eventually made the jump in September 2006 to letting anyone join. Now, Facebook is stepping back in time to give college students a place of their own, as many are taking a combination of online and on-campus classes, or fully online, due to the coronavirus pandemic.

Facebook Campus is available as of Sept. 10, and here’s how you can get connected. First, you’ll need to create a different profile called your Campus profile. To do this, find the Facebook Campus section in the Facebook app, which will be located in the Bookmarks tab on the right (the tab with three lines). You may also see it featured at the top of your News Feed, in which case you can tap the banner to try it out. From there create your profile by entering your college email address and projected graduation year. You can also choose to include some optional information, such as your major, classes, hometown, and minor. Once you’ve made a profile, you’ll be able to see Groups and Events for your school, find classmates, plan study groups, virtual concerts, and more. 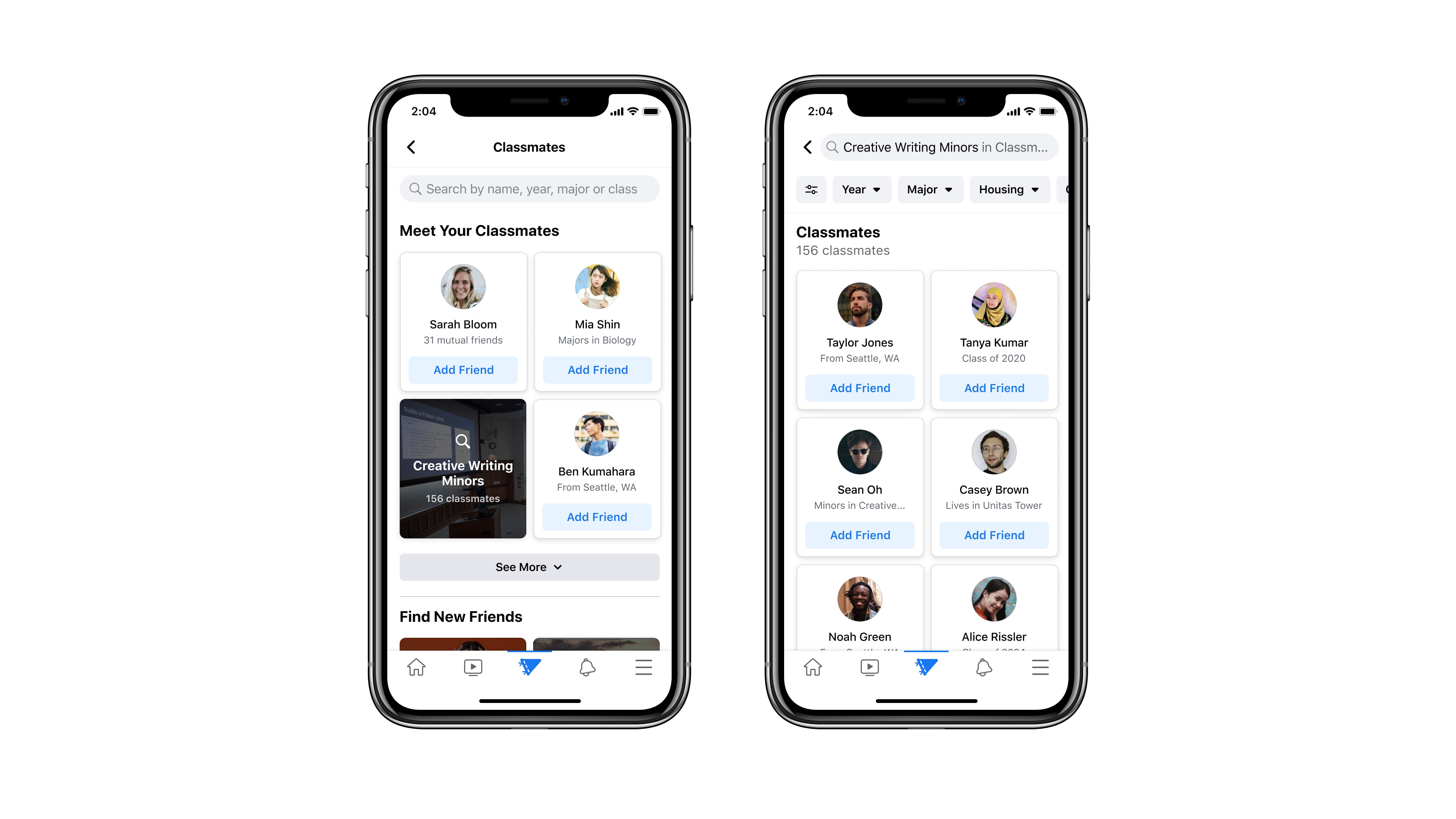 There are three key features you can explore once you’ve signed up for Facebook Campus, including a campus-only News Feed, a campus directory, and Campus Chats.

The campus-only feed works like a regular Facebook feed but is a space dedicated to students using Facebook Campus. This feed is where you’ll find posts from classmates, groups, and events. The campus directory helps you find and connect with classmates by searching by class, major, and year to find people who share similarities with you. Finally, Campus Chats work similar to Messenger, as real-time chat rooms where you can talk with your classmates, or join group chats for your dorm, campus club, and more. 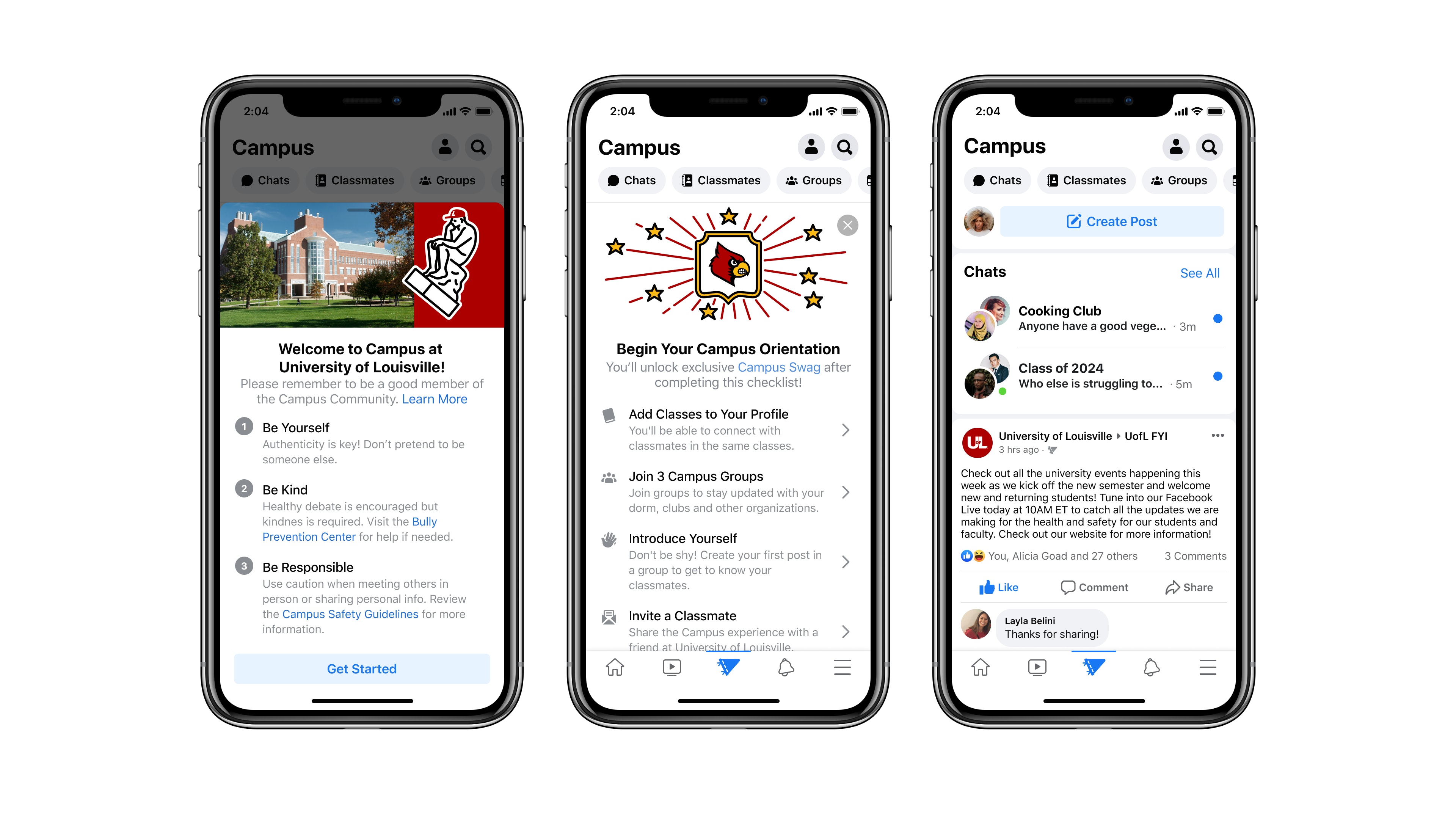 Basically, there are a lot of familiar FB features, but it will be tailored to keep you in the know about what’s going on at your school and with your classmates. Facebook Campus is first rolling out to 30 schools in the United States. The schools include:

If your college isn’t one of the initial schools getting Facebook Campus, Facebook may include it later on as it rolls out availability to other schools in 2021, so keep an eye out for updates.