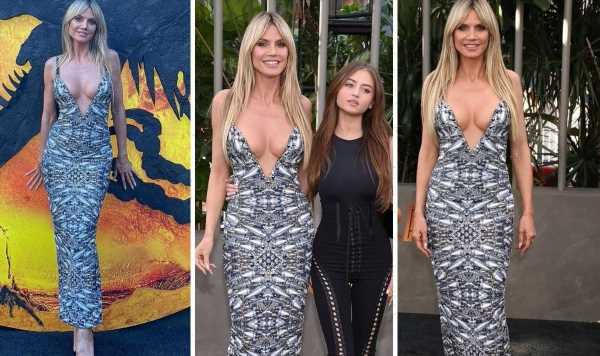 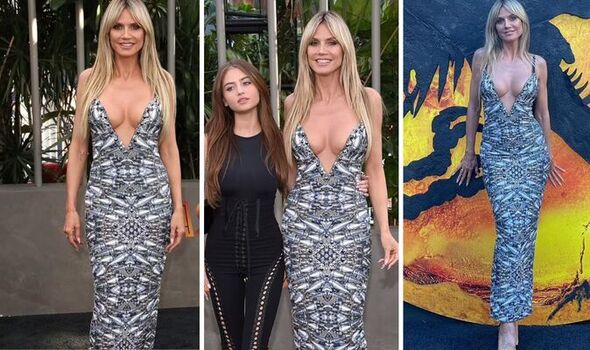 Heidi Klum, 49, stunned fans on Monday when she attended the premiere of Jurassic World: Dominion in a daring silver dress. The German-American model was joined by her daughter, Leni Klum, 18.

The Project Runway star showed off her cleavage in her Spike Bustier Dress from The Blonds.

The daring outfit’s plunging neckline almost reached down to her navel.

Heidi paired the dress with black open-toe heels, while she wore her long blonde locks straight with a part through the middle.

Leni, who is following in her mum’s footsteps as a model, wore a pair of high-waisted black pants which laced up over her midriff, featuring a string of cut-outs running down the legs.

Leni accessorised with a boxy black handbag clutched under her arm.

Jurassic World: Dominion is the third and final film in the second Jurassic Park trilogy.

The plot revolves around a new world, in which dinosaurs are now appearing globally, terrorising humans.

Heidi and Leni posed in front of a dinosaur model

Heidi and Leni Klum posed for pictures at the film premiere