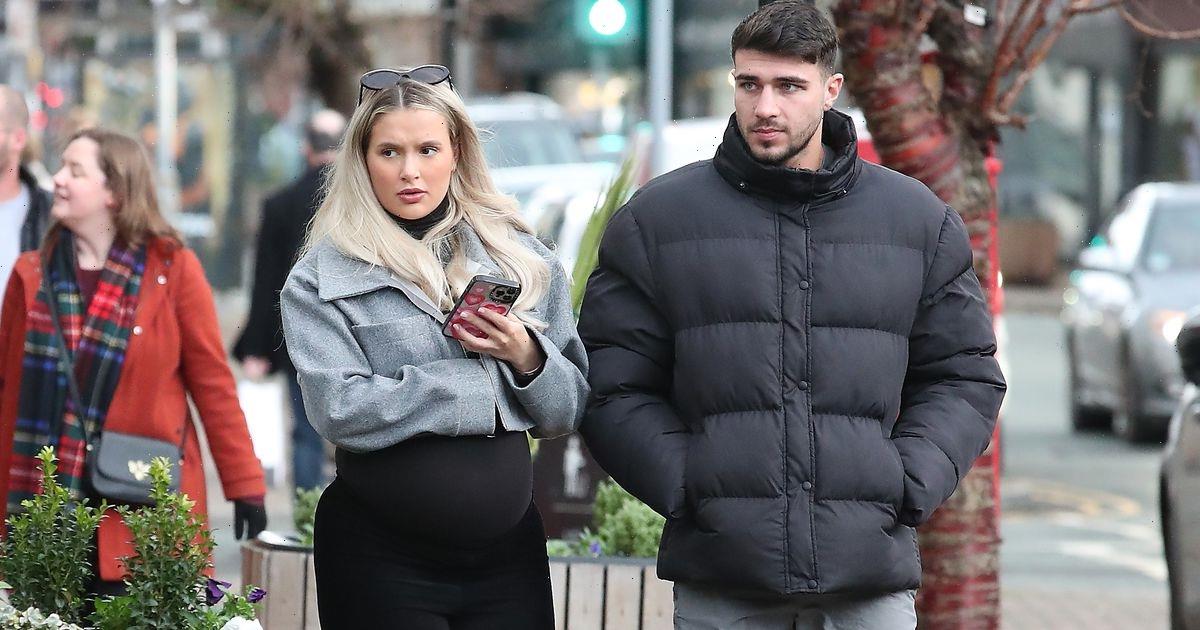 She recently confirmed she’s due to give birth in around a month’s time, and Molly-Mae Hague and her boyfriend Tommy Fury were spotted heading for one of their last lunches as a two as they stepped out in Cheshire today.

The pregnant Love Island star showed off her blossoming bump in a tight black top and a grey cropped jacket, which she teamed with black trousers and black boots.

Meanwhile boxer Tommy showed no signs off feeling the cold as he sported a pair of grey shorts with his black puffa jacket.

The couple appeared to making the most of their last few weeks as a duo as they prepare to welcome their baby girl next year.

Molly, 23, recently revealed that she is due to give birth at the end of January after months of speculation that she was due in December.

The PrettyLittleThing creative director shared a TikTok video of herself cradling her bare bump in her mirror while dressed in a baggy grey jumper and black leggings.

In the clip she could be seen lip-synching to a voice clip of Kylie Jenner in her viral pregnancy video, in which she said: "So, I'm 34 weeks today. I only have a month left."

“How did that happen #fyp #pregnant,” Molly captioned the video.

And the star’s fans couldn’t contain their excitement at knowing when she is due, with one taking to the comments to write: “A month left!!!!!”.

A second added: “Can’t wait,” while a third wrote: “Oh wow. Where did that come from. But your glowing. Xx”.

Molly sparked speculation that she'd already given birth just days before Christmas, as she posted a sweet video of Tommy hanging up three Christmas stockings underneath their TV.

In the clip, posted to Instagram, fans could see two matching red stockings with reindeers on for Molly-Mae and Tommy, while in the middle there was a sweet light grey one with a baby penguin on it.

One fan of the star tweeted: "Three stockings? Has baby come?!"

While another wrote: "Who is the third stocking for????"

However, Molly soon confirmed that she hadn't given birth yet as she shared a gorgeous snap of herself cradling her baby bump after Christmas.

In the picture Molly could be seen wearing a brown midi-dress next to her Christmas tree at home as she placed her hand on top of her bump.

She hosted her family, including her sister Zoe and her fiancé, at her new home for the Christmas, while Tommy celebrated with his family separately.