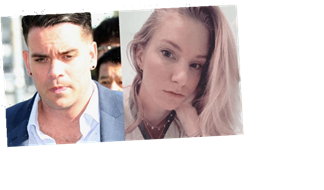 This year, Naya Rivera died in an unthinkable tragedy, giving fans, loved ones, and former castmembers yet another reason to mourn.

Naya Rivera was not the first Glee star to die tragically young in a manner that shocked the world.

Cory Monteith’s passing years ago was shocking to the world. For some young fans, his was the first celebrity death with which they had ever grappled.

But, if we’re being technical, there was another major member of the cast who did die … but no one wants to talk about.

Mark Salling was arrested in 2015 after an ex-girlfriend tipped off authorities that he had “thousands” of files of child pornography, some featuring extremely young girls, at his home.

A search revealed that he had more than 50,000 images of young lives being ruined in his possession.

He pleaded guilty in December 2017, preparing to serve time in prison and then seek treatment upon his release. In January 2018, he died by suicide.

It being December, some Glee fans are reminiscing about classic holiday episodes of the show, including an episode from Season 2, shown in the above screenshot.

Kevin McHale, whose character was central to that episode, quote-tweeted such a post. It included a screenshot in which Mark Salling’s face was censored by a vomit emoji.

“I don’t feel the need to ever justify something because somethings are better left unsaid,” Heather then tweeted after the backlash.

“Y’all who have lots of things to say, I get it, I UNDERSTAND you…some things are unforgivable,” she acknowledged.

“We did not lose just 2 cast members, we lost 3,” Heather declared, putting Mark Salling in the same category as Cory and Naya.

“And it is SO incredible tough to have to act like that 3rd one is invisible, because even though his actions are unjustifiable, he was a part of our family at one point and he was mentally SICK,” she wrote.

“Yes pedophilia is a sickness but…” Heather continued.

“Although I don’t want to have to say all that, its truthful,” Heather tweeted.

Then she began to be sarcastic: “So THANK YOU for treated me with such disrespect and unkindness.”

Heather concluded by noting that this is “during a time that I can’t get through a day without bawling my eyes out at the loss of my entire Glee family… thank you.”

So, a few points there, because there is some nuance … if not much … to this conversation.

Heather is absolutely right when she says that what Mark did, trafficking in (and thus encouraging further sales of) child pornography is unforgivable.

It’s not the same as someone having a gross fantasy or reading a problematic story (like some literary classics are, frankly), because actual human lives are ruined in the making of such images.

Heather is right to say that pedophilia is a sickness. In fact, it is speculated that it’s basically just crossed wires in the brain, conflating the nurture instinct with sexual attraction.

(Something similar is the case with certain cannibals — a blending of sex drive with the desire to eat food resulting in, well, some bad things happening)

But just like molesting a child is a choice, so is downloading photos of them being victimized. Thought crimes are not a thing, but acting on these particular thoughts is monstrous.

So, is it wrong for Heather and perhaps others to mourn Mark Salling?

That is a difficult topic, because some of us have an easy time flipping our opinions on someone like a switch when we learn new, world-changing information about them.

Some people, like Heather, clearly do not, and they grieve when an evil person dies just as they would when a good or simply neutral or complicated person does.

But it’s deeply gross for many of us to see someone lump the likes of Naya and Cory in with someone like Mark Salling, and that’s not unreasonable.

Personally, I try to avoid grief-policing people (like remember when all of Twitter was mourning notorious domestic abuser XXXTentacion?) because their tears, though unjust, do nothing to help a dead monster.