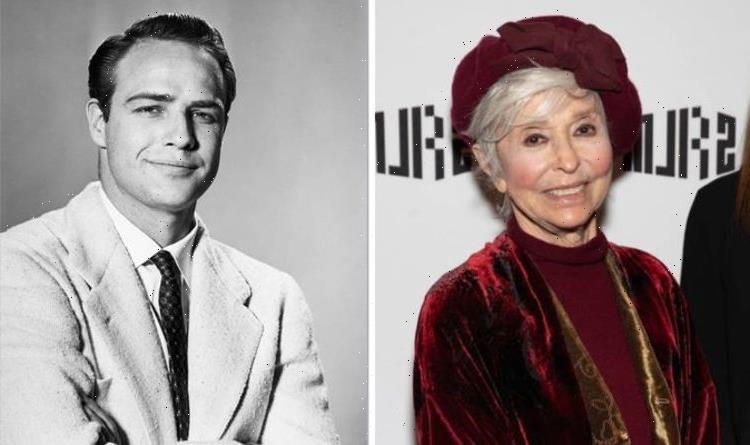 Rita Moreno spoke up about her complicated relationship with legendary Hollywood actor Marlon Brando. The dancer said that she was mistreated by the actor and at one point wanted to end her life.

Rita is famous for playing the role of Anita in the original 1961 film version of West Side Story.

She explained that Marlon was a “bad guy” when it came to his treatment of women.

However, she couldn’t deny that the mega-star was “exciting” to be with.

The star added that she could “read him like a book” and that is the reason why he loved her so much.

She explained to The Daily Mail that she tried to “end her life” at one point.

Rita explained she was confused about wanting to kill the “trod-upon” version of herself.

“I tried to end my life with pills in his house. That’s how I tried to do it.

“I didn’t understand that if I was going to kill this pathetic, sad, trod-upon Rita, the rest of Rita was also going to go with me.”

She went on to say that Marlon expressed interest in wanting to restart the relationship after she had moved on and settled down.

Rita ended up getting married to her manager Leonard Gordon from 1965 until his death in 2010.

She added: “What’s interesting is that he wanted to renew.”

But she explained that she was not interested, and was in a “committed union” with a new husband and a daughter, Fernanda.

Rita celebrated her 90th birthday in December, and spoke to Deadline about her gratitude for life.

She said: “On the face of it, nothing has changed.

“I’m older and deeply grateful for still being here.”

“Inevitably, now there is concern about what’s next after West Side Story, and anyone who tells you otherwise is a damn liar.

“I can only hope that 45 years from today, I have half the spark, passion and love for my work, my country and humanity; as well as, the physical and mental ability to share it.”

The actress had just appeared in the latest adaptation of West Side Story alongside Ansel Elgort and Rachel Zegler.

It has been almost 60 years since she appeared in the original film.

Alternatively, you can find more information on the Samaritans website here. https://www.samaritans.org/