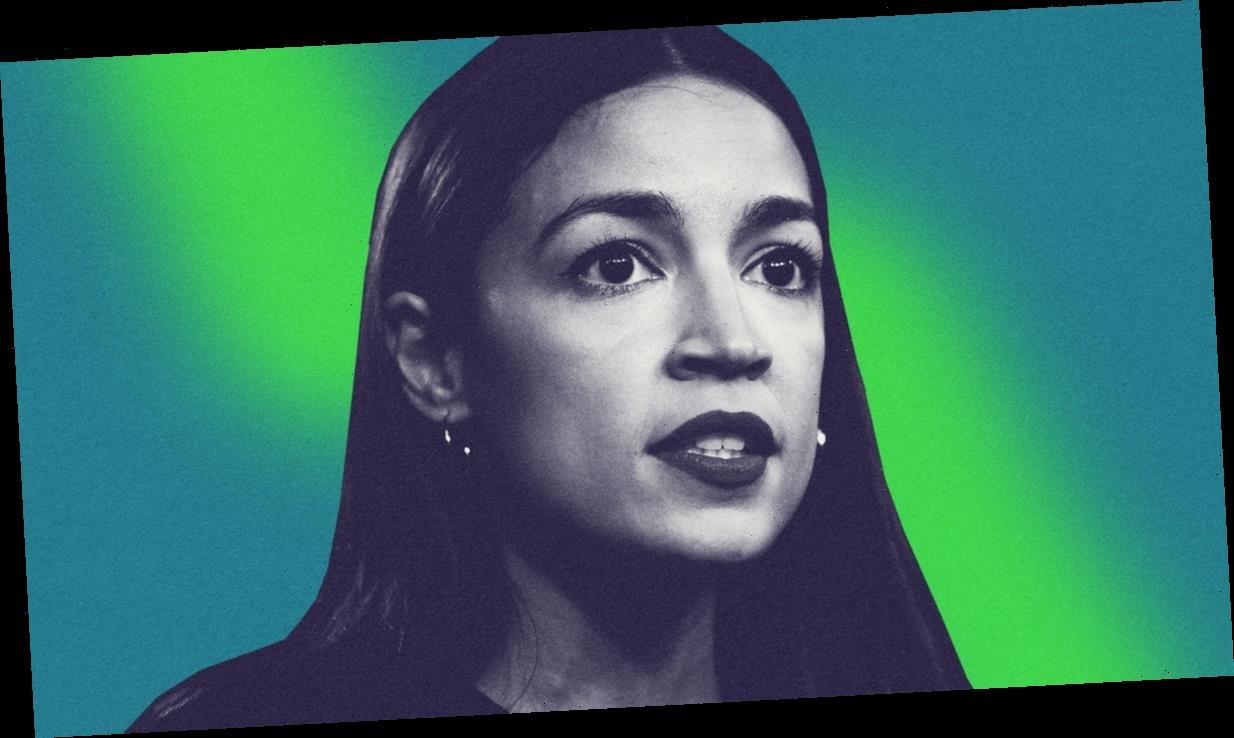 On Monday, Feb. 1, Rep. Alexandria Ocasio-Cortez took to Instagram Live to powerfully describe the terror she felt during the violent Capitol insurrection on Jan. 6. In a video that lasted more than an hour, she recounted her experience when the mob of Trump supporters broke into the Capitol, threatened legislators, and forced them to evacuate or hide. Ocasio-Cortez also disclosed she is a survivor of sexual violence, explaining that her previous experience “compounded” her trauma from the riot.

Like Ocasio-Cortez, I’m a survivor of sexual assault. When I heard that she was a survivor too, I wasn’t shocked or even surprised. It’s something a staggering amount of women and other marginalized genders have been forced to go through — even those in power. As our government grows more diverse in gender and ethnicity, inevitably our legislature will also consist of more and more people living with the trauma of gender-based violence. That’s messed up. But when we have survivors in government who are able to speak openly about their experiences while making decisions for the welfare of the people, it gives survivors a chance to equalize the playing field.

The #MeToo movement that booted a number of prominent men from both sides of the aisle out of Congress revealed how many accused abusers are already in power. Two of the nine lifetime members of the Supreme Court — Brett Kavanaugh and Clarence Thomas — have been publicly accused of sexual violence, though both have denied it. These are the people who get to make decisions about federal laws like Title IX, abortion policy, and domestic violence protection, which impact survivors like the very people they’ve been accused of harming.

Ocasio-Cortez’s revelation about her assault made headlines, but sadly, she isn’t even the first person in Congress to have survived sexual or domestic violence or harassment. Rep. Katie Porter has spoken about her experiences with domestic violence and how those experiences were weaponized against her during her campaign. Former Rep. Katie Hill, who resigned amid allegations of an inappropriate relationship with a staffer, has been open about her experience with sexual violence, like revenge porn and domestic abuse, and says she was harassed by the public for it. Even following Ocasio-Cortez’s brief disclosure about her sexual assault, she was accused of lying about her experiences of trauma, and even those who believed her accused her of “emotional manipulation” and using it for political gain.

According to the CDC’s 2015 National Intimate Partner and Sexual Violence Survey, 1 in 5 women in the United States have experienced attempted or completed rape, and more than 43% have experienced ”some form” of contact sexual violence. The likelihood of experiencing sexual violence increases for women of color: 40% to 60% of Black women report being subjected to coercive sexual contact by age 18, according to the National Center on Violence Against Women in the Black Community. One-third of Latina women in the U.S. will experience intimate partner violence during her lifetime, per the National Intimate Partner and Sexual Violence Survey, and Latina migrants are subjected to an increased risk of sexual violence — 60% to 80% — during the immigration process. And the Department of Justice (DOJ) says more than half of Indigenous women will experience sexual violence in their lifetimes.

As a survivor, knowing that there are people like Ocasio-Cortez fighting for me in government gives me a little more faith that one day, the government might get to a point where those in power are providing for the needs and safety of all people in the United States, not just the most powerful. For example, one of the first things Ocasio-Cortez did in her first term was sign on to co-sponsor Rep. Barbara Lee’s EACH Woman Act, which would repeal the Hyde Amendment and make abortion accessible and affordable to all. (The amendment bans the use of federal funds for abortion, except in cases of rape or incest, or when the pregnant person’s life is physically threatened.) In February 2019, Porter fought for a report on the intersection of firearm possession and domestic violence and has advocated for the renewal of the Violence Against Women Act (VAWA), as well as a number of other things to protect and address violence against survivors.

But what happens when we allow Congress to become a life-threatening space for survivors? "When we go through trauma, trauma compounds on each other,” Ocasio-Cortez said in her livestream. When survivors enter spaces that feel unsafe and trauma intensifies, it becomes less likely these needed voices will be heard and more likely accused abusers will continue to wield their power relatively unchecked. 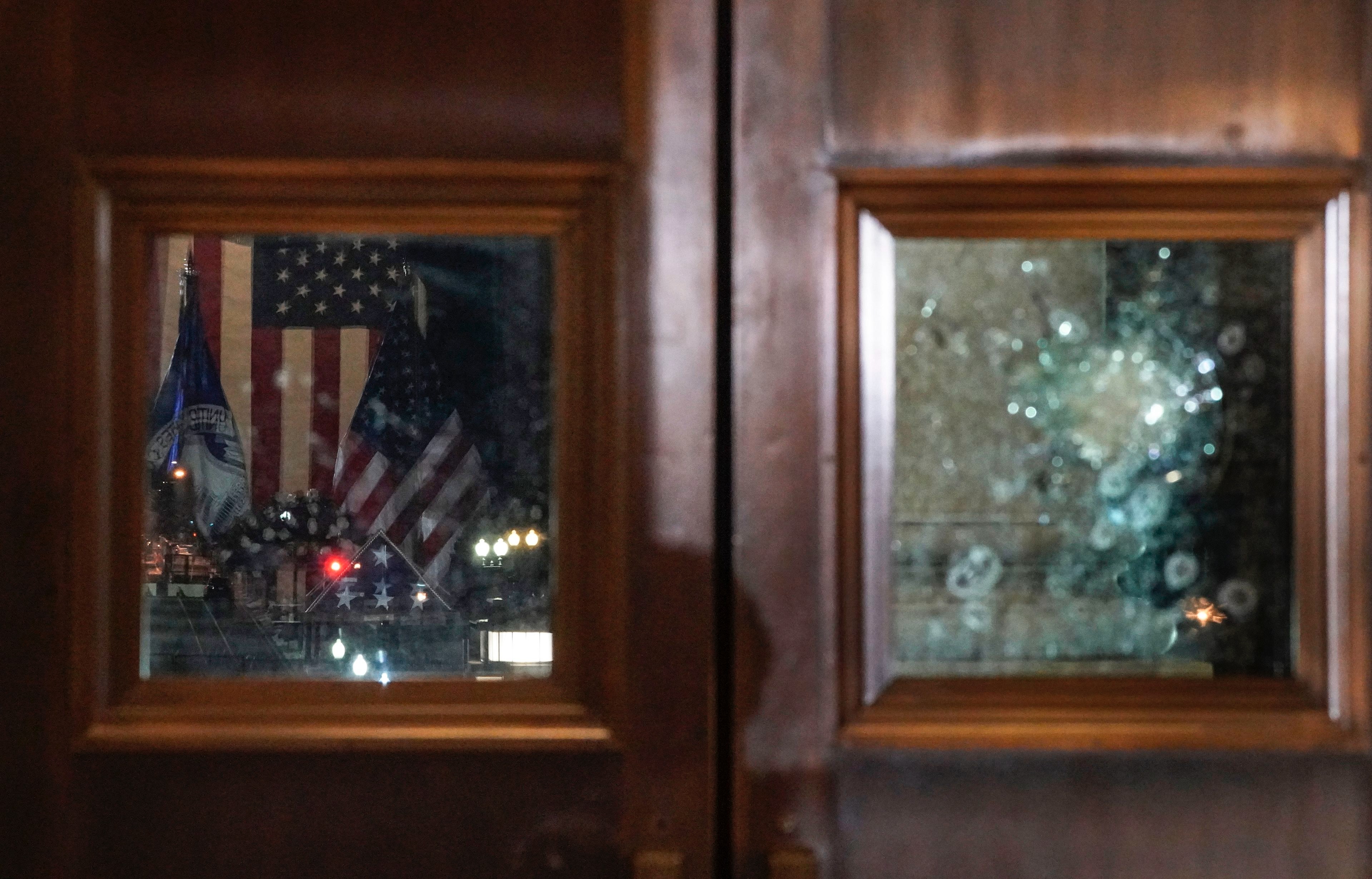 As a survivor who had to navigate a college campus with my abuser and others who had stalked or harassed me, I know how isolating it feels to try to do your work, change the world, and grow as a person when so many surrounding you are abusers or enablers who look the other way. “Boys will be boys,” “These things happen,” and “You’re overreacting” are the refrains of almost every workplace or educational setting that’s hostile to survivors.

It’s the same refrain that Ocasio-Cortez’s political opponents, like Cruz, used to try to diminish and silence her trauma about the Capitol attack. “There’s a lot of partisan anger and rage on the Democratic side,” Cruz told reporters on Jan. 28. “It’s not healthy for our country, it’s certainly not conducive of healing or unity, but everyone has to decide how they want to interact with others.”

Ocasio-Cortez’s response to Cruz’s demand for complacency called out the similarity in tactics. “These folks that tell us to move on, that it’s not a big deal, that we should forget what’s happened or even telling us to apologize, these are the same tactics as abusers,” Ocasio-Cortez said in her live video. One of the most common ways abusers try to silence the subjects of their abuse is through DARVO: Abusers will deny their behavior, attack their victims, and then try to act as though they are the ones who have been victimized.

It’s comforting to know, as a fellow survivor, Ocasio-Cortez is speaking truth to power and voicing so many of my own thoughts and experiences. But to do so, survivors have to put themselves in harm’s way in spaces and with colleagues who minimize their trauma, disregard their safety, and do their best to push survivors out of the spaces they deserve to be in.

That shouldn’t be the price they have to pay. It shouldn’t take having survivors in Congress to increase our faith in people who swore to defend us.

We should, of course, strive for a government — and society — with neither abusers nor survivors in positions of power because it means we have fixed the systems and mindsets that lead to assault in the first place. But in the meantime, if we continue to make government a hostile place for survivors, where people can’t share safely and bring their full experiences and selves to the table, then as a country, we stand to lose their voices. Those 1 in 5 American women and all other survivors of assault stand to lose the champions who truly understand what they have gone through and what they need.

When survivors hold power and influence, they can fight to remove abusers from power, incorporate consent workshops into U.S. education systems, provide funding for people who’ve been assaulted, and build more shelters. There’s no limit to what they can do. But if they have to risk their lives and mental health to do it, then we won’t see the change we need. We’ll just see what we’ve always seen — abusers in power, escaping accountability.