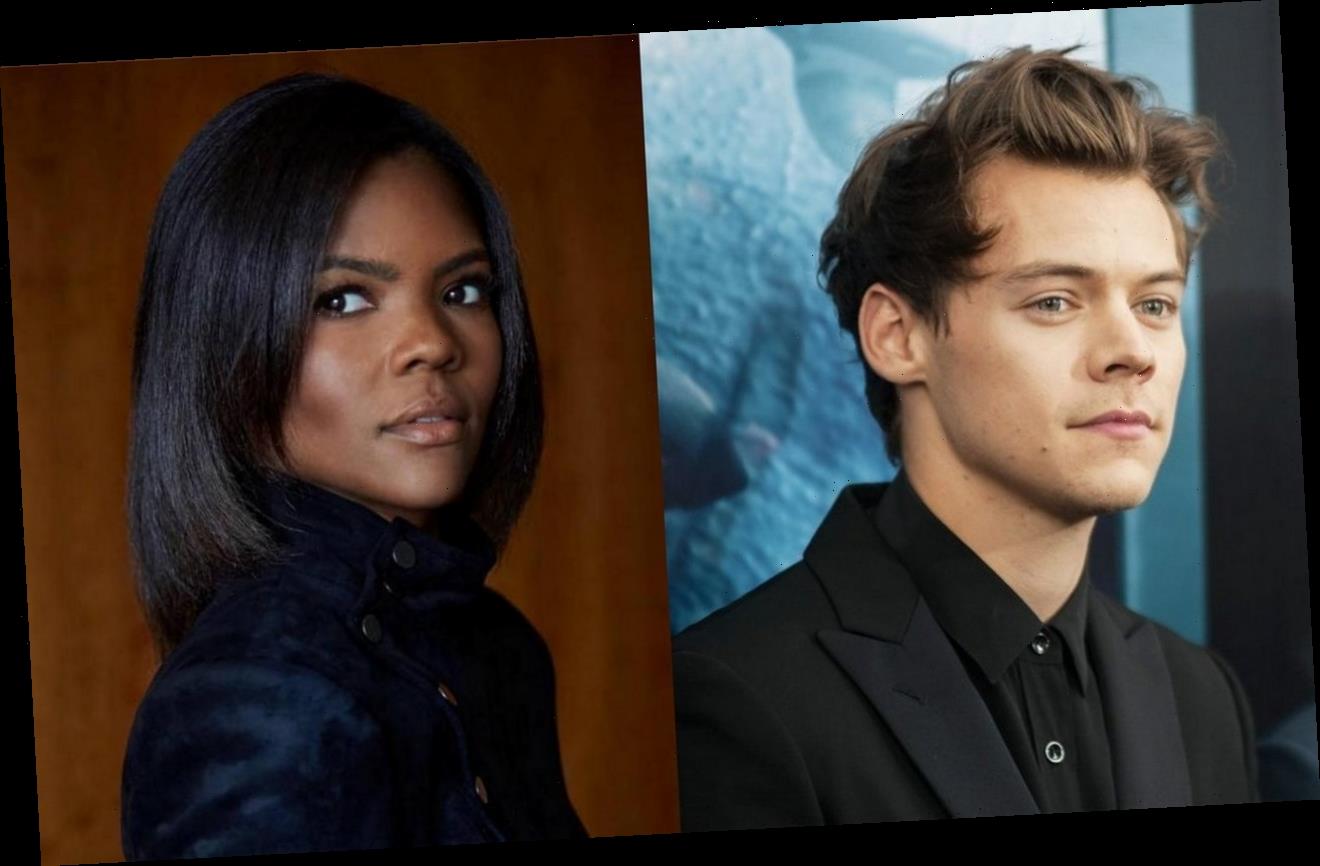 The ‘Watermelon Sugar’ hitmaker makes fun of the female conservative political pundit for criticizing his gender-defying style featured on the front page of Vogue magazine.

AceShowbiz -Pop superstar Harry Styles has brushed off criticism of his gender-defying Vogue magazine cover by mocking a comment made by conservative political pundit Candace Owens.

The “Watermelon Sugar” hitmaker made history last month (Nov20) by becoming the first male to grace the front of the fashion bible solo, but his decision to embrace his feminine side by posing in a Gucci ball gown for the groundbreaking cover drew harsh remarks from some critics, including Owens, who demanded, “Bring back manly men.”

On Wednesday (02Dec20), Styles poked fun at the uproar on Instagram by sharing a picture of himself wearing a powder blue suit with a ruffled shirt, while eating a banana, from his new interview with Variety, and used Owens’ same words as his caption.

He also addressed the backlash in the magazine itself, insisting he is really enjoying experimenting with gender-fluid fashion.

Styles said, “To not wear (something) because it’s females’ clothing, you shut out a whole world of great clothes. And I think what’s exciting about right now is you can wear what you like. It doesn’t have to be X or Y. Those lines are becoming more and more blurred.”

Harry Styles has since received support from the likes of Olivia Wilde, Kathy Griffin, Zach Braff, and Representative Alexandria Ocasio-Cortez. While Wilde simply called Owens “pathetic,” Braff wrote a longer comment, “Our whole lives boys and men are told we need to be manly. Life is short. Be whatever the f**k you want to be.”