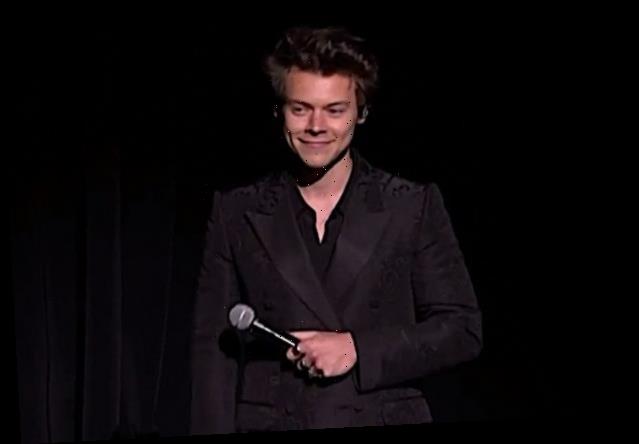 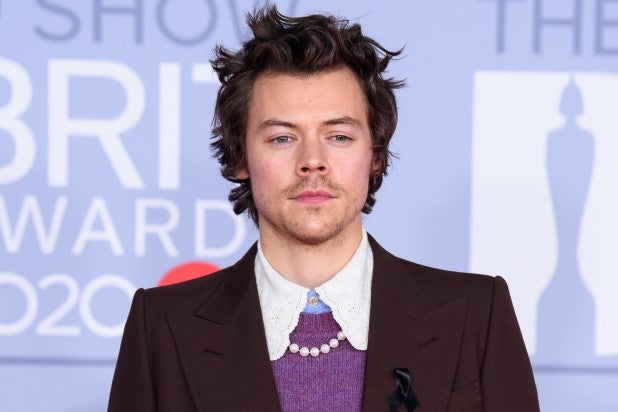 They say a picture is worth a thousand words, but Harry Styles’ most recent Instagram caption mocks conservative commentator Candace Owens with just four: “Bring back manly men.”

The singer and actor responded Wednesday to Owens’ mid-November outrage over his appearance on the cover of Vogue in a dress by posting a new picture to the photo-sharing app. In it, he’s clad in a powder blue suit with a pleated blazer, ruffled shirt peeking out from his sleeves as he holds a banana to his mouth.

The caption echoes her Nov. 14 tweet: “There is no society that can survive without strong men. The East knows this. In the west, the steady feminization of our men at the same time that Marxism is being taught to our children is not a coincidence. It is an outright attack. Bring back manly men,” she wrote in response to a tweet from Vogue promoting its new Styles interview.

On the cover, which was the first one ever to feature a man by himself, Styles wore a Gucci dress. The tweet that prompted Owens’ criticism used this quote from his accompanying interview: “There’s so much joy to be had in playing with clothes. I’ve never thought too much about what it means-it just becomes this extended part of creating something.”

Prior to Wednesday’s banana-eating snap, Styles had not posted anything on Instagram since revealing the Vogue cover Nov. 13. Once that cover was revealed, Styles and the Vogue team were met with praise for breaking gender norms for both fashion magazine cover models and men at large. That same level of engagement was applied to Owens’ tweet, which prompted actress Olivia Wilde to say the political commentator was “pathetic.” Others quickly joined in and she trended on Twitter.

The conservative commentator responded by tweeting “I inspire global conversation” and posting a photo of Styles from the set of the war movie “Dunkirk.”