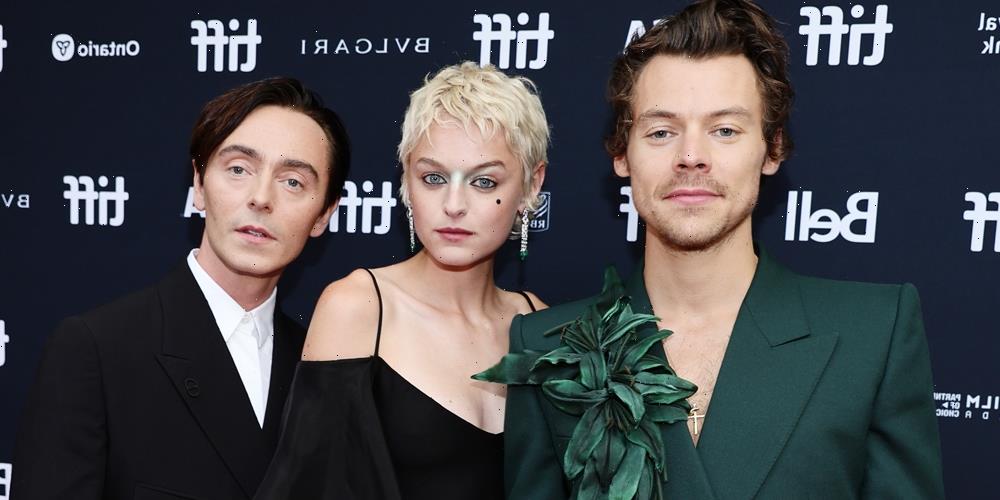 Harry Styles headed straight to see the waiting fans who were at the premiere of his new movie, My Policeman, during the 2022 Toronto Film Festival at Princess of Wales Theatre on Sunday (September 11) in Toronto, Canada.

The 28-year-old musician and actor signed some autographs and took some selfies with a few lucky people before meeting up with co-stars Emma Corrin, David Dawson, and Rupert Everett on the red carpet.

Director Michael Grandage and producers Greg Berlanti and Robbie Rogers were also at the event.

Here’s the summary for My Policeman: Tom, a policeman in 1950s Britain, falls in love with a schoolteacher on the Brighton coast. However, he soon begins a passionate same-sex affair with a museum curator, in spite of homosexuality being illegal.

My Policeman is set to premiere on October 21.

Click inside to see 60+ pics of Harry Styles, David Dawson and Emma Corrin at the My Policeman premiere…