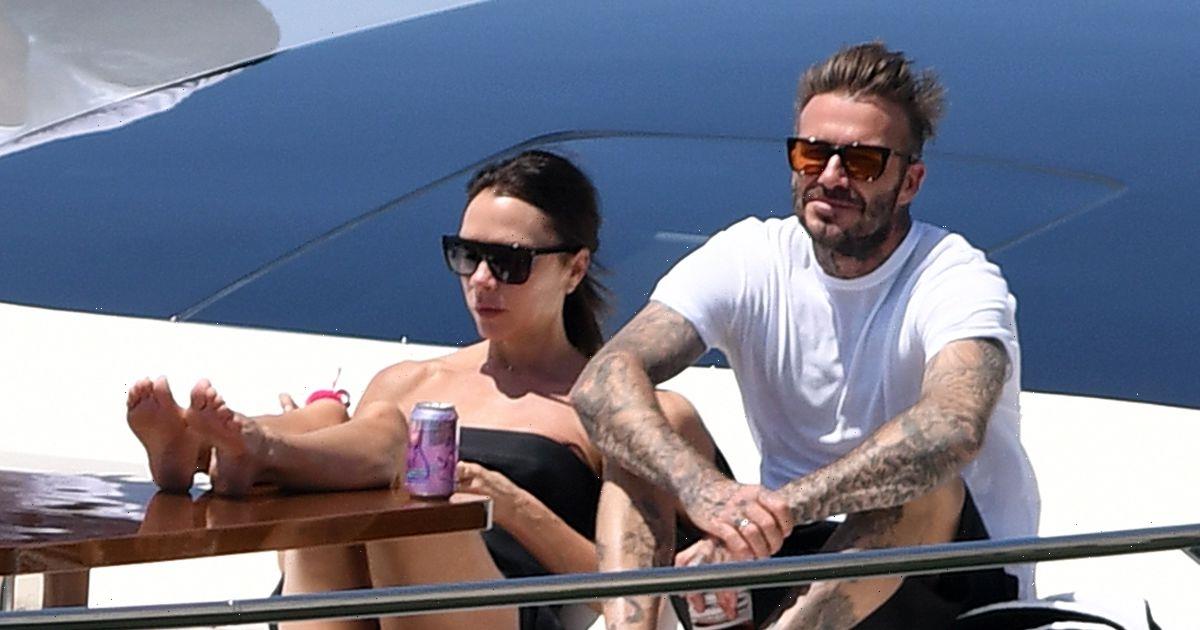 Victoria and David Beckham's youngest child and only daughter Harper Seven Beckham showed her Posh side as she enjoyed a luxury superyacht trip with her parents on Saturday.

Harper, was also accompanied by her brother Romeo, and enjoyed the lavish trip on her parent's £5 million superyacht during their family holiday in Miami.

The ten year old donned a stylish black and lilac graphic T-shirt and light blue denim pair of jeans – with a hint of her mother's sense of style.

She held a refreshing glass of water and stood in the shade as she took a break from the sun rays in the photo.

Harper appeared to have grown up overnight in the photo, while the striking resemblance to her former Spice Girls star mum remained apparent.

All four Beckhams enjoyed a tranquil trip in Miami days ahead of David and Victoria's eldest son Brooklyn's wedding to Nicola Peltz.

David, 46, and Victoria's son Brooklyn is reportedly due to wed Nicola on Saturday 9 April, reportedly set to take place in Florida.

Reports recently revealed the couple will tie the knot at Montsorrel; a £76-million, 27-bedroom, Regency-style oceanfront estate in Palm Beach, Florida, which is owned by Brooklyn's billionaire future father-in-law.

Keeping it chill before the big day, the Beckhams soaked up some sun as they sailed across the Atlantic Ocean.

Victoria, 47, seemed relaxed as she was seen in a black bandeau top and shorts of the same colour.

Posh Spice shielded her eyes with a pair of her signature large, dark sunglasses as she held onto a soft drink and relaxed next to her former professional football player husband David.

She had her hair ties back into a low ponytail, much like her daughter's hairstyle, and rested her legs on the table in front of her.

David smiled as he sat next to his wife of 22 years, looking fresh in a plain white tee and black shorts. He also wore a pair of large statement glasses with his ensemble, which had an orange lens and black frame.

Becks sat up and looked to be deep in thought, perhaps about his son's big day, on a spacious seating area on the yacht and had a monochrome towel rolled up and placed next to him should he or Victoria wish to take a dip in the sea.

The couple were enjoying quality time with their children on the current break following reports of a break-in to their London-based home.

Posh and Becks were said to be home with their ten year old daughter Harper when the incident occurred, and the damage wasn’t discovered until their son Cruz, 17, came in from an evening out with friends.

A room in their home was said to have been “ransacked" while the window had been smashed in, and according to The Sun, the burglar had gotten away with thousands of pounds of designer and electric goods.

David and Victoria are reportedly "extremely upset and worried" as the burglary casted a cloud over the upcoming wedding, a source has said.

A source recently told OK!: "There's been a series of burglaries and break-ins along their road. Quite a few stars live down there so it's definitely a target. They're extremely upset and worried.

"They already have security but they're going to heap it up. They're getting security for the road as well as their own security, they want to go the extra mile.

"They're worried because they have Brooklyn's wedding coming up so they will be in America for a little while and don't want to leave the house.

"It's really put a black cloud over the wedding. They're really distressed and very worried that they'll be targeted as a family again."