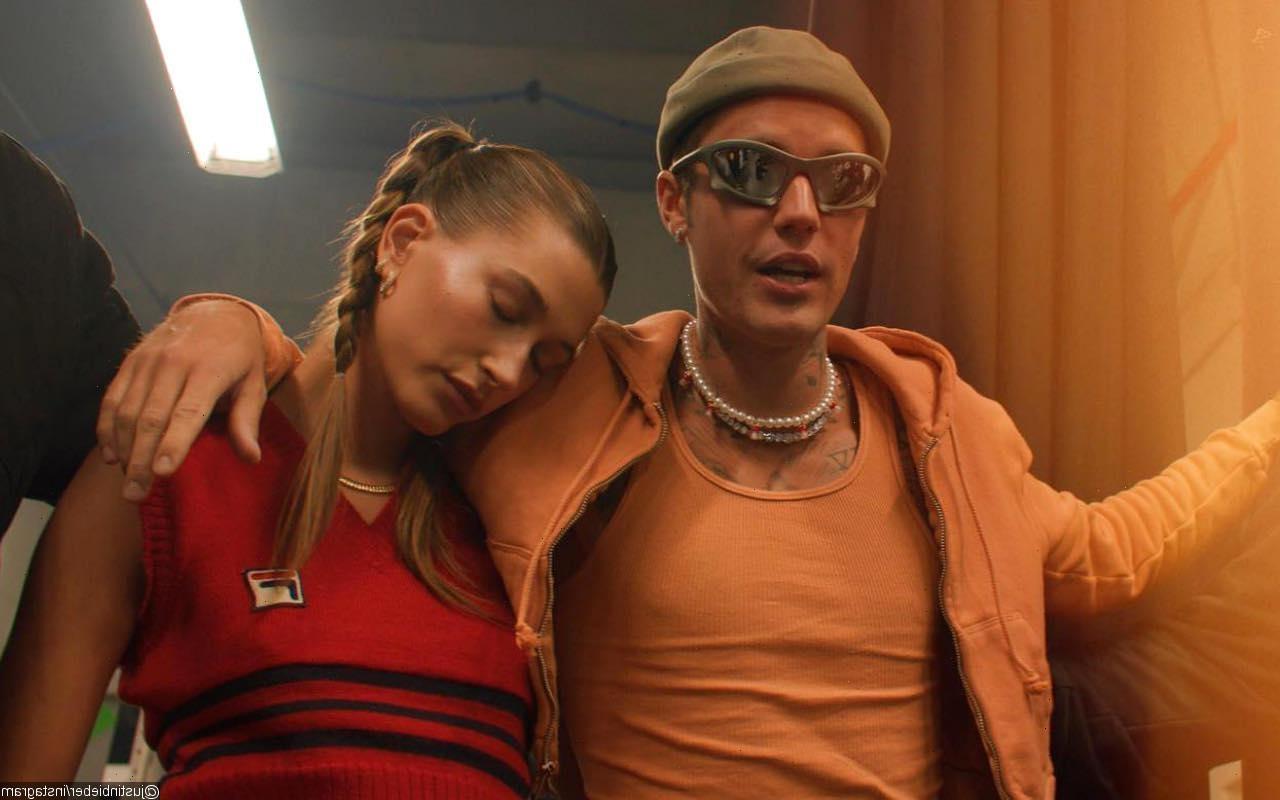 The model, who recently underwent surgery to close a hole in her heart, claims that going public with her and the ‘Peaches’ hitmaker’s health issues ‘opened up a lot of really amazing and important conversations.’

AceShowbiz –Hailey Baldwin and Justin Bieber have been brought closer together by their health scares. Still recovering from the effects of a mini-stroke in March, the 25-year-old model made the claim days after her 28-year-old husband revealed he is suffering facial paralysis from Ramsay Hunt Syndrome.

Baldwin told “Good Morning America” when asked about how they have handled their health frights, “I think going through it very publicly, in front of a lot of people, it kind of forces you in a way to just be upfront about what is going on, so that people understand what you’re going through. And I think it opened up a lot of really amazing and important conversations.”

Baldwin added about her “Yummy” singer husband’s progress, “He’s doing really well, he’s getting better every single day. He’s feeling a lot better. And obviously it was just a very scary and random situation to happen, but he’s going to be totally okay. And I’m just grateful that he’s fine.”

Explaining how she is feeling after undergoing surgery to close a hole in her heart, Baldwin said, “I feel a lot better after that situation, I feel good… and I’m just giving my body the time to heal and recover.”

“It was a little hard for me to recover from the procedure, just giving myself the time to be able to work out again and feel like normal if that makes sense, but I am doing well now,” she added. “I’m not having to be on any medication anymore so I feel good.”

Bieber announced his paralysis in a three-minute video on Friday, June 10, and said in an update for fans on Monday, June 13, “Wanted to share a little bit of how I’ve been feelin’. Each day has gotten better and through all of the discomfort I have found comfort in the one who designed me and knows me.”

The “Baby” hitmaker’s rare neurological syndrome, caused by the same virus that causes chicken pox and shingles, is said be experts to be temporary, with many sufferers recovering within weeks if there is no serious nerve damage.