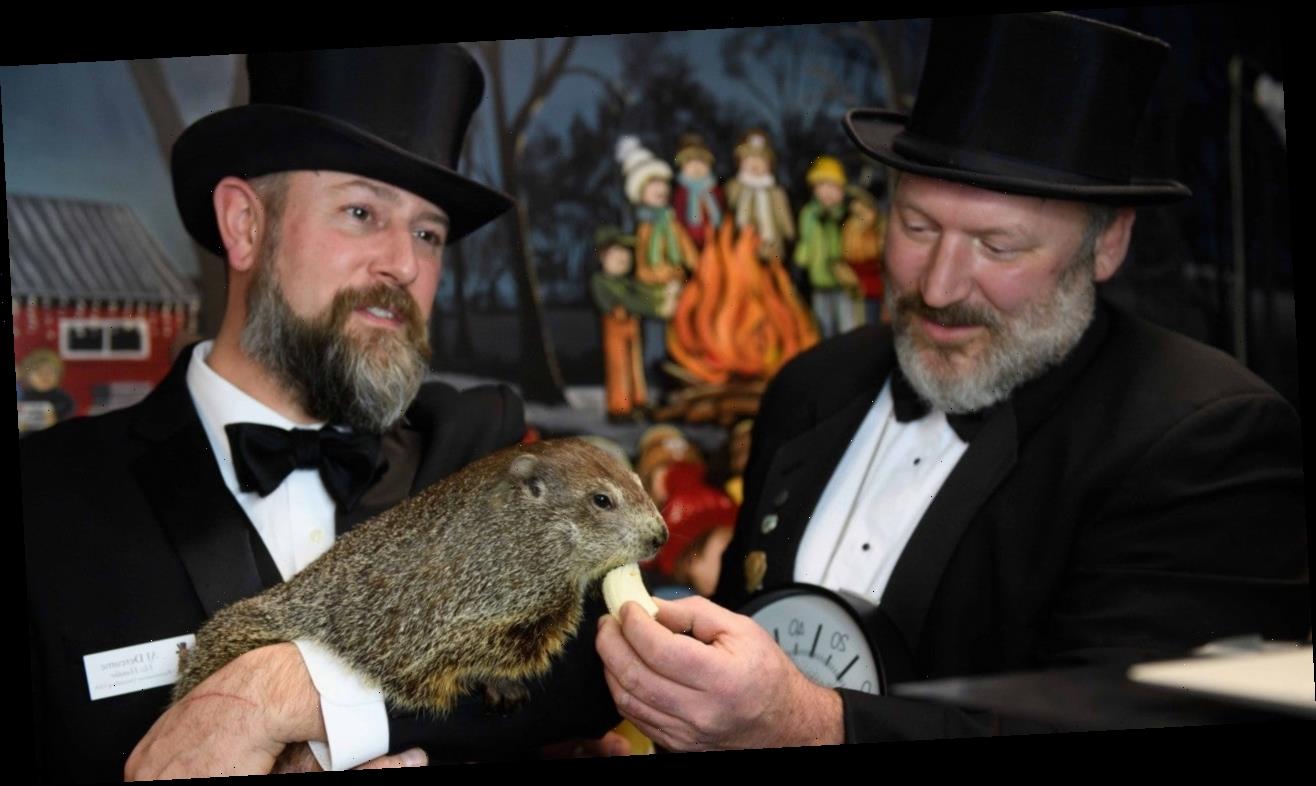 Pennsylvania’s most famous groundhog emerged from his burrow on a snowy Tuesday morning and saw his shadow, declaring there would be six more weeks of winter.  Members of Punxsutawney Phil “inner circle” woke up the furry critter at 7:25 a.m. in Punxsutawney, Pennsylvania, to see whether he would see his shadow or not.

The spectacle that is Groundhog Day at Gobbler’s Knob in Punxsutawney went on but this year, it was all virtual because of the coronavirus pandemic.

Shortly after this year’s prediction was revealed, one of the members of the inner circle shared a message he said Phil had told him earlier in the day: “After winter, you’re looking forward to one of the most beautiful and brightest springs you’ve ever seen.”

Another member of the “inner circle” noted the uniqueness of the past year.

“People have been referencing Groundhog Day. It has felt like at times we’re all living the same day over and over again,” one of the members said. “Groundhog Day also shows us that the monotony ends. The cycle will be broken.”

“Today actually is Groundhog Day, there’s only one,” he added. “There is quite literally a new day coming over the horizon.”

According to records dating back to 1887, the Pennsylvanian prognosticator has predicted more winter more than 100 times. Last year, Phil predicted an early spring.

A livestream, which had more than 15,000 viewers at one point, played footage from previous Groundhog Day’s ahead of the big reveal.

Then of course, the prognosticator of prognosticators – assisted by his Inner Circle – emerged at dawn. The lore goes that if he sees his shadow as he did this year, there will be six more weeks of winter. If he doesn’t, spring comes early.

The livestream from Gobbler’s Knob, a tiny hill just outside Punxsutawney about 65 miles (105 kilometers) northeast of Pittsburgh, is made possible by the Pennsylvania Tourism Office’s Holi-stay PA. The event there – always Feb. 2 – dates back to 1887.

Phil this year, like many years in the past, gave his forecast during a major snowstorm that  hit the entire Northeast.

Jeff Lundy, the president of the Groundhog Club, told CBS Pittsburgh: “I’ve been doing this for a long time. I did not really understand the economic impact until now. And now I see it, because so many businesses they don’t depend on on Groundhog Day, but it really is that extra income that you may not get so it has had a, it has had a very, very negative impact on the community.”