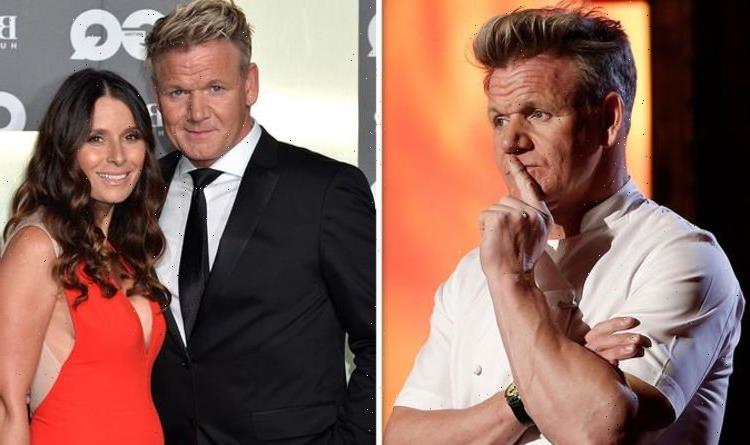 Gordon Ramsay, 54, would like to add to his family of seven and have another baby. The celebrity chef only just welcomed his youngest child, two years ago, but is already prepared to be a father again.

But the couple has said that the sleepless nights, tantrums and nappies have only increased their desire to add to their brood.

In a new interview with The Mail’s You Magazine, Gordon joked his wife was four months pregnant.

He quickly added: “Tana’s going to kill me. I’m joking. No, we discussed having another baby. I said it was a great idea.

“She said: ‘Well, let’s start planning’. So I’m like: ‘Oh my god, just pause for two seconds. I’m going to be the oldest dad at school, what’s going to happen on sports day?’

“But it’s something we’d still consider, because it’s been such a joy spending time with Oscar.

He again clarified that she isn’t pregnant, but said they are “contemplating”.

The couple are already parents to Megan, 23, twins Jack and Holly, 21, Strictly star Tilly, 19, and Oscar.

In the same interview, Gordon spoke out about his daughter’s Holly’s sexual assault for the first time.

The famous chef revealed how proud he was of Holly for how she dealt with the horrific event that left her suffering from post-traumatic stress disorder.

He said that lockdown was to thank for helping understand what his daughter had been through.

Gordon revealed that Holly is in “an amazing position” after “dealing” with what had happened.

He continued: “The pandemic, from a dad’s point of view, was perfect timing because we got to spend quality time together, and we got to understand what she’s gone through, she’s absolutely fine now, there was a healing process.”

Gordon added that he is particularly protective when it comes to his three daughters and potential boyfriends.

“Yeah, it’s very hard because there are so many little idiots out there that want to take advantage of our girls,” he explained.

Holly shared that she spent months in the private rehab hospital The Nightingale after suffering anxiety, PTSD and depression.

The daughter of the celebrity chef explained that she had to drop out of studying fashion design at university when she began to feel “very affected” by her mental health.

Speaking on her new podcast 21 & Over, Holly explained that she enrolled in fashion design at university, saying: “I loved it. It was a very intense course. But by the second half of the first year I was being affected by my PTSD and I had no idea that this was happening.”

Holly dropped out of Ravensbourne University after one year and was admitted as an inpatient to the Nightingale Hospital in Marylebone.

She continued: “Since then, I have been in therapy up to three times a week. I now have these diagnoses that I carry around with me. It’s confusing and I’m trying to take control of my narrative and use that to make something good.”