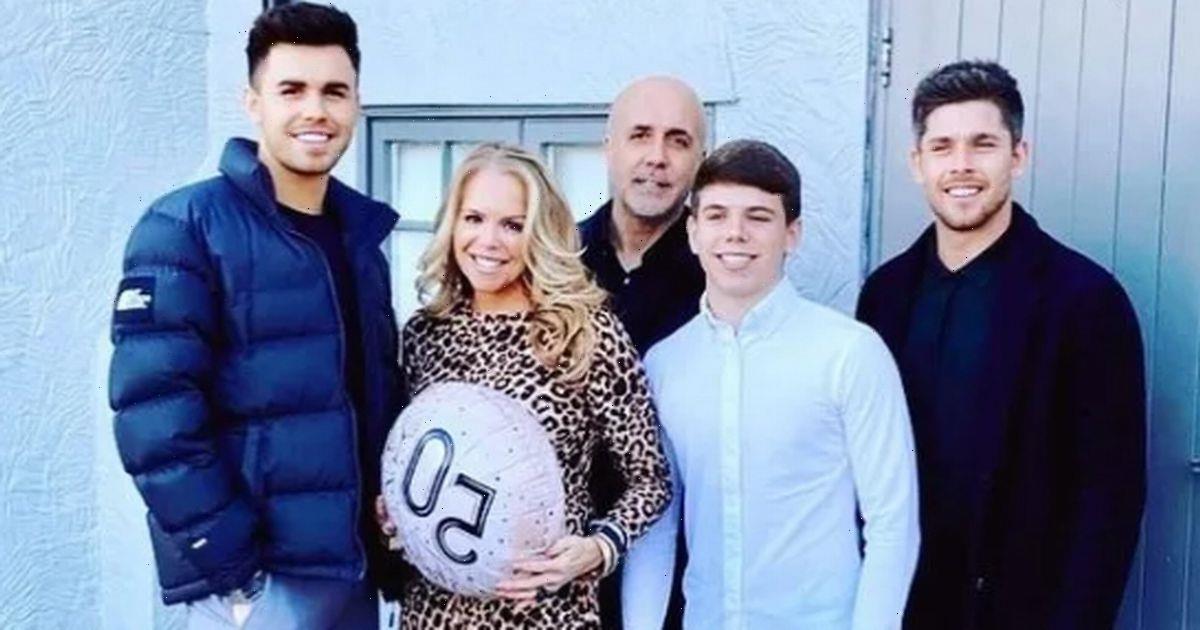 Gogglebox’s Lisa Baggs has shared a rare picture of her eldest son Danny who didn't appear on the popular Channel 4 show with the rest of his family.

Lisa took to Instagram on Sunday to show off a black and white image of sons Danny, 33, and George, 18.

Reacting in the comments, most fans were blown away by how “handsome” her sons are, with one person writing: “Handsome lads you have .. bless em.”

Another person quipped: “I’m super annoyed how attractive the whole family is. You’ve definitely got some amazing genes there.”

A third added: “Of course George has a vape in his hand.”

The Baggs family, who left the show after three seasons earlier this year, are usually seen as a family of four.

Terry, 56, Lisa, 50, Joe, 24, and George all became fan favourites on the show, with fans falling in love with their over-the-top reactions.

But back in May, the family revealed that they were stepping away from the sofa to explore other opportunities.

They explained: "After 3 incredible seasons on Channel 4’s Gogglebox, we have taken the decision to leave the show.

"We have loved every second of being part of the Gogglebox family and it’s truly been the opportunity of a lifetime.

“With lots of exciting opportunities approaching for us all, we just couldn’t commit to filming another series, but are so grateful for the opportunity.

“Thank you for all your support whilst we have been on the show. We hope that you’re as excited as we are for what’s coming next! Much love, the Baggs."

Both Joe and George have bustling TikTok accounts, with 1.4 million and 1 million followers, respectively, and have appeared on numerous podcasts in the last couple of months.

Even before their announcement, some fans questioned whether they had been axed from Gogglebox after they were absent from a previous series.

To combat the rumours, Lisa took to social media and said: "I can categorically confirm this is a total LIE! Due to Covid restrictions we are unable to film this current series. Channel 4 have been wonderful to work with and we hope to be back one day soon.”

Joe added: "Frustrating to address this but we weren't dropped. Due to the lockdown there aren't enough cameras to go around to the entire cast, and therefore we decided as a family to take a series off.

"Of course there was criticism about us, the producers said this happens to all new families so it's not uncommon and not a reason people get cut from the show."