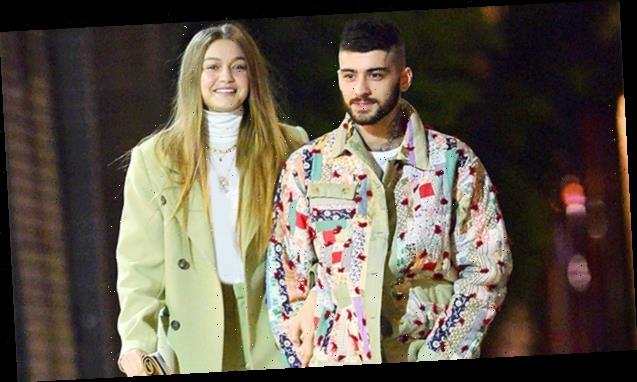 Three months after Gigi Hadid gave birth to her and Zayn Malik’s daughter, the model shared a sweet throwback to her pregnancy, one that showed her baby daddy giving her a big kiss!

“K, let’s do it,” Gigi Hadid posted to her Instagram on Dec. 27 while participating in the viral “Post A Picture” Q&A trend. Gigi, “pls don’t say ‘the baby’ it’s not happening.” While Gigi wasn’t willing to show her and Zayn Malik’s newborn daughter, she didn’t object to sharing a rare PDA photo back when she was still pregnant. Among the series of questions she answered was one of Zayn, 27, on May 30 (“2016,” she clarified) and one on April 3. “2020,” Gigi, 25, captioned the photo of Zayn leaning in to kiss the then-pregnant Hadid. With Gigi and Zayn keeping most of her pregnancy out of the public eye, this was quite a rare treat for fans.

Gigi and Zayn announced the arrival of their daughter on Sept. 23. Recently, the model has been generous with the throwback photos. At the start of December, she shared a series of photos taken “the night before I went into labor.” In the first two, her bump is on full display in her black button-up tracksuit. She also shared a look at her daughter’s nursery. A week later, Gigi’s mother, Yolanda Hadid, 56, posted a throwback to the baby’s sex reveal. “This PINK baby news was the highlight of our year 2020,” Yolanda captioned the photo of the smiling parents-to-be. 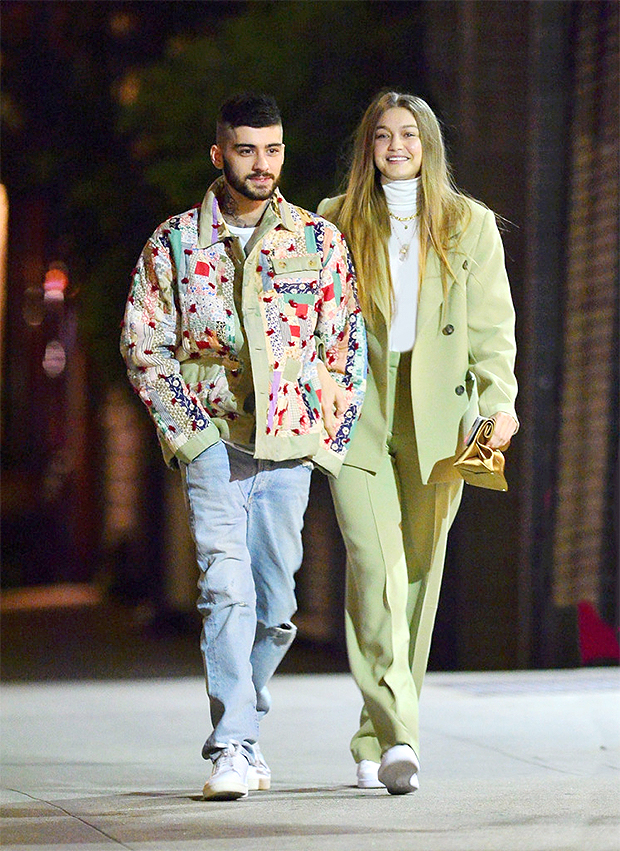 2020 may end without Gigi and Zayn revealing the name of their daughter. With secrecy and privacy being the m.o. for most of the pregnancy, this wouldn’t be all that surprising. However, some fans have speculated that Gigi – a close friend of Taylor Swift – named the child “Dorothea.” In August, Taylor confirmed that she identified Blake Lively and Ryan Reynolds’s previously unnamed daughter Betty on the song of the same name off of folklore. Through a wild fan-theory, Swifties have theorized that Gigi’s daughter is called Dorothea.

Whatever Gigi’s daughter is called, she was probably having a wild time on Dec. 17. Gigi, looking incredibly chic in a pair of white boots and a long black coat, took her daughter out to experience her “first snow.” In a picture posted to her Instagram, Gigi is seen pushing a baby stroller down a snowy street, her daughter completely hidden from view.  Gigi has shown some photos of the baby, but none have revealed her daughter’s face. The closest the privacy-minded model has come has been in November when she shared the top of the baby’s head.