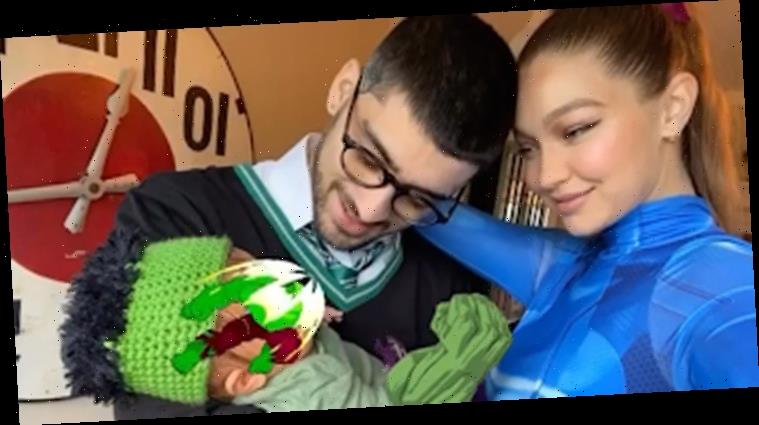 Gigi Hadid is sharing a new photo of her daughter!

The 25-year-old model took to her Instagram to share a bunch of photos celebrating her first Halloween as a mom.

In the post, Gigi showed off her rocking post-baby body in a skintight, blue bodysuit while dressed up as video game character.

Then on her Story, Gigi shared the first family photo with boyfriend Zayn Malik holding their one-month-old daughter.

For their costumes, the 27-year-old singer dressed up as a Slytherin character from Harry Potter while their daughter sported a little Hulk knit cap. Gigi covered up her baby’s face with a Hulk emoji.

Gigi and Zayn welcomed their baby girl back on September 19. As of right now, they haven’t revealed their daughter’s name yet.