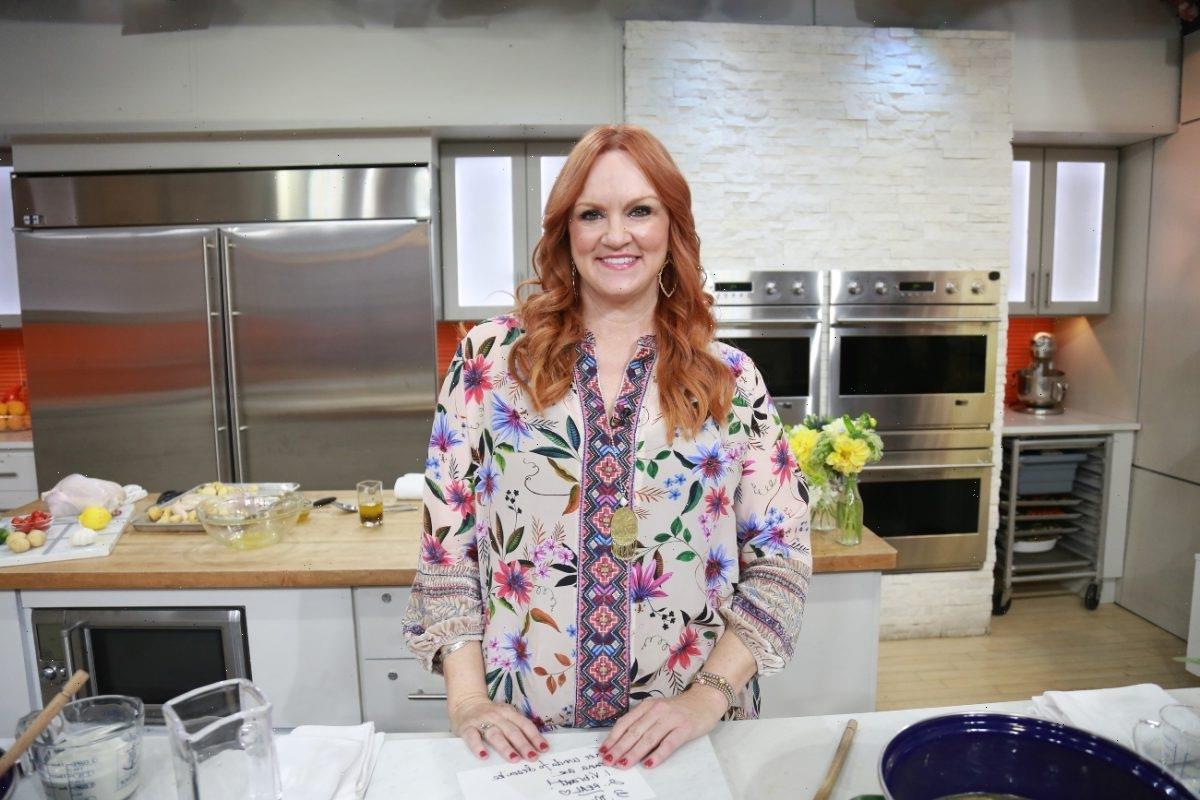 Ree Drummond is making her acting debut in a new holiday movie called Candy Coated Christmas and fans finally got a peek at The Pioneer Woman star in action. A Food Network behind-the-scenes video shows Drummond flexing her acting talents, as she plays a bakery owner in the movie.

The Food Network shared a behind-the-scenes video of Candy Coated Christmas on YouTube and fans got a look at Drummond’s acting chops.

“Coming this holiday season, only from Food Network and discovery+, our first-ever scripted original movie,” the voiceover explained. The video gave “an exclusive sneak peek” of the new movie.

In the video, Drummond’s acting is on display as she waits on one of the main characters in a bakery. “Today we are shooting in Bee’s bakery and I am Bee… so this is my bakery,” Drummond explained. “And I’ve got it all decked out for Christmas. The bakery shelves are full of Christmas treats and I just think it looks absolutely magical in here.”

Molly McCook, who plays Molly Gallant, explained how her character comes to the small town of Peppermint Hollow “to sell her mother’s childhood home” because she’s broke. Aaron O’Connell, who plays Noah Winters, shared how “Molly comes in and basically turns his world upside down.”

The cast discussed the food that viewers will see in the movie as well — including some of Drummond’s recipes! “I contributed some of my own recipes to Bee’s bakery and it’s going to be fun to see my recipes come to life,” she shared. “I think it’s the perfect first Christmas movie for Food Network and discovery+.”

There’s plenty of excitement over Drummond’s role in the movie, as evidenced by some of the YouTube video’s comments. “Ree should do more acting,” one fan noted. “She seems pretty good at it.”

Others commented, “This should be cute. Can’t wait to watch,” “Can’t wait… love Ree Drummond,” and “Needs to be called Ree’s bakery not Bee’s bakery! Looks great!”

“I’m usually not into a lot of new Christmas movies, but this looks fun & I like the actors here,” another person commented. “Nice! It’s like a Hallmark movie but better! Congratulations Ree! Food Network & discovery+ ! Here’s to many more like it in the future.”

During an Oct. 19 appearance on The View, Drummond dished a little bit about her acting role, sharing that she’s unlikely to pursue this as a career move. “OK, so I’m not an actor but I have a role in a discovery+ Christmas movie called Candy Coated Christmas,” she said as the audience clapped.

“Now, before you applaud too much, I’m not pursuing an acting career,” she continued. “I play a bakery owner in a small town — so it’s not too much of a stretch.”

In an August Instagram post, Drummond admitted how nervous she was about tackling acting. “I was nervous filming this movie because I am not an actor and being on a movie set in Utah was a whole different experience than filming a cooking show in my own kitchen,” she explained. “Fortunately, once a woman hits her fifties, the possibility of embarrassing herself really doesn’t keep her from doing anything in life. Anyway, here are some behind-the-scenes shots of my first (and probably last!!!) acting gig.”