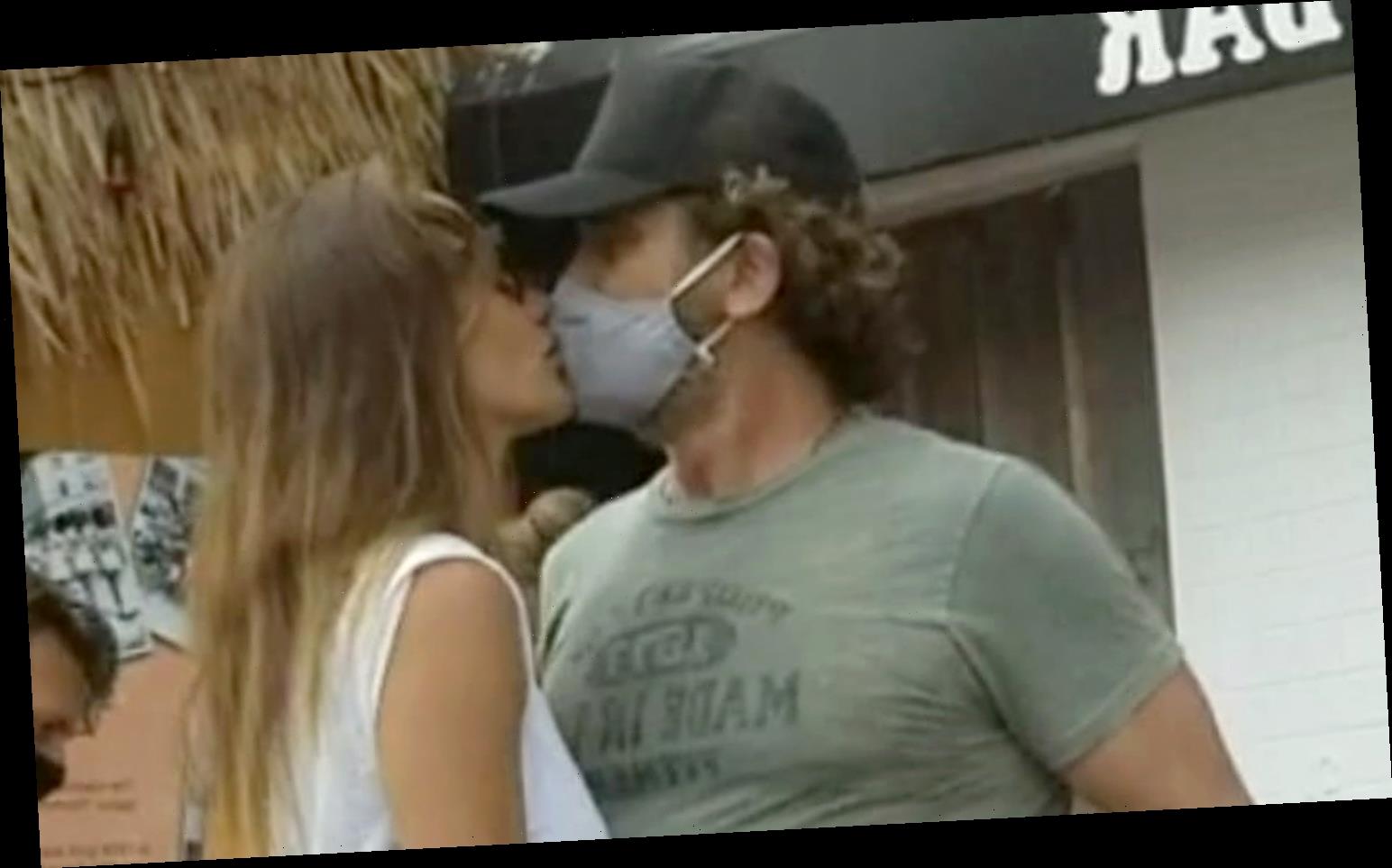 The 50-year-old Greenland actor wore a face mask while Morgan had hers off for the moment. The couple then rode their bikes away from the bar.

PHOTOS: Check out the latest pics of Gerard Butler

Gerard and Morgan were spotted last week while on a food run.

In other news, Gerard‘s movie Greenland has been pushed back from its August 14 release date to September 25 in the states. It’s going to be in theaters in Belgium, France, and Scandinavia in the next few weeks, according to Deadline. Will you be going to see it?